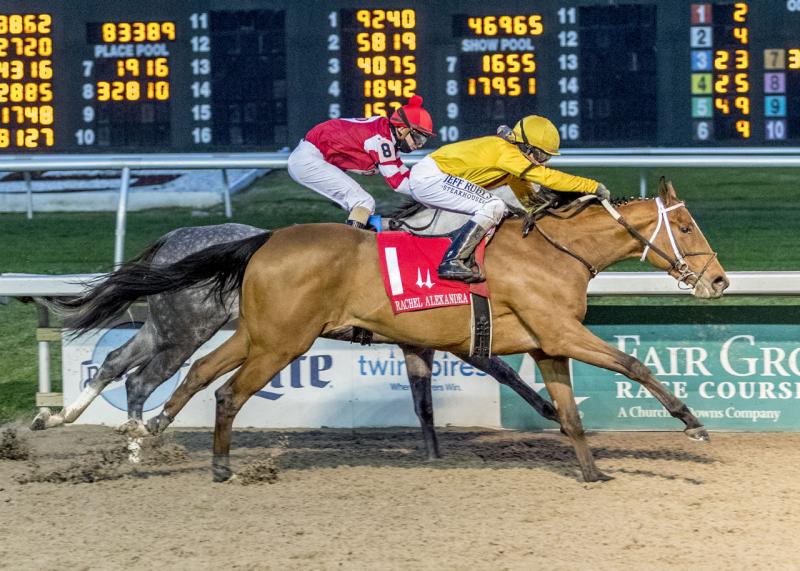 Stonestreet Stables’ homebred Clairiere had been collared by Travel Column late in the Nov. 28 Golden Rod S. (G2), but turned the tables in Saturday’s $300,000 Rachel Alexandra S. (G2) at Fair Grounds. This time the one rallying in deep stretch, the Steve Asmussen trainee got up by a neck to earn 50 points toward the Kentucky Oaks (G1).

Clairiere was scoring a sentimental victory, since race honoree Rachel Alexandra spent much of her Hall of Fame career with the same connections. Adding to the meaning, both of Clairiere’s parents were Stonestreet stars themselves – Hall of Famer Curlin and multiple Grade 1 winner Cavorting.
A last-to-first debut winner at Churchill Downs, Clairiere was making just her second start in the Golden Rod. The bay made a good move to take charge in the stretch, but Travel Column, who had the benefit of stakes experience, played her hand later to prevail.
The Rachel Alexandra, the comeback spot for both fillies, unfolded differently. Breaking a tad awkwardly and hitting the gate from her rail post, Clairiere settled in last with jockey Joe Talamo. Down the backstretch, the 2.30-1 second choice had room on the inside to advance, and she smoothly improved position until reaching the leaders’ heels turning for home.
Meanwhile, Travel Column, the even-money favorite, had taken up a more prominent spot in second. Longshot Off We Go scampered clear on the lead, but was spent rounding the far turn. Travel Column put her away in short order and tried to open up down the stretch.
But Clairiere was just beginning to unwind. Angling around Travel Column to see more daylight, Clairiere gained ever greater momentum and finally overhauled her. The winner negotiated 1 1/16 miles in 1:45.34 and now has a total of 54 Oaks points. Travel Column added 20 points, upping her account to 32.
The top two pulled 6 1/2 lengths ahead of the rest. Moon Swag closed to deprive Littlestitious of third, scoring 10 points for an overall total of 12. Littlestitious picked up five points in fourth. Next came Becca’s Rocket; Souper Sensational, who clipped heels; Zoom Up; and Off We Go. Charlie’s Penny, winner of the Silverbulletday, was scratched with an injury that has knocked her off the Oaks trail.
Clairiere has bankrolled $270,492 from her 3-2-1-0 record. She is the first foal from $2 million-earner Cavorting, a Bernardini mare who captured such major races as the Test (G1), Ogden Phipps (G1), and Personal Ensign (G1).
A daughter and granddaughter of Preakness (G1) winners (in Curlin and Bernardini), Clairiere is herself nominated to the Triple Crown. Might the Kentucky Oaks be a springboard to the middle jewel, as it was for Rachel Alexandra? Those ideas are all too premature at this stage, but one thing is clear: Clairiere has a license to keep improving with maturity.

"I'm extremely excited about who she is," Asmussen said. "This filly, the third run of her life, is just getting better. Races going further look like they'll be right in her wheelhouse.

"For her to win the Rachel Alexandra in the Stonestreet silks is extremely special. We'll discuss her next start with the team and she how we're doing. This filly has a very bright future." 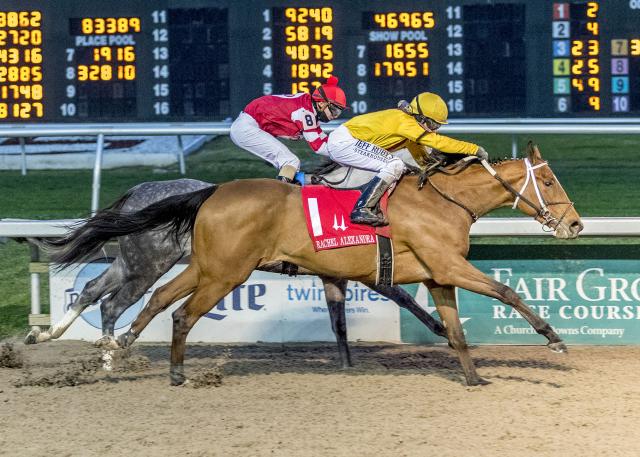