Runner-up to unbeaten Smile Happy in the Kentucky Jockey Club (G2), Classic Causeway will open his three-year-old season in Saturday’s $250,000 Sam F. Davis S. (G3) at Tampa Bay Downs. The Road to the Derby series qualifier awards 17 points to the top four finishers (10-4-2-1 scale), and an overflow field of 13, including one also-eligible, is set for the 1 1/16-mile race.

Along with the Davis, Tampa Bay will offer the $150,000 Suncoast S. at a mile and 40 yards, and Demoiselle (G2) heroine Nest tops eight fillies in the Kentucky Oaks qualifier.

Trained by Brian Lynch, Classic Causeway impressively broke his maiden by open lengths when making his debut at Saratoga in early September. He followed with a third as the favorite in the Breeders’ Futurity (G1) at Keeneland, and the Giant’s Causeway colt finished second by 3 1/4 lengths as the 7-5 choice in the Kentucky Jockey Club at Churchill Downs in late November.

Classic Causeway, one of four individual entrants from Pool 3 of this weekend’s Kentucky Derby Future Wager in the Davis, was flattered when Kentucky Jockey Club third-placer White Abarrio came back to capture the Holy Bull (G3) at Gulfstream last Saturday, and Irad Ortiz Jr. will be in for the mount.

Rafael Hernandez will be in to ride for God of Love, who will make his first start outside of Woodbine for Mark Casse. Jose Ortiz retains the assignment on Make It Big, who has won all three starts as favorite for Saffie Joseph Jr. Joe Talamo will guide Howling Time for Dale Romans.

Other runners of interest include Strike Hard and Mr Rum Runner, second and third in the Mucho Macho Man; multiple New York-bred stakes winner Shipsational; Trademark, unraced since a convincing allowance tally at Churchill Downs; Kitten Mischief, who exits a second in a Gulfstream allowance; and last-out maiden scorers Unpredictable Bay and Volcanic.

In the Suncoast, Nest figures to go favored for Todd Pletcher. The daughter of Curlin will cut back in distance after rallying to win the 1 1/8-mile Demoiselle at Aqueduct in early December, and Irad Ortiz Jr. has the return call.

Alittleloveduck will switch surfaces following an upset of the Jan. 1 Ginger Brew S. on Gulfstream’s turf, and Peaceful Surprise will jump to stakes competition after a nice debut win at Tampa for Christophe Clement. 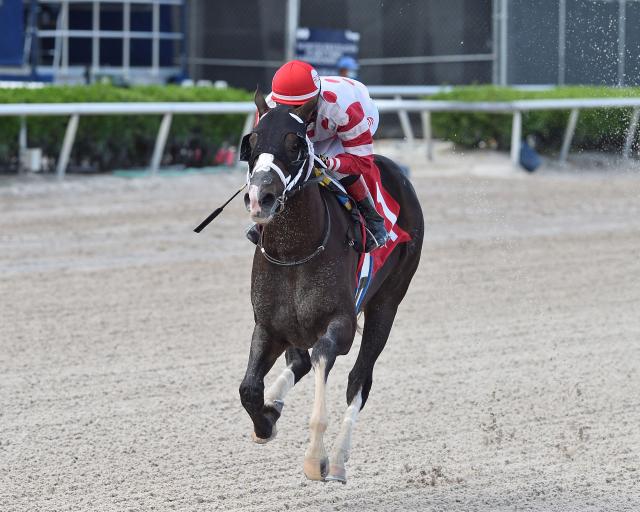