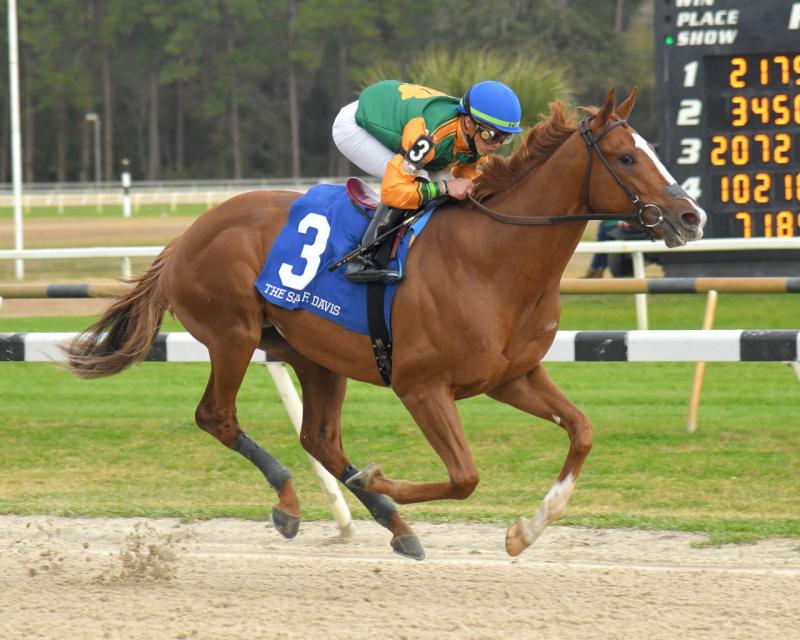 The 1 1/16-mile Tampa Bay Derby, a Road to the Kentucky Derby series prep, offers qualifying points of 50-20-10-5 to the respective top four finishers.

Classic Causeway dominated the Sam F. Davis by 3 3/4 lengths as an 8-5 favorite. It was the Giant's Causeway colt's first stakes win after placing as the public choice in both the Breeders' Futurity (G1) and Kentucky Jockey Club (G2) last fall.

"We've been fortunate to not miss a beat with him," trainer Brian Lynch said. "He has had two strong workouts (since the Sam F. Davis), and he is on schedule to go back to a track he really liked."

Winning both races has proven difficult in the past couple of decades. Since 2002, only Destin (2016) has won both the Sam F. Davis and Tampa Bay Derby.

Shipsational, second best in the Sam F. Davis after winning two New York-bred stakes last fall, is back for the rematch. Also returning from the Davis are also-rans Strike Hard, Golden Glider, and Trademark.

Trainer Todd Pletcher, who has won the Tampa Bay Derby a record five times and has had a horse finish in the top four every year since 2006, saddles Major General. The Constitution colt won the first Derby points-scoring race, the Iroquois (G3) at Churchill Downs on Sept. 18, by a neck when last seen. The Tampa Bay Derby has been won the last four years by horses making their season debuts.

Others of note in the field of 12 are Money Supply, who won debut going six furlongs on the Sam F. Davis undercard for trainer Chad Brown, and Breeders' Cup Juvenile (G1) third Giant Game, who finished up the track in the Holy Bull (G3) at Gulfstream last month.

Unfortunately for fans on track, the advance weather forecast calls for a 100 percent chance of rain on Saturday. Post time for the Tampa Bay Derby is 5:23 p.m. ET. It can be watched and wagered on at TwinSpires.com. 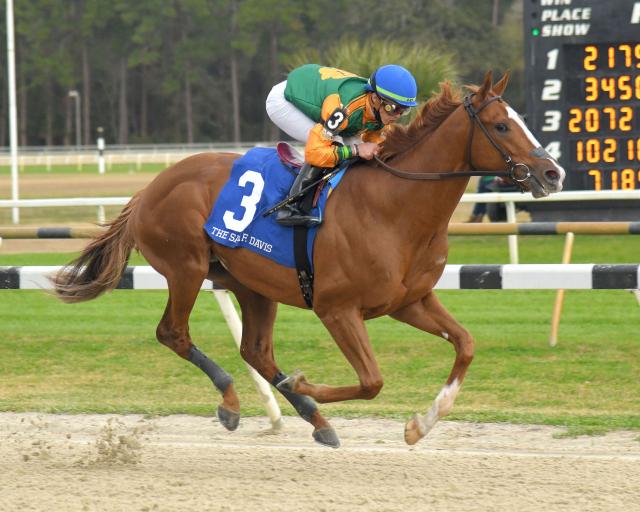