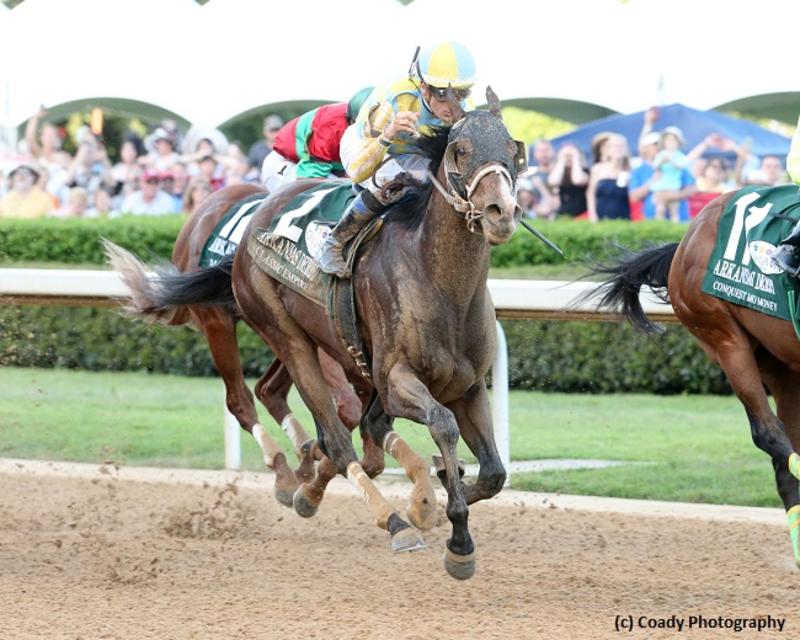 Classic Empire waited until the final major prep for the Kentucky Derby, the Arkansas Derby (G1) on April 15, to validate his status as a major contender. He came back from a 70-day layoff to post a half-length decision at Oaklawn Park and is now the probable favorite for the first leg of the American Triple Crown on May 6.

It was a long time between visits to the winner’s circle, with Classic Empire’s memorable Breeders’ Cup Juvenile (G1) performance in early November serving as the last tally. He registered a whopping 108 BRIS Speed rating at Santa Anita, establishing himself as the clear-cut divisional leader entering 2017.

However, a foot abscess was discovered following a disappointing third in his sophomore bow, the Holy Bull (G2) at Gulfstream in early February, and the 2-year-old male champion needed time off to recover, forcing connections to scrap a scheduled start in the Fountain of Youth (G2) a month later. The Mark Casse-trained colt wintered at Palm Meadows in South Florida and when he attempted to return to the worktab on March 3, jockey Julien Leparoux pulled him up due to back concerns. That necessitated treatments from an equine therapist to alleviate pain.

The chestnut excited fans when posting a half-mile breeze nine days later at Palm Meadows but Classic Empire suddenly refused to work at the same venue eight days later. That forced connections to send him to Winding Oaks Farm in Ocala, Florida and Classic Empire finally found a rhythm, recording four workouts between March 22 and April 8 at Winding Oaks, including a pair of swift 5-furlong drills from the starting gate. He was able to build the fitness necessary for the Arkansas Derby starting gate.

Classic Empire was not a finished product in the Arkansas Derby, registering only a 96 BRIS Speed rating after getting up late to win. He won’t rank among the top 10 when it comes to last-out Speed numbers (Brisnet.com has free Ultimate Past Performances for Kentucky Derby contenders in points order) and detractors will be eager to play against as a result.

I won’t be so quick to sell him short. He overcame a less-than-favorable trip after bobbling slightly at the start of the Arkansas Derby, a positive considering the potential for traffic woes in a 20-horse Kentucky Derby field, and is eligible to improve off the needed tightener. It’s fair to say the general consensus still holds Classic Empire to be the most talented member of his division (at least in training). He likes Churchill Downs (2-for-2) and remains a threat to overwhelm the competition with his natural ability.

The question is whether Classic Empire will be able to deliver a peak performance, at 1 ¼ miles under a 126-pound impost, given the detours he’s experienced along the path to the Kentucky Derby.

Classic Empire has a legitimate chance to win the Kentucky Derby if he can continue to move forward over the three-week interim from the Arkansas Derby. 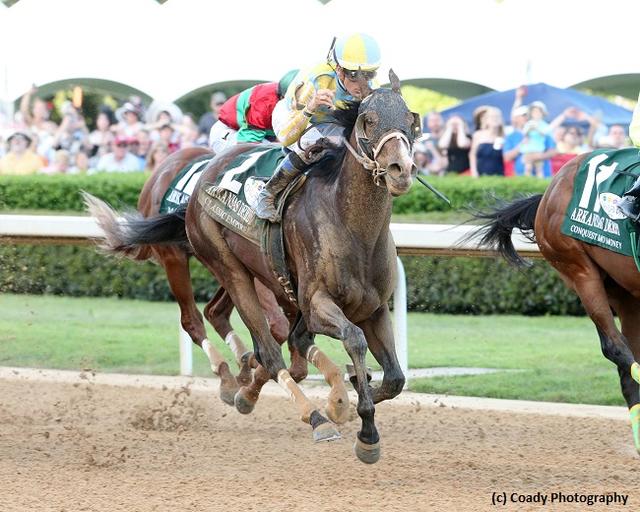