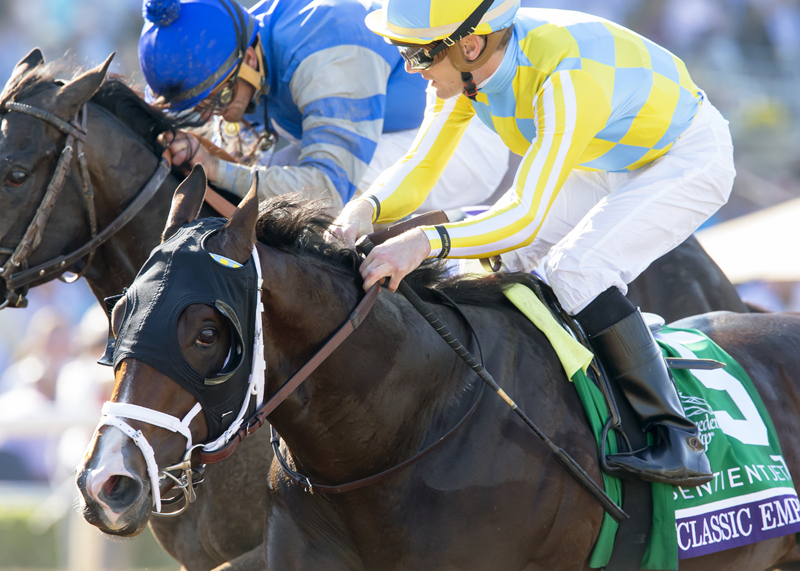 Classic Empire was crowned champion two-year-old male after closing out 2016 with a gutsy neck victory in the Breeders’ Cup Juvenile (G1) at Santa Anita Park.

On Saturday, the Mark Casse pupil returns to competition at Gulfstream Park as part of a nine-horse field entered in the $350,000 Holy Bull Stakes.

The 1 1/16-mile contest is part of the Road to the Kentucky Derby series of points races and will award 10-4-2-1 points to the respective top four finishers. Classic Empire currently sits atop the Kentucky Derby Leaderboard with 30 points, and could pad his lead over Gormley (20) with a victory in the Holy Bull.

In addition to the Breeders’ Cup Juvenile, Classic Empire also captured the Breeders’ Futurity Stakes (G1) and Bashford Manor Stakes (G3) last season. The only thing preventing him from being undefeated in five starts was losing his jockey in the Hopeful Stakes (G1) in early September.

Julien Leparoux has been aboard the Pioneerof the Nile colt since that mishap and retains the mount on Saturday.

Gunnevera will do his best to derail the early Kentucky Derby favorite in this spot. Trained by Antonio Sano, the chestnut son of Dialed In broke his maiden and took the Saratoga Special Stakes (G2) before tangling with Classic Empire in the Breeders’ Futurity. Gunnevera raced wide throughout that contest and ended up fifth on the wire, but rebounded nicely to romp by 5 3/4 lengths in the Delta Downs Jackpot Stakes (G3) in his juvenile finale on November 19.

Javier Castellano guided the Kentucky-bred in both of his stakes wins and will be in the saddle again for the Holy Bull.

A pair of unbeaten stakes winners also line up in the race.

Irish War Cry is two-for-two after breaking his maiden by 4 1/2 lengths and taking the Marylander Stakes, both at Laurel Park. He’ll be getting first-time Lasix while making his graded bow in this spot under new jockey Joel Rosario.

Fact Finding ran his mark to three-for-three with a seven-length decision in the Smooth Air Stakes at Gulfstream on December 10. The well-traveled gray took his initial outing at Saratoga in August and an allowance at Keeneland one month later. Regular rider John Velazquez has the call on the Todd Pletcher trainee. 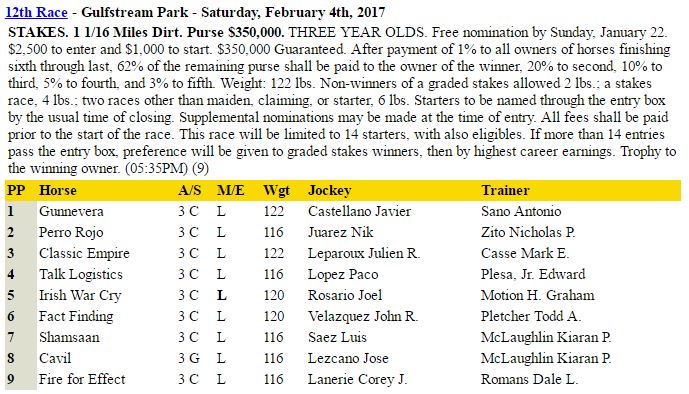 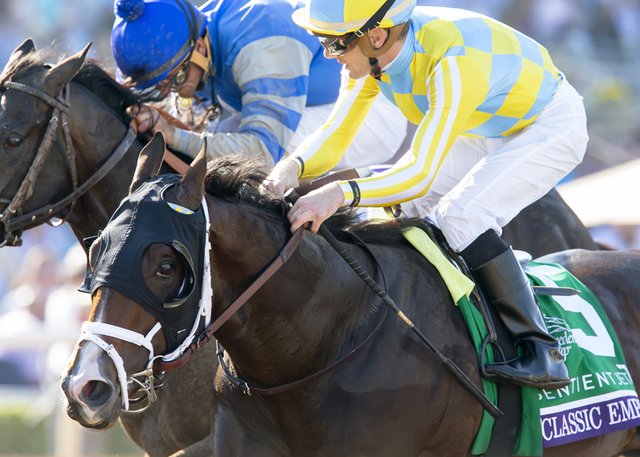