Code of Honor much the best in Dwyer 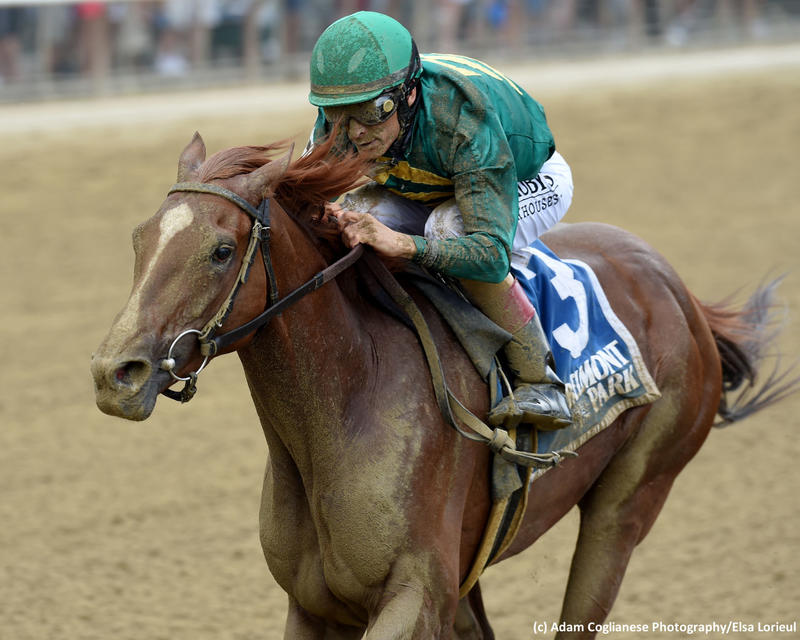 As the promoted runner-up in the Kentucky Derby (G1), W.S. Farish’s homebred Code of Honor held a class edge in Saturday’s $250,000 Dwyer (G3) at Belmont Park, and the even-money favorite flaunted it with a convincing 3 1/4-length victory.

Hall of Fame trainer Shug McGaughey opted to freshen Code of Honor after the Derby, with a view toward a summer campaign targeting the August 24 Travers (G1). The son of British star Noble Mission (Frankel’s full brother) responded in a way that suggests he could make a bid for leadership in a muddled division.

Confidently handled by Hall of Famer John Velazquez, Code of Honor bided his time in last as Majid set the pace. Whiskey Echo pressed the leader, tracked by Final Jeopardy, who made his move entering the stretch. At the same time, Code of Honor was improving his position, and as soon as he got a gap, shot through to win going away in 1:35.81 for the fast-track mile.

Final Jeopardy – a stablemate of demoted Derby winner Maximum Security – held second by a length from Rowayton. Mihos loomed out wide before tiring to fourth, but might have needed this race off a five-month layoff. Majid and his early nemesis Whiskey Echo trailed.

The last time Code of Honor raced at Belmont, he was a fantastic runner-up in the October 6 Champagne (G1), where he recovered from a bad start to finish strongly. That was especially commendable since he’d wired his career debut at Saratoga, and employed the opposite running style in the Champagne. The chestnut would have been a key contender in the Breeders’ Cup Juvenile (G1), but unfortunately came down with a fever and had to scratch.

Code of Honor was a ring-rusty fourth when returning in the January 5 Mucho Macho Man at Gulfstream Park, then took a big step forward to capture the March 2 Fountain of Youth (G2). Third in an unfavorable pace scenario in the Florida Derby (G1), he finished much closer to Maximum Security in the Kentucky Derby. His rail rally propelled him third across the Churchill Downs wire, and after Maximum Security’s disqualification, he was elevated to second.

“He ran as we expected,” Velazquez told track publicity. “I was behind the horse I expected to be. I went to go to the outside, and Jose (Ortiz aboard Mihos) went to the outside, so I went back to the inside and he responded right away. Today, he put it all together the way we expected out of him. Hopefully, he can continue doing that going forward.”

“He is a pretty classy horse,” McGaughey said. “I was just talking to Johnny. We were talking about how quiet he was in the paddock and then when I gave Johnny a leg up, he gets on his toes, goes to the post that way and then he breaks and he was there.

“I think that's exactly the way he wants to run; to just drop back out of it a bit and, depending on the pace, making one run like that. I thought he was a pretty easy winner today. Hopefully, we have a horse to come back with and we'll see what happens down the road.”

As a May 23 foal, Code of Honor has scope to keep developing, and the best could be yet to come at Saratoga. 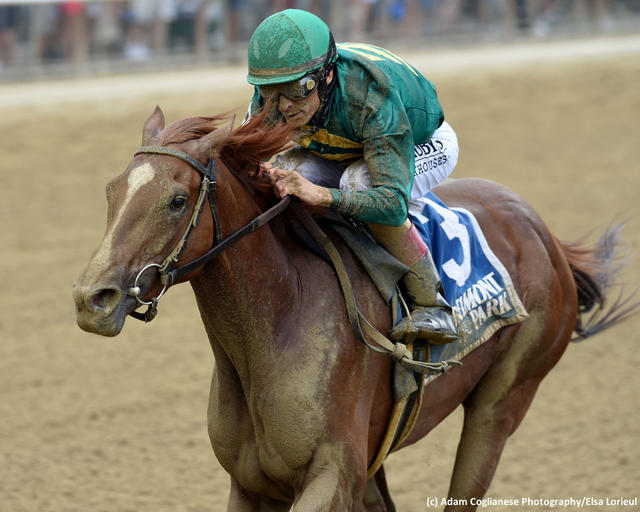