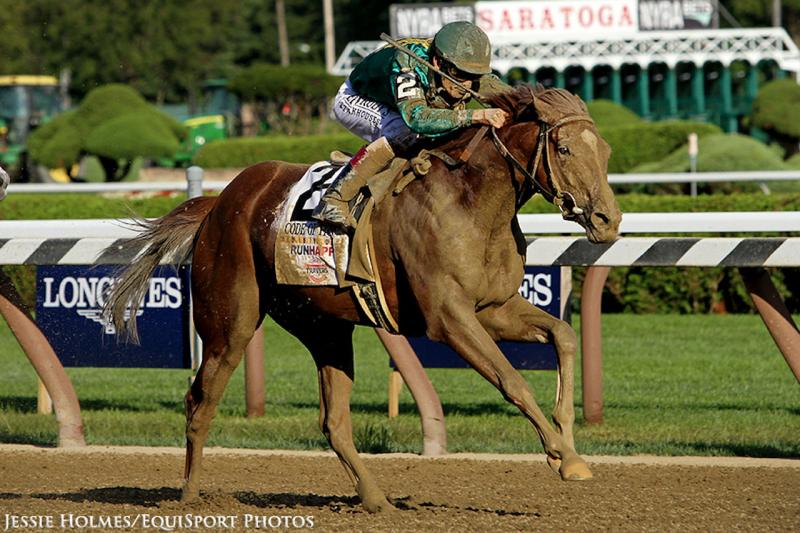 The patience displayed by owner Will Farish and trainer Shug McGaughey with Code of Honor continued to pay off when the homebred colt rallied late to capture the $1.25 million Travers (G1) at Saratoga on Saturday, firmly putting the son of Noble Mission in contention for champion three-year-old colt honors.

Following the May 4 Kentucky Derby (G1), in which Code of Honor was elevated from third to second after the disqualification of first-place finisher Maximum Security, connections chose to bypass the remainder of the Triple Crown series to focus on the second half of the season. Code of Honor turned in a terrific effort to win his first post-Derby start, the July 6 Dwyer (G3), by 3 1/4 lengths going one mile. However, Code of Honor had yet to win beyond 1 1/16 miles.

The 4-1 third choice, Code of Honor was content to rate in ninth while being kept well off the inside down the backside run, as Mucho Gusto led from a prominently placed Tacitus, the 2-1 favorite sporting blinkers for the first time.

Into and through the stretch, Mucho Gusto and Tacitus continued to battle. But Code of Honor, who made an eight-wide move into the straight bore down on that exhausted pair and drove home a three-length winner.

"I never had any doubts about distance as a problem, just him putting his mind to running," Velazquez said. "Today, I made sure, when I got him out to the clear, he responded right away, so I was very happy for him. Obviously, we've been looking for this kind of performance for a long time. He's a late foal, not really knowing what to do [even though he's] run some really big races. He's never really put it together until today."

Code of Honor paid $10.80 after covering 10 furlongs on a fast track in 2:01.05. Tacitus edged Mucho Gusto for second by a half-length, with Endorsed fourth. The order of finish was rounded out by Owendale, Highest Honors, Tax, Chess Chief, Laughing Fox, Scars Are Cool, Looking at Bikinis, and Everfast.

This was the fourth Travers for McGaughey, who previously won in 1989 with Easy Goer, in 1990 with Rhythm, and in 1998 with Coronado's Quest. This was the second Travers for Velazquez, whose first win came aboard Flower Alley in 2005.

Code of Honor, who broke his maiden at Saratoga and ran second in the Champagne (G1) in an abbreviated juvenile campaign, was a dull fourth in the $100,000 Mucho Macho Man at Gulfstream in his season debut, but rebounded to take he Fountain of Youth (G2) in early March. He was a distant third to Maximum Security in the Florida Derby (G1) in his final tune-up for the Kentucky Derby.

"He's been a bit of a Jekyll and Hyde horse," McGaughey said. "Today, he put it all together. He trained really well. The Dwyer was a really good race, so we were hoping we were going to see what we saw." 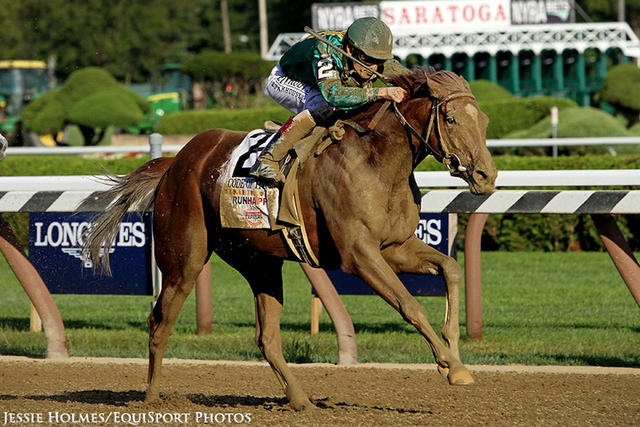