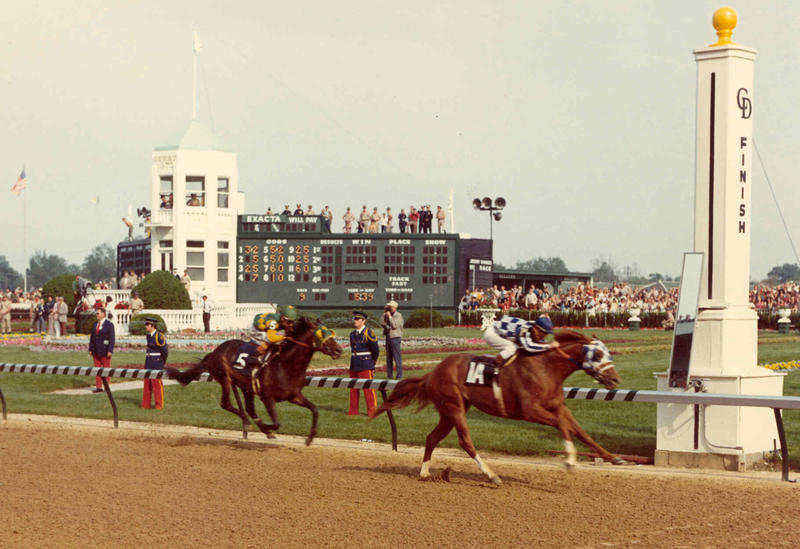 In our second annual look at commonalities that link this year's hopefuls with one or more past winners of America's most famous race, here are some nuggets and factoids to chew on involving the Top 20 point qualifiers for the 2019 Kentucky Derby (G1).

BY MY STANDARDS is by two-time Breeders' Cup Dirt Mile (G1) winner Goldencents. The only Kentucky Derby winners to have been sired by a winner of a Breeders' Cup race were Thunder Gulch (by Gulch, 1995), Grindstone (by Unbridled, 1996), and Nyquist (by Uncle Mo, 2016).

CODE OF HONOR is by Noble Mission, a multiple Group 1 winner in Europe. Winning Colors (1988) was the last Kentucky Derby winner sired by a horse that had won at Group 1 level in Europe. Her sire, *Caro, won the 1971 Prix Ganay (G1), not to mention the French 2000 Guineas the previous year.

COUNTRY HOUSE is by Lookin at Lucky, the beaten post-time favorite in the 2010 Kentucky Derby. Always Dreaming (2017), by Bodemeister, was the most recent Kentucky Derby winner sired by a beaten Derby favorite.

GAME WINNER, most recently second in the Santa Anita Derby (G1), seeks to become the second reigning juvenile champion to win the Derby after losing his final prep. The first was Street Sense in 2007, who had finished second in the Blue Grass (G1).

GRAY MAGICIAN is one of several horses in the field seeking their first career stakes win in the Run for the Roses. Giacomo (2005) was the most recent horse to break his stakes maiden in the Churchill Downs classic.

HAIKAL earned his lone graded win in the Gotham (G3) at Aqueduct, a race last won by an eventual Kentucky Derby in 1973 when the mighty Secretariat captured both races.

IMPROBABLE earned his signature victory at two in the Los Alamitos Futurity (G1), formerly the Hollywood Futurity. The only horse to win both the Futurity and Kentucky Derby was Real Quiet (1998).

LONG RANGE TODDY made all of his previous starts in the Central Time Zone, specifically at Remington Park in Oklahoma and Oaklawn Park in Arkansas. The last Kentucky Derby winner to have raced exclusively in the Central Time Zone before the Run for the Roses was War Emblem (2002), who had raced at Arlington Park, Fair Grounds, and Sportsman's Park.

MASTER FENCER, from Japan, looks to join a select group of horses bred outside North America that have won the Kentucky Derby. Omar Khayyam (1917) and Tomy Lee (1959) were both foaled in Great Britain.

MAXIMUM SECURITY is one of two horses in the field that previously raced to be claimed. Mine That Bird (2009) and Charismatic (1999) were the last two Derby winners to have run for a tag, in each case for $62,500.

SPINOFF earned his first career victory at Gulfstream Park. The last horse to break his maiden at Gulfstream and go on to win the Kentucky Derby was Monarchos (2001).

TACITUS was produced by Close Hatches, the 2014 champion older mare. Tim Tam (1958), whose mother was Two Lea, was the last Derby winner produced by a mare that won a divisional championship on the racetrack. Two Lea was a champion at ages three and four in 1949-50.

TAX was bred, and initially owned, by Claiborne Farm and Adele Dilschneider. Claiborne bred and owned 1984 Kentucky Derby winner Swale, while Dilschneider is the granddaughter of John M. Olin, who owned Cannonade, the winner of the centennial Derby in 1974.

VEKOMA will look to end a long losing streak of Blue Grass (G2) winners in the Kentucky Derby. The last to sweep both races was Strike the Gold in 1991.

WAR OF WILL was the runner-up in the Summer (G1) at Woodbine, Canada's premier grass stakes for juveniles. Northern Dancer won the 1963 edition of the Summer contested at Fort Erie and won the Kentucky Derby the following spring.

WIN WIN WIN has yet to win beyond seven furlongs. The last horse to win the Derby without having won a race beyond that distance was Silver Charm in 1997. 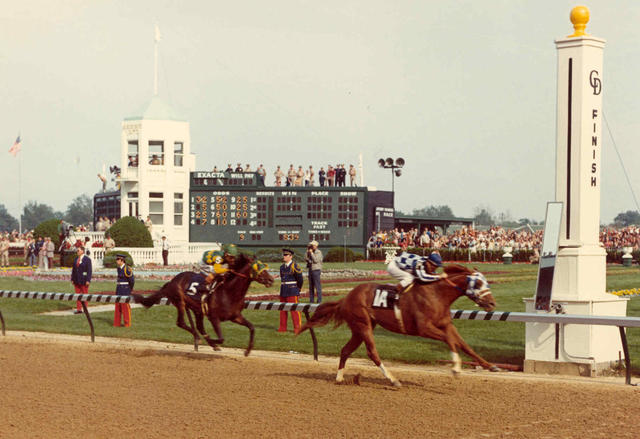