LOUISVILLE, Ky. (Saturday, May 5, 2018) – Trainer Brad Cox had the blanket of lilies proudly displayed outside his barn and was a popular person among media and well-wishers Saturday morning, less than 12 hours after winning the biggest race of his career with Monomoy Girl in the $1 million Kentucky Oaks (Grade I).

Cox reported that Monomoy Girl and her two less heralded stablemates, Sassy Sienna and Kelly’s Humor, who finished sixth and eighth in the Oaks, respectively, all came out of the race well and were doing good.

“So far so good,” said Cox, a Louisville native. “I’m real pleased with how Monomoy Girl looks this morning. I’m pleased with all three of them.

“It was amazing. It’s more than you would ever expect as far as the excitement and the thrill. It was an amazing race. It was an unbelievable quarter-mile. From the quarter pole to the wire, it was a battle. It was intense. It was a great outcome for us for sure. I couldn’t be happier.”

Cox said the $700,000 Acorn Stakes (G1) on the Belmont Stakes (GI) undercard June 9 would be the next logical spot for Monomoy Girl, who races for the partnership of Michael Dubb, Monomoy Stables, The Elkstone Group and Bethlehem Stables.

He plans on regrouping with the other two fillies.

WONDER GADOT – Like an action movie on pause, the growing anticipation for the Kentucky Derby was composed at 5:30 Saturday morning on the backside of Churchill Downs. Water droplets sprinkled the ground, hinting at the possibility of more rain in the coming hours. Trainer Mark Casse stood outside his office as his Kentucky Oaks runner-up, Gary Barber’s Wonder Gadot walked past, followed by Kentucky Derby contender Flameaway.

“She is amazing, she’s bouncing around. That’s her right there,” Casse said, gesturing to the bay filly who finished a half-length behind Monomoy Girl.

Casse said Wonder Gadot will likely spend a few more days at Churchill Downs before returning to Toronto to train for the Woodbine Oaks on June 9.

“That’s where she started, and they know her well, so I think it probably would make sense to get her up there and train over that track,” he said. “She actually loves the Tapeta, but of course we haven’t found much she doesn’t love.

“A good performance there and she’ll probably run in the Queen’s Plate.”

Monomoy Girl and Wonder Gadot looked each other in the eye multiple times during the stretch run of the Oaks before Monomoy Girl pulled ahead. Wonder Gadot’s pilot, John Velazquez, raised an objection, citing interference between the fillies. The objection was disallowed by the stewards and Monomoy Girl remained victorious.

“I’ve always said that Monomoy Girl is a superhorse, and I still believe that,” Casse said. “There was definitely some contact, but in a race of that significance, it needs to be severe, and it was not. So I agree with the stewards’ decision and I’m proud of our filly, and what a great job (trainer) Brad Cox has done with his filly.”

As for John Oxley’s Flameaway, Casse is not concerned about the possibility of rain affecting the Scat Daddy colt’s performance in the Derby, having twice previously won on a muddy or sloppy track.

“She’s OK, thank goodness,” said trainer Bill Spawr.  “I just wish we would have been in a fair fight.”

The veteran trainer’s reference was to a pair of “banging” incidents the Midnight Lute filly and rider Mike Smith endured during the running of the nine-furlong classic. Away from the gate, they were brushed and hit on both sides, enough so that the Hall of Fame rider said after the race that the contact “took the air” out of his filly.

"Mike told me that the first bang tilted him sideways and almost took his right foot out of the stirrup,” Spawr said. “Then when she got rolling on the turn for home, he got hit again.

“But she’s all right this morning and that’s what really matters. She’s better than I thought she would be.”

Midnight Bisou actually went favored in the 14-horse Oaks field at 23-10 and finished third, beaten just over four lengths by winner Monomoy Girl. The show-hole finish added $91,000 to her bankroll, pushing it to $541,000 after six starts.

Midnight Bisou actually went favored in the 14-horse Oaks field at 23-10 and finished third, beaten just over four lengths by winner Monomoy Girl. The show-hole finish added $91,000 to her bankroll, pushing it to $541,000 after six starts.

Spawr has another filly to run today – bargain claim Skye Diamonds in the $300,000, Grade I Humana Distaff Stakes for fillies and mares at seven furlongs. Smith has the call there, too.

The trainer said his two fillies have a Tuesday morning flight scheduled back to his Southern California headquarters at Santa Anita.  He’s got one Sunday morning.

“She’s doing fine after the race,” assistant trainer Jeff Hiles said. “We’re going to give her some time off and point to races later this summer and fall.”

“We’re obviously disappointed and thought she would run better,” Romans said. “All credit goes to Brad (Cox) and Monomoy Girl. They ran a great race.”

HEAVENHASMYNIKKI – Loooch Racing Stables’ Heavenhasmynikki exited her ninth-place finish in the Kentucky Oaks “a little tired, like we all are,” said Liz Turner, assistant to trainer Anthony Quartarolo.

Quartarolo said he would discuss with owner Ron Paolucci a next step for Heavenhasmynikki, who will remain at Churchill Downs for the meet as part of his 14-horse string.

“I’m not sure what we will do,” Quartarolo said. “We may put her on the grass and maybe go for an Ohio-bred race. It sure can’t be any tougher than this.”

Calvin Borel rode the filly for the first time in the Oaks.

“I was kind of disappointed in the way he rode her,” Quartarolo said. “He put a hammer lock on her right out of the gate and dropped back to last and I don’t think she liked that. She was on the lead in the Davona Dale (GII) (in her previous start).”

“They’re both fine,” Morgan said. “It wasn’t our day but they’re all good and we’ll look at other options.”

MY MISS LILLY – Trainer Mark Hennig reported that My Miss Lilly is doing well after finishing 11th in the Kentucky Oaks. The grey filly owned by Courtlandt Farms will ship back to Hennig’s New York base Monday.

“Days like that, the lack of experience shows up,” Hennig said, referring to My Miss Lilly’s four career starts before the Oaks. “When you’re running in those kinds of races it sure pays to have the experience. I thought the winner ran fabulous.”

Hennig said he has no plans yet for her next race.

“Where she’s been running, it wasn’t ideal, we never got to give her real good spacing because she broke her maiden in December. It will be nice now to kind of regroup with her and run her when we want to rather than when the race dictates you have to stay on the trail.”

The UAE Derby (GII) runner-up is a confirmed frontrunner and pretty much lost all chance when she hopped at the start, spotting the rest of the field about four lengths. From there she started to get out, presumable weary of the kickback that she’s unaccustomed to. Rayya never found her stride after that and was unable to make up any ground.

“She missed the break and if you weren’t one-two-three yesterday, close to the lead or on the rail, you had no chance,” Barnes said, referring to a perception that the surface favored horses near the pace Friday. “It was over at the start for her. Once you hop, it’s over.”

McLaughlin said he had no immediate plans for the daughter of Take Charge Indy but that her next start would be at a shorter distance than the 1 1/8 miles of the Oaks, in which she led on the backstretch before tiring. 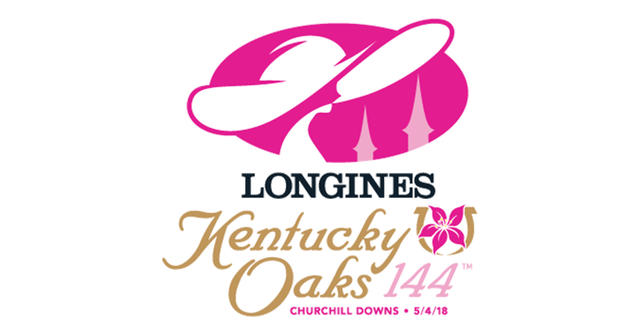