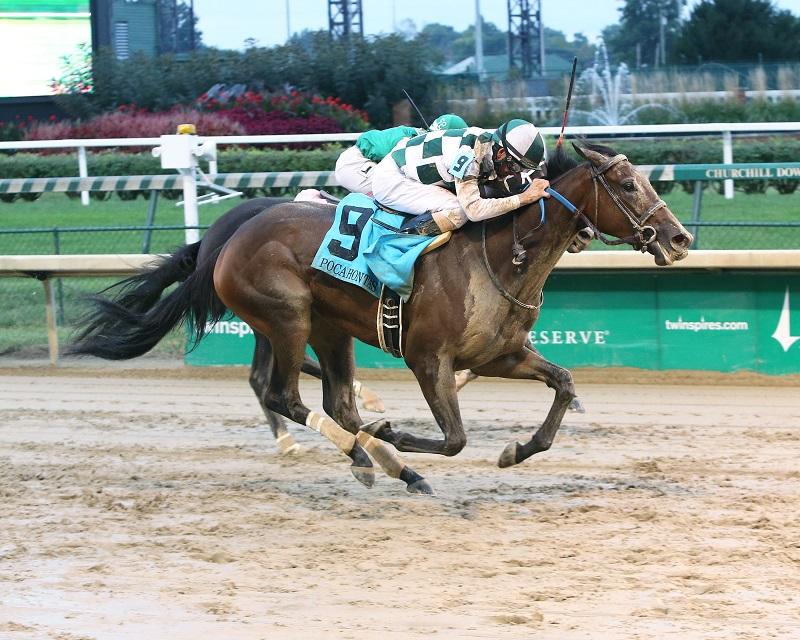 Of the eight fillies entered in Saturday’s $500,000 Ashland Stakes (G1) at Keeneland, only one is currently listed in the top 14 on the Kentucky Oaks Leaderboard.

That one is Daddys Lil Darling, and the Kenny McPeek trainee can boost herself all the way to second with a win in the 1 1/16-mile contest. The Ashland is part of the Road to the Kentucky Oaks series of points races, and will award 100-40-20-10 points to the respective top four.

Daddys Lil Darling currently boasts 20 points, all earned last year through capturing the Pocahontas Stakes (G2) at Churchill, finishing second in the Alcibiades Stakes (G1) at Keeneland, filling the fourth spot in the Breeders’ Cup Juvenile Fillies (G1) at Santa Anita Park and returning to Churchill for a second in the Golden Rod Stakes (G2).

The bay daughter of Scat Daddy has competed just once thus far this season, making her sophomore debut at Tampa Bay Downs on March 11 and running sixth by 2 1/2 lengths in the Florida Oaks (G2) on the turf. Robby Albarado was aboard Daddys Lil Darling that day and retains the mount in the Ashland.

Looking to jump into Kentucky Oaks consideration is Summer Luck. The Lookin at Lucky filly was entered in both the Fair Grounds Oaks (G2) and Gulfstream Park Oaks (G2) last weekend, but trainer Mark Casse scratched her from both in favor of this spot.

Summer Luck actually make her racing debut at Keeneland, finishing second by a neck in October while under the tutelage of trainer Brad Cox. The dark bay lass was transferred to Casse and broke her maiden next out going a mile under the Twin Spires on November 11. She finished third in her January 7 seasonal and stakes bow, the Old Hat Stakes, before running fourth in the Forward Gal Stakes (G2) and just missing by three parts of a length when third in the Davona Dale Stakes (G2), all at Gulfstream Park.

Florent Geroux had the call for Summer Luck’s maiden win and Davona Dale effort, and will get a leg up on Saturday.

Casse also entered Pretty City Dancer in the Ashland. The gray filly has competed in nothing but stakes contests since breaking her maiden at Churchill last May. She followed up by taking the Debutante Stakes at the same track in July and dead-heated for the win in the Spinaway Stakes (G1) at Saratoga in September.

Pretty City Dancer wouldn’t be seen in competition again until showing up for the Forward Gal on February 4, and the Tapit filly just missed by a half-length on that occasion. She ran a subpar sixth in the Davona Dale last out and could rebound here with Joel Rosario in the irons.

Much has been expected of Elate after the Bill Mott pupil took her maiden debut by 12 lengths last November at Aqueduct. In her two starts since, the Medaglia d’Oro trainee has been second in the February 11 Suncoast Stakes at Tampa Bay Downs and a rallying third in the Honeybee Stakes (G3) at Oaklawn Park on March 11. Elate reunites with Jose Ortiz in the Ashland. 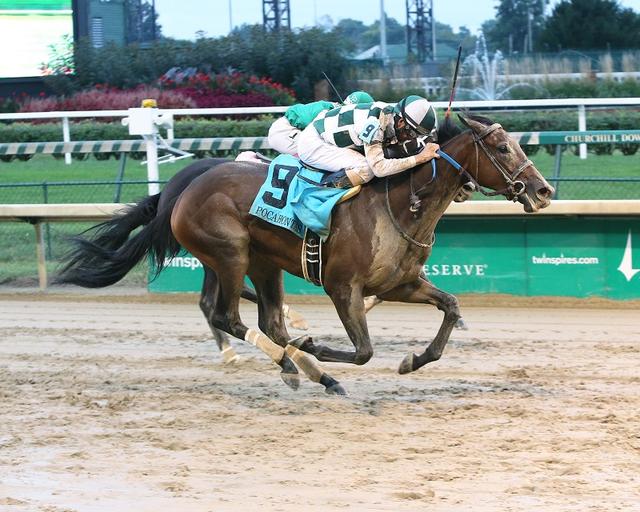