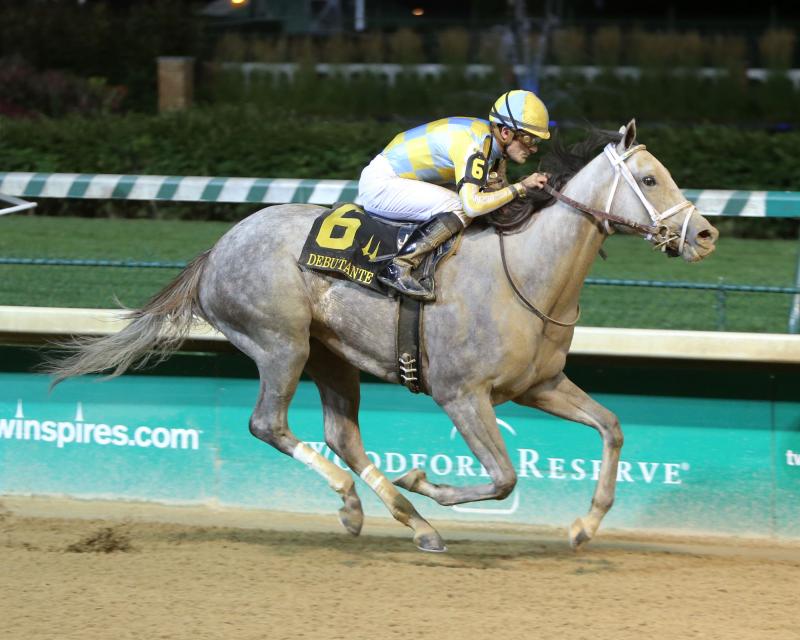 A full field of 14 will head to the gate on Saturday in Gulfstream Park’s $200,000 Davona Dale Stakes (G2), which is worth a total of 85 points toward a starting berth in the May 5 Kentucky Oaks (G1).

The one-mile Davona Dale is part of the Road to the Kentucky Oaks series of points races and offers up 50-20-10-5 points to the top four finishers.

Unlike another Oaks points race on Saturday, the Santa Ysabel Stakes (G3) at Santa Anita Park, there’s no real standout in the Davona Dale. Instead, several in the field stand a chance at the winner’s circle.

One of those is Miss Sky Warrior, who is riding a three-race win streak. The Kelly Breen trainee broke her maiden at Parx Racing by seven lengths in her second outing. She followed that up with victories in the Tempted Stakes (G3) and Demoiselle Stakes (G2) at Aqueduct in November to close out her juvenile campaign.

The First Samurai filly makes her sophomore bow in the Davona Dale on Saturday and gets regular rider Paco Lopez in the irons.

Pretty City Dancer will be stretching out past seven furlongs for the first time in this spot for trainer Mark Casse. The gray daughter of Tapit began her career at Churchill Downs, breaking her maiden in her second try and capturing the Debutante Stakes by 3 1/4 lengths. She then shipped to New York for a 5 3/4-length dead-heat win in Saratoga’s Spinaway Stakes (G1) last September.

Pretty City Dancer returned to action in the Forward Gal Stakes (G2) on February 4 and was just denied by a half-length when second in that seven-furlong affair. Julien Leparoux was holding the reins that day and retains the mount on the filly.

Another runner exiting the Forward Gal is third-place finisher Brahms Cat. The Larry Bates pupil was sent off at 45-1 but finished just 1 1/4 lengths behind Pretty City Dancer on the wire. Before that race the bay daughter of Wildcat Heir began her three-year-old campaign in style, easily winning an allowance/optional claimer by 3 1/4 lengths on January 20 over the track.

Brahms Cat finished third in the House Party Stakes when making her stakes debut in December and keeps Luca Panici aboard for this one.

Summer Luck ran fourth in the Forward Gal, a length behind Brahms Cat, just one race after a third-place effort in the Old Hat Stakes on January 7. The Casse trainee reunites with Florent Geroux, who guided her to a first win last November at Churchill Downs. Yes I’ll Go is stepping up to a mile after capturing the filly division of the OBS Sprint Stakes on January 24 by 2 1/2 lengths. Trainer Armando De La Cerda has tabbed Joel Rosario to pilot the dark bay filly in her graded bow.

Eloquent Riddle made her stakes bow in the Tempted last November 5, finishing third, but bypassed the Demoiselle in favor of the November 24 Furlough Stakes, where she ran second most recently. Gran Cherry offered no run in the Tempted, winding up last of seven, but rallied for the runner-up spot against allowance/optional claiming rivals on January 20 to begin her sophomore season. Javier Castellano has the call on Eloquent Riddle while Tyler Gaffalione rides Gran Cherry.

There are a number of maiden winners in the Davona Dale field, including Jordan’s Henny, who scored over track and distance on December 18; Ellie’s Honor, a first-out victress thanks to a 1 3/4-length victory on January 8 at Gulfstream; Saratoga Citizen, a wire-to-wire heroine going a mile at Gulfstream on February 19 in her fifth start; and Aspen Hilltop, who broke her maiden in her first outing last August at Saratoga.

Modacious, a 6 3/4-length maiden winner two back; Champagne Problems, victorious in a Keeneland maiden last October; and From Ria to Riches, who scored maiden and allowance victories at Mahoning Valley in her past pair, complete the Davona Dale field. 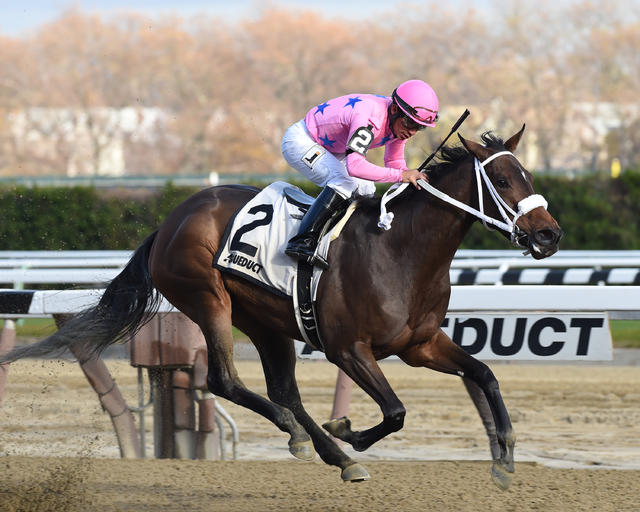