As expected, the first "Championship Season" prep of the Road to the Kentucky Derby Series shook up the leader board last Saturday, an easy thing to do with 50 qualifying points awarded to the winner and 20 to the runner-up.

Girvin, making his first appearance in a Derby prep following a maiden win and a second in a grass stakes at Fair Grounds, proved best against 10 rivals in the $400,000 Risen Star (G2) at Fair Grounds, and the win catapulted him to first place on the leader board.

Untrapped's second-place finish in the Risen Star improved his point total to 24, and for a short while he'll sit at #3. Third-placer Local Hero popped into what might be a brief stay in the top 20, while Guest Suite's fourth elevated him into the top 10 for the time being. All three may return for the TwinSpires.com Louisiana Derby (G2) on April 1.

The positioning on the leader board will remain fluid for the next seven weeks with horses moving up and down in rather dramatic fashion with so many big-points races every Saturday. Among those in the top 20 looking to make big jumps up this week include El Areeb in the Gotham (G3) at Aqueduct and Irish War Cry, Practical Joke, and Gunnevera in the Fountain of Youth (G2) at Gulfstream Park.

One horse whose point total will remain static for a while is McCraken. The Kentucky Jockey Club (G2) and Sam F. Davis (G3) winner has been sidelined with a minor ankle injury and will miss the March 11 Tampa Bay Derby (G2). His connections are hoping to make the Blue Grass (G2) on April 8. 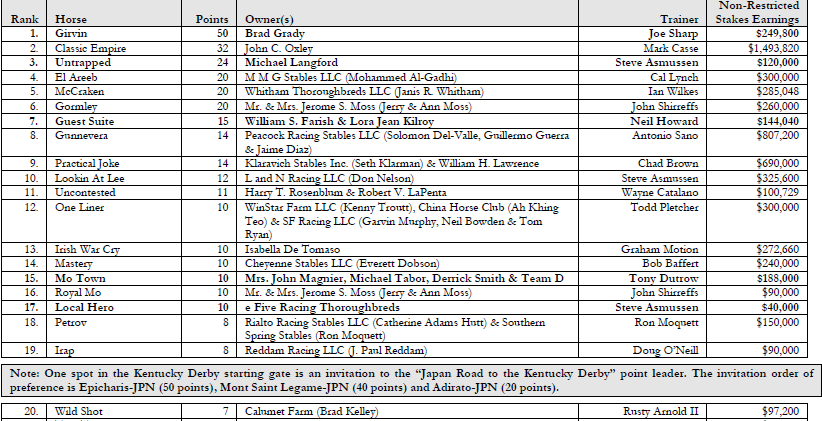 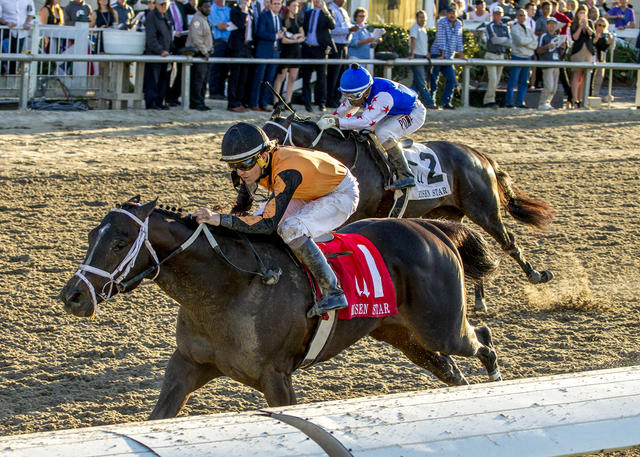