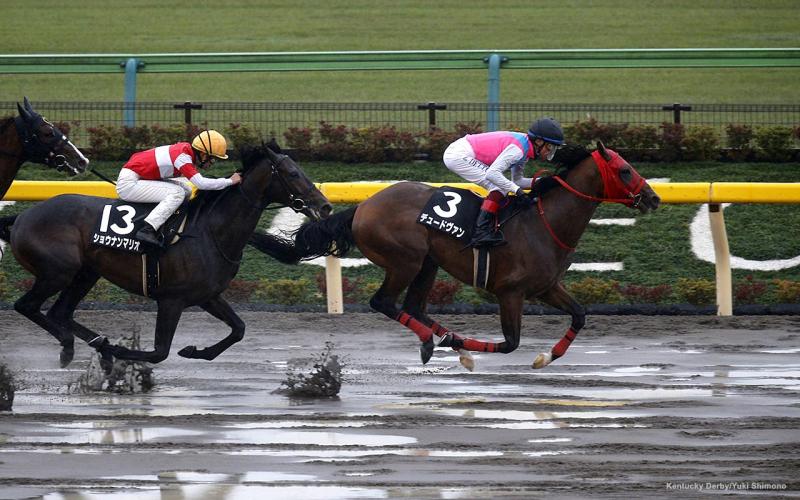 An impressive debut winner at Tokyo last out, Dieu du Vin made it two straight in Saturday’s Cattleya Sho to kick off the Japan Road to the Kentucky Derby. The 3-2 favorite uncorked a strong rally, much as he did in his first start, only this time for a different rider – the renowned Frankie Dettori, in town for Sunday’s Japan Cup (G1).

Owned by Three H Racing Co. Ltd and trained by Yukihiro Kato, Dieu du Vin was reserved well off the early pace dictated by Aurora Tesoro on the sloppy track. Daimei Corrida attended the leader, along with the American Pharoah filly Clepat. American Pharoah’s top contender, Danon Pharaoh, chased out wide from post 16 but couldn’t get close enough to threaten.

In the stretch, Aurora Tesoro was all out trying to fend off the stubborn Daimei Corrida, but the real action was unfolding on the outside. Dieu du Vin maneuvered into the clear and rolled past the duelists. Also closing boldly was Shonan Mario, but Dieu du Vin had gotten the jump on him and maintained a three-quarter length advantage at the wire.

By splashing 1,600 meters (about a mile) in 1:36.2, Dieu du Vin banked the first 10 points on the Japan Road. Shonan Mario earned 4 points, and Daimei Corrida took home 2 points for finally edging clear of Aurora Tesoro, who’s on the scoreboard with 1 point for fourth. Danon Pharaoh plugged on for fifth, while Clepat faded to 15th of 16.

Dieu du Vin was bred by Shimokobe Farm in Japan but both parents are Kentucky-breds. The bay is by Declaration of War, a son of War Front from the family of Union Rags who just missed when third in the 2013 Breeders’ Cup Classic (G1). Dieu du Vin’s dam, the Tapit mare Jealous Cat, is a winning full sister to Grade 3 vixen Tapicat. They descend from 1982 champion older mare Track Robbery, also ancestress of 1999 Breeders’ Cup Classic hero Cat Thief.

With his fine pedigree and closing kick, unbeaten Dieu du Vin is an exciting prospect on the Japan Road. The next scoring race, the Zen-Nippon Nisai Yushun at Kawasaki on December 18, will be worth twice as many points. 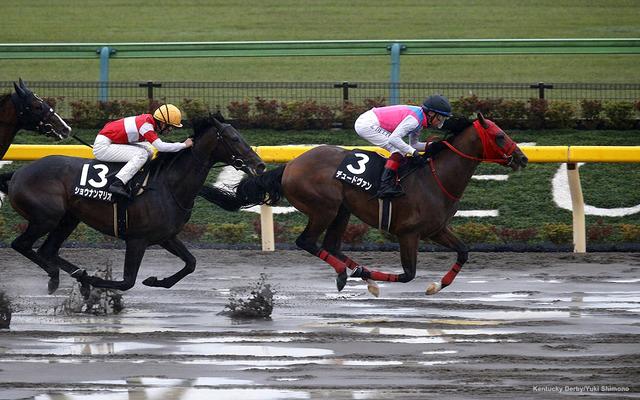