Divine Image gets up in time in UAE Oaks 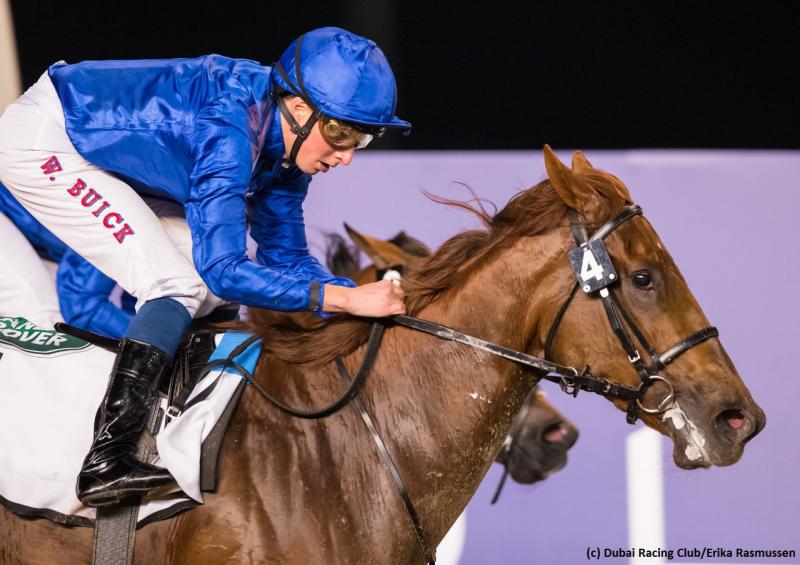 Godolphin’s Divine Image, an eye-catching second after blowing the start in the UAE 1000 Guineas, made no such mistake in Thursday’s $250,000 UAE Oaks (G3) at Meydan. In better position early, the Charlie Appleby trainee gradually reeled in pacesetter Swift Rose to prevail by a neck and earn 50 points toward the Kentucky Oaks (G1).

Divine Image has a background reminiscent of current Kentucky Derby (G1) points leader War of Will: both are Kentucky-breds who first toured the Keeneland auction ring before going to Europe and ultimately selling at France’s Arqana last May.

By Justify’s sire Scat Daddy, Divine Image was bred by the late Peter Magnier and offered as a yearling at Keeneland September. She did not reach her reserve price when bidding maxed out at $195,000, but a month later at Fasig-Tipton Kentucky October, she was sold for $125,000 to Yeomanstown Stud in Ireland. Yeomanstown resold her for a handsome profit as a two-year-old in training at Arqana, where Godolphin purchased her for €360,000 ($430,020).

Divine Image joined Appleby’s team in historic Newmarket. She impressed in her only start at two, romping by six lengths over the Polytrack at Chelmsford City December 13. The runner-up that day, Stratification, is by Australia and out of 2007 Belmont (G1) and Kentucky Oaks queen Rags to Riches.

Shipped to Dubai for the winter, Divine Image was favored in the January 31 UAE 1000 Guineas, only to lose all chance when missing the start. Yet she showed a willing attitude to make a sustained run for second behind French-based Silva.

The UAE Oaks served as a rematch, and Divine Image turned the tables. Breaking better with jockey William Buick, she secured a tracking spot behind fellow Godolphin runner Swift Rose and Silva. Swift Rose put Silva away turning for home and edged clear.

Divine Image, who lost position on the far turn, regrouped once straightening into the stretch. Finding her best stride late, she got up to deny Swift Rose and finished about 1 3/16 miles in 2:01.76.

Swift Rose had disappointed in her first two tries on the Meydan dirt, but responded to trainer Saeed bin Suroor’s equipment change – adding cheekpieces – and garnered 20 Oaks points. The Doug Watson-trained Razeena, hung out wide from post 12, boxed on valiantly for third and took home 10 points. Watson’s other runner, Habah, received 5 points in fourth. Silva retreated to eighth in the 11-filly field.

Divine Image could advance to the UAE Derby (G2) against the boys on Dubai World Cup night, March 30. 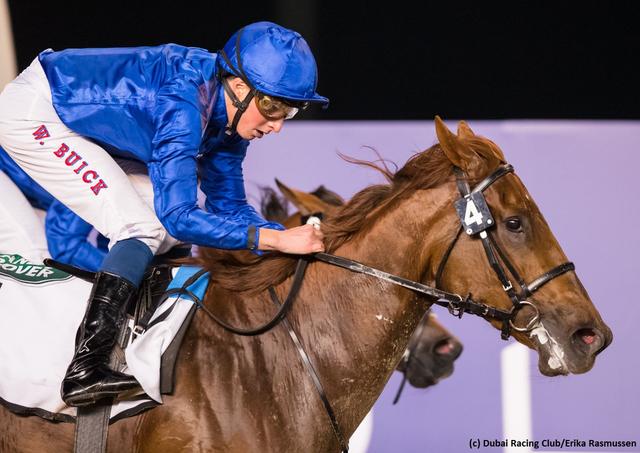