Divine Image the one to beat in UAE Derby 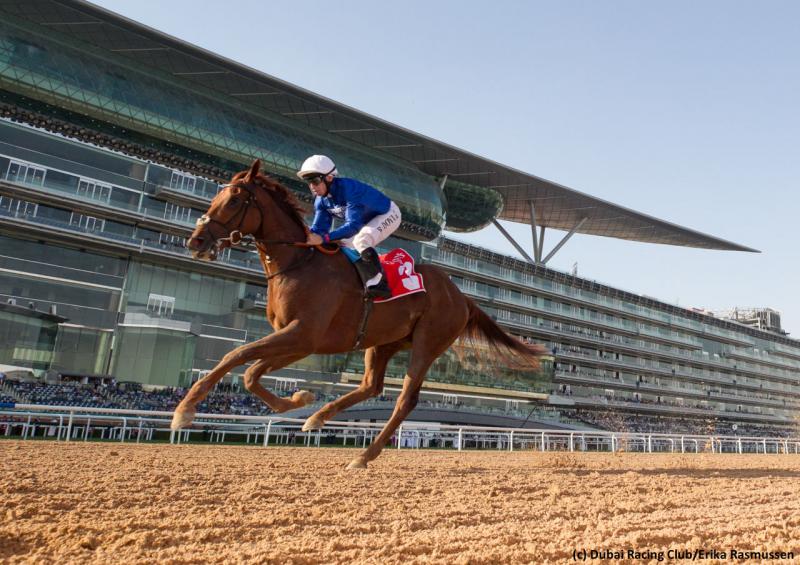 A total of 14 horses will go 1 3/16 miles at Meydan on Saturday in the lucrative $2.5 million UAE Derby (UAE-G2). The Road to the Kentucky Derby contest has attracted local runners, as well as those from Japan, Europe and the United States in a highly competitive contest. The UAE Derby offers a 100-40-20-10 points structure to the top-four finishers.

Godolphin’s Divine Image is listed as the 2-1 morning-line choice. The daughter of Scat Daddy was a game winner of the UAE Oaks (UAE-G3) two prior on the surface and returned to decimate her male counterparts in the recent Al Bastakiya Stakes for conditioner Charles Appleby. William Buick will guide the classy lass.

Walking Thunder could be a dangerous one with his best. The Florida-bred son of Violence ripped off a trio of impressive wins at the meeting prior to his second in the Al Bastakiya. The bay gets a favorable post in the 1 gate and also receives a superb rider change to the legendary Frankie Dettori.

Trainer Aidan O’Brien has saddled a trio of winners in this event in recent years and sends out Group 2 victor Van Beethoven in this edition. The Ontario-bred Scat Daddy colt ran a creditable fourth in Patton Stakes at Dundalk in his seasonal debut and will move forward for this engagement.

Jahbath was a two-length winner of the Road to the Kentucky Derby Condition Stakes at Kempton to move his winning streak to four. The William Haggas trainee gets a good draw in the two slot while making his dirt debut on the stretch out. Jim Crowley will guide the bay colt.

The Kentucky-bred Golden Jaguar was a neck second in the recent Meydan Classic and will make the turf-to-dirt transition in this spot. The son of Animal Kingdom was a sharp winner on debut over the dirt, and he has big value from a nice post position under Oisin Murphy.

Derma Louvre will aim to become the second Japanese invader to win this race, following the victory by Lani in 2016. The Triple Crown-nominated son of Pyro was an even third in the Hyacinth Stakes in Tokyo, a Road to the Kentucky series event, in his 2019 debut.

The United States will be led by the three-pronged attack of Kentucky Jockey Club Stakes (G2) runner-up Plus Que Parfait, Miracle Wood Stakes second Gray Magician and Stubbins, the latter of whom won the Pasadena Stakes most recently for Doug O’Neill. 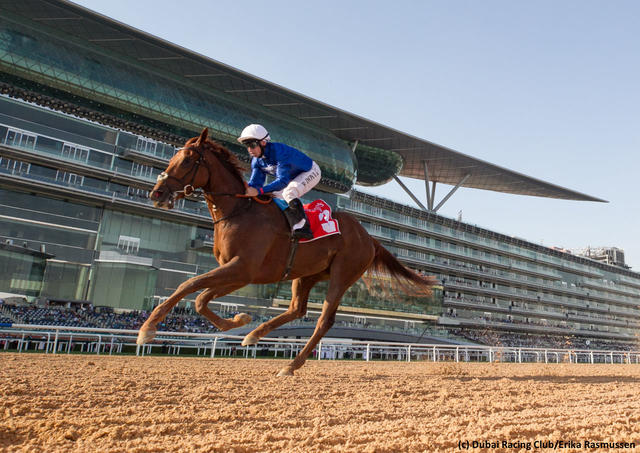