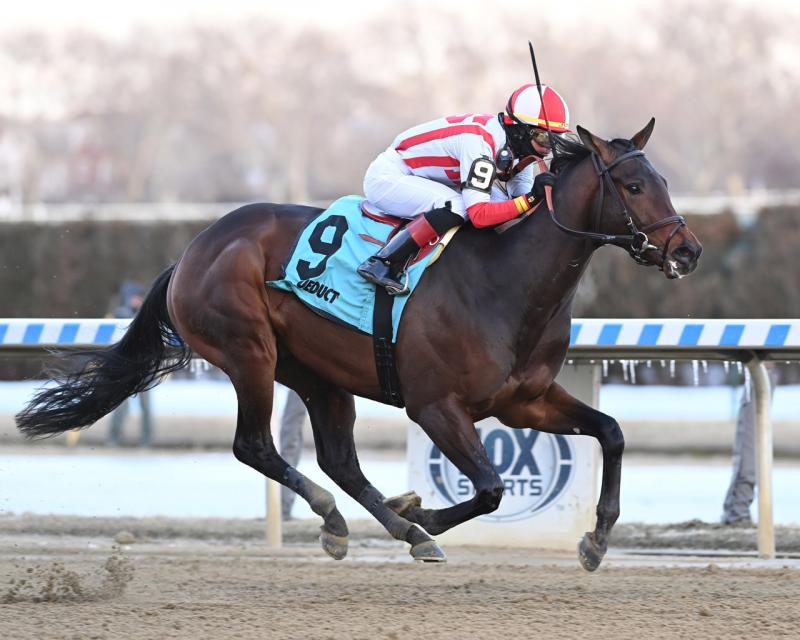 If Saturday's $250,000 Withers S. (G3) had been an election, it would have been called early for 13-10 favorite Early Voting, who rocketed out of the starting gate and left his 10 rivals toiling in the 1 1/8-mile Road to the Kentucky Derby prep at Aqueduct.

Spurting several lengths clear at the break under Jose Ortiz, Early Voting was left alone on an easy lead while ticking off fractions of :23.57, :48.04, and 1:14.29. Opening up a larger advantage on the far turn and in upper stretch, Early Voting finally began to show signs of fatigue in the final furlong. However, the Gun Runner colt was never in danger and crossed the wire 4 1/2 lengths in front.

"The plan was to sit second behind [Constitutionlawyer], but he broke sharply and I wasn't taking that away from him. He finished well on a tiring track," Ortiz said.

Owned by Klaravich Stables and trained by Chad Brown, Early Voting paid $4.60 after completing one lap of the muddy Big A oval in 1:55.90.

Un Ojo, a 28-1 longshot, finished second by a head over Gilded Age. It was 1 3/4 lengths back to Grantham, who was followed by Noneedtoworry, Smarten Up, Courvoisier, Cooke Creek, Mr Jefferson, Unbridled Bomber, and Constitutionlawyer.

Bred in Kentucky by Three Chimneys Farm and sold for $200,000 at Keeneland September, Early Voting was produced by Amour d'Ete, a Tiznow half-sister to sprint champion and noted sire Speightstown. She's also a full sister to the late Grade 2 scorer Irap. 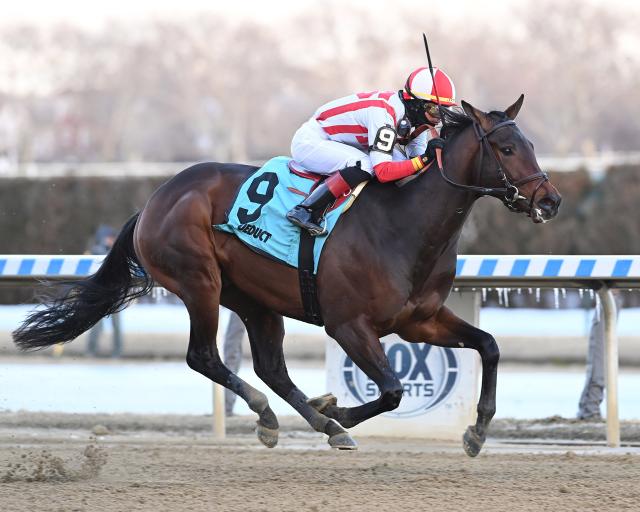