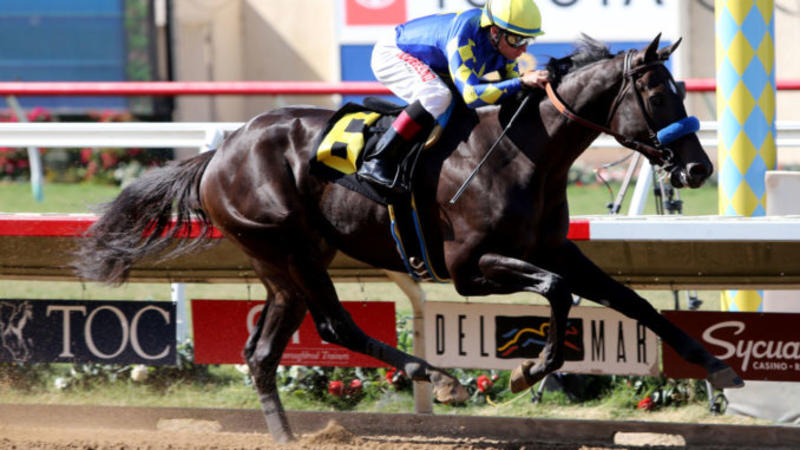 Eight Rings lost all chance as the odds-on choice in the Del Mar Futurity (G1) earlier this month when ducking and dropping jockey Drayden Van Dyke leaving the backside chute. On Friday, the Bob Baffert-trained son of Empire Maker seeks to make amends while adding blinkers in the $300,000 American Pharoah (G1) at Santa Anita.

The 1 1/16-mile American Pharoah is not only a track-and-distance Breeders' Cup Juvenile (G1) prep in the Breeders' Cup Challenge series, but also a 2020 Road to the Kentucky Derby series prep that will award qualifying points of 10-4-2-1 to its top four finishers.

A solid field of nine will contest the American Pharoah, formerly named the Norfolk but renamed in honor of this race's 2014 winner and 2015 Triple Crown hero who was trained by Baffert. Eight Rings showed plenty of ability on debut, beating Express Train by more than six lengths. That rival is also in Friday's race following a 14 1/4-length demolition of maiden foes at Del Mar in late August.

Collusion Illusion, who passed on the Del Mar Futurity after winning his first two starts earlier in the Del Mar meet including the Best Pal (G2), looks a strong contender. Storm the Court, who also lost his rider in the early stages of the Futurity after bumping with Eight Rings, will try to make his presence felt in the local division. Shoplifted is the only shipper for the American Pharoah, invading for Steve Asmussen after finishing second to stablemate Basin in the Hopeful (G1) at Saratoga (G1). American Theorem, a gray son of the race's namesake, stretches out after a debut win going 5 1/2 furlongs at Del Mar.

With Eight Rings eliminated, the Del Mar Futurity resulted in a surprise victory for 35-1 outsider Nucky, who had graduated for a $100,000 claiming tag in his previous start. Futurity also-rans Defense Wins and Fore Left are also in Friday's race, but seemingly have much improvement to show.

Bast, who blitzed her seven rivals in last month's Del Mar Debutante (G1) by more than eight lengths, figures to be a strong favorite in the $300,000 Chandelier (G1), the filly companion race to the American Pharoah.

A Breeders' Cup Challenge prep for the Juvenile Fillies (G1), the 1 1/16-mile heat is also a 2020 Road to the Kentucky Oaks series prep which also awards qualifying points of 10-4-2-1 to the top four finishers.

Only five others will take on Bast. Grade 3 winner Comical was a distant third in the Debutante last time, while Leucothea wilted to last in the field despite receiving decent support from bettors. Been Studying Her is two-for-two following a score in the $100,000 Generous Portion against California-bred, while last-out graduate K P Dreamin and second-start maiden Buyer's Remorse complete the lineup.

You can watch and wager on both the American Pharoah and Chandelier at TwinSpires.com. 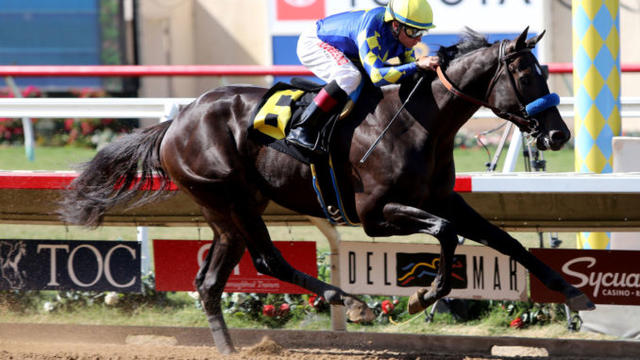