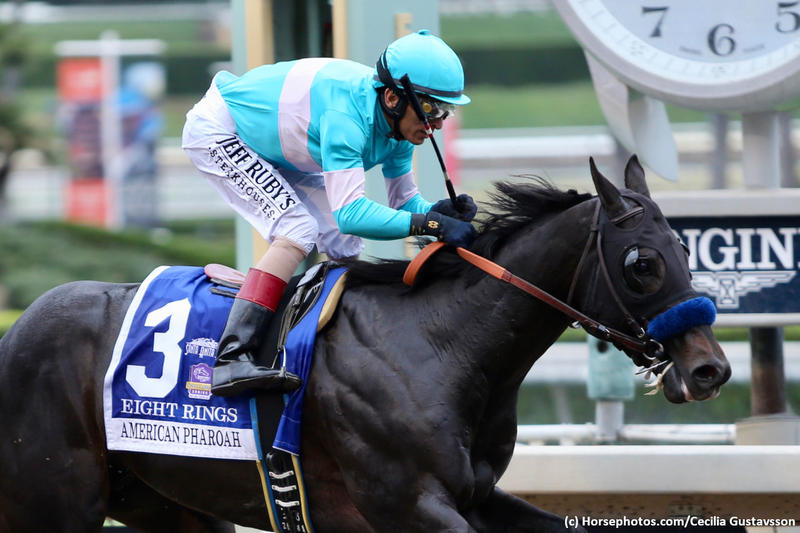 There were no mishaps this time to stop Eight Rings from scoring an authoritative victory in Friday's $301,404 American Pharoah (G1) at Santa Anita.

A beaten odds-on favorite in the Del Mar Futurity (G1) on Labor Day when losing his rider soon after the start, Eight Rings and jockey John Velazquez stuck together throughout the 1 1/16-mile journey, perhaps cementing favoritism for the November 1 Breeders' Cup Juvenile (G1) over the same track and distance.

A 2020 Road to the Kentucky Derby series race, the American Pharoah awarded qualifying points of 10-4-2-1 to the top four finishers. Eight Rings is now tied for first with Iroquois (G3) winner Dennis' Moment with 10 points. The two are scheduled to face each other in the Juvenile.

Sporting blinkers for the first time, Eight Rings was hustled to the front by Velazquez and set fractions of :23.72, :47.06, and 1:11.71. He finished six lengths ahead of American Theorem.

"I wanted to put him into the race, and that way he could get his mind on running," Velazquez said. "I was pretty comfortable with the way he was moving in the backstretch. But he kept kind of wandering, so I felt like I had to keep reminding him to focus. It's only his second start, so he's still learning basically."

The final time was 1:45.41 over a fast track with Eight Rings paying $4.40 as the 6-5 choice. Storm the Court and Express Train finished a distant third and fourth, respectively.

Bred in Kentucky by WinStar Farm and a $250,000 Keeneland September purchase, Eight Rings is by Empire Maker and out of Canadian Grade 3 winner Purely Hot, by Pure Prize. 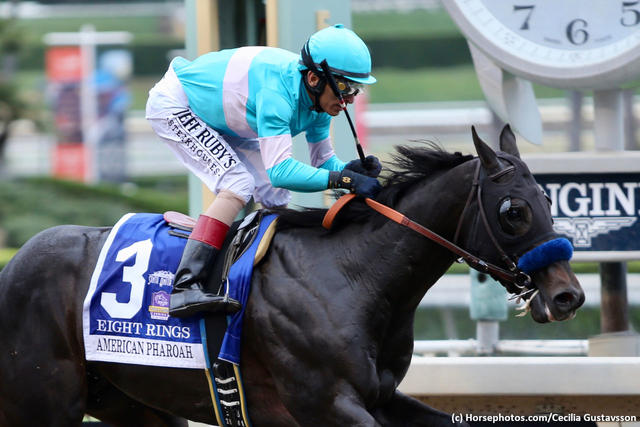