Enforceable temporarily vaulted into second place on the 2020 Road to the Kentucky Derby leaderboard when rolling to a solid-looking victory in the Lecomte (G3) at Fair Grounds on Saturday.

Previously awarded three points by running third in the Breeders' Futurity (G1) and fourth in the Kentucky Jockey Club (G2), the son of Tapit continued to show improvement by taking the top prize of 10 Derby qualifying points in the Lecomte, thereby pushing Anneau d'Or and Tiz the Law, each of whom had 12 points, down one spot.

Finnick the Fierce, second in the Kentucky Jockey Club, made a minor advancement to 17th place with an additional point earned by running fourth in the Lecomte.

Enforceable's hold on second could last less than a week as Friday's $150,000 Smarty Jones at Oaklawn, the final Derby prep in January, includes both Kentucky Jockey Club winner Silver Prospector and Springboard Mile scorer Shoplifted. The Steve Asmussen-trained duo each have 10 points, and would move ahead of Enforceable with either a first- or second-place finish in the mile race.

A much bigger shakeup of the leaderboard is expected by the evening of Feb. 1, when the Holy Bull (G3), Withers (G3), and Robert B. Lewis (G3) will all be run. 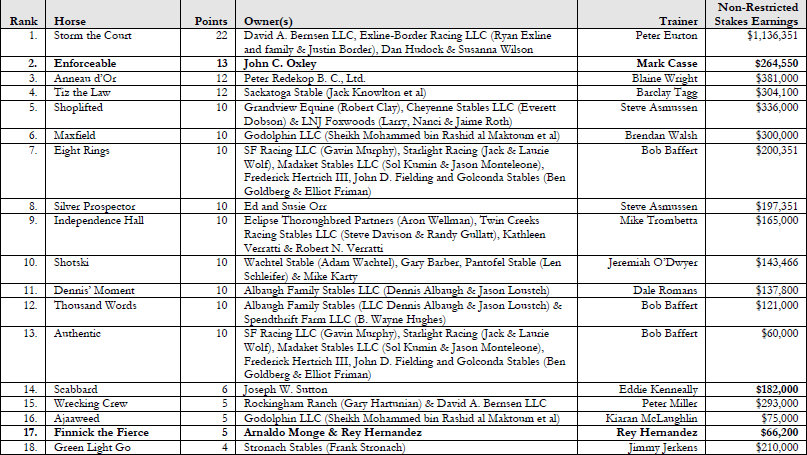 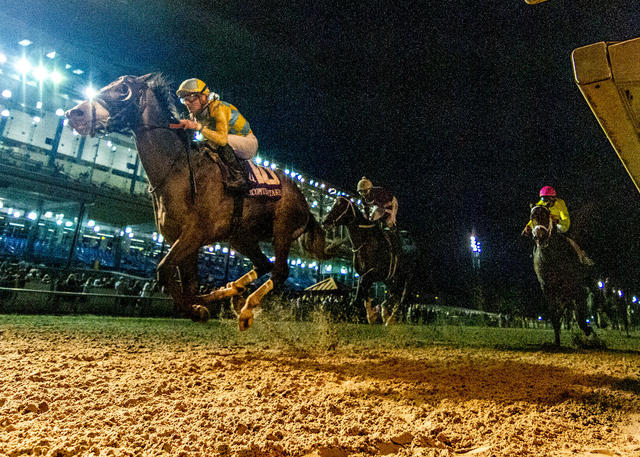