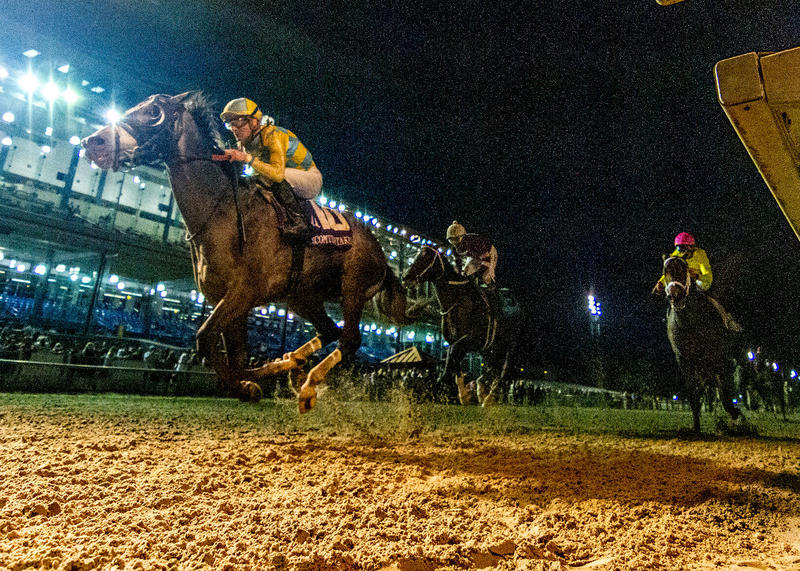 Enforceable, runner-up in the first Risen Star (G2) division, will meet the superfecta from the second division led by Modernist. The three shippers – Portos, Royal Act, and Wells Bayou – placed in other Derby scoring races around the country, making for a competitive and intriguing cast.

The 7-2 morning-line favorite with Julien Leparoux, Enforceable has turned in strong efforts in the first two scoring races at Fair Grounds. The Mark Casse trainee rallied to take the Lecomte (G3) and closed for second to now-sidelined Mr. Monomoy in the faster Risen Star.

Silver State comes out of the same two races, placing second to Enforceable in the Lecomte and third in Risen Star 1. Although yet to beat Enforceable, the less experienced colt has upside for Hall of Fame trainer Steve Asmussen.

Modernist, who used his rail post to upset Risen Star 2, finds himself on the opposite side of the starting gate here in post 14. Hall of Famer Bill Mott expects him to be able to secure decent early position with regular rider Junior Alvarado.

Four of his rivals from that division are looking forward to a rematch. Eye-catching second Major Fed picks up a top jockey in Joel Rosario. Third-placer New York Traffic, who vied with Modernist early, puts blinkers on. Wide-trip fourth Mailman Money threatened turning for home before flattening out, but he projects a ground-saving passage from post 2 here. Likewise Lynn’s Map, who had upset Mr. Monomoy in a Dec. 15 allowance, ran a better-than-appears sixth during an unfavorable trip. Trained by Casse like Enforceable, he gets a rider switch to Tyler Gaffalione.

Todd Pletcher will be represented by Portos, whose belated charge into third in the Withers (G3) at Aqueduct suggests he’ll appreciate the added ground. Irad Ortiz Jr. comes in for the ride.

Southern California invader Royal Act also did his best work late when a close runner-up in the Robert B. Lewis (G3), his dirt debut for Peter Eurton. Jockey Abel Cedillo makes the trek to stick with the son of American Pharoah.

The Brad Cox-trained Wells Bayou had the shortest trip over from Oaklawn, where he nearly wired the Southwest (G3). Florent Geroux will likely try to use his speed again from post 3.

Cox’s other runner, Shake Some Action, has an off-the-pace style. Up in time in a 1 1/8-mile allowance on the Risen Star undercard, he renews rivalry with Asmussen’s near-misser Chestertown. Yet another son of Tapit (along with Enforceable and Portos), Chestertown lures Hall of Famer John Velazquez into the saddle. Not to be overlooked is Sharecropper, who didn’t have a clean trip when fourth in that same allowance. The Al Stall Jr. pupil was a promising Churchill maiden winner last fall.

Social Afleet takes a class hike after capturing a state-bred allowance, but hails from the barn of Dallas Stewart whose runners can outperform big odds.

The two also-eligibles in the Louisiana Derby ran well in their Risen Star divisions, only to lack sufficient lifetime earnings to make it into the main body of the field. Mr. Big News, a stablemate of Mailman Money, was fifth behind Modernist and needs just one defection to draw in. Pletcher’s Farmington Road made a big move into fourth behind Mr. Monomoy and Enforceable, but is stuck as number 16 here. Co-owner Eclipse Thoroughbred Partners tweeted plans to point for the Wood Memorial (G2). 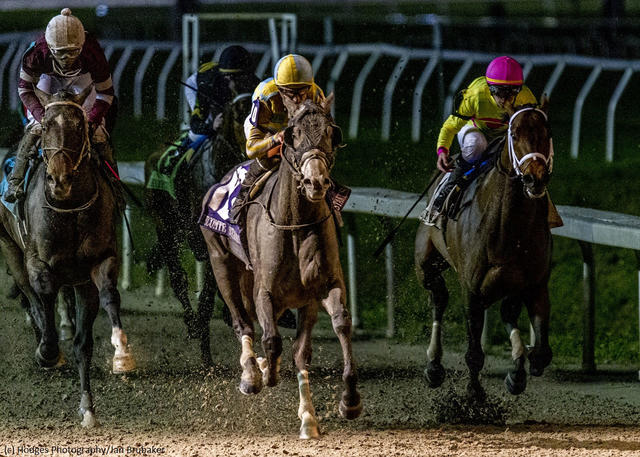