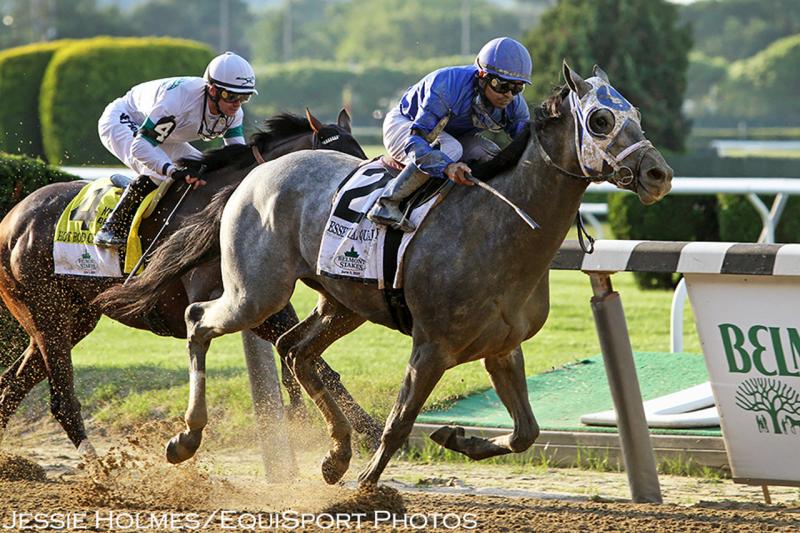 Champion Essential Quality will kick off the second half of his campaign in Saturday’s $600,000 Jim Dandy S. (G2) at Saratoga. Freshened since his thrilling Belmont S. (G1) victory over Hot Rod Charlie, the Brad Cox trainee is tuning up for the Aug. 28 Travers S. (G1).

Only five rivals will challenge Essential Quality in the 1 1/8-mile Jim Dandy. Up-and-coming Masqueparade bested Triple Crown veteran Keepmeinmind in the Ohio Derby (G3) last out. Gotham (G3) hero Weyburn just missed to Mandaloun in the Pegasus S. at Monmouth, where Dr Jack was third in his stakes debut. Risk Taking seeks to rebound from flops in the Wood Memorial (G2) and Preakness (G1), but had looked promising earlier this year when capturing the Withers (G3).
As that summary indicates, Essential Quality is the class of the field. The Godolphin homebred has lost only once in his career, as a tough-trip fourth in the Kentucky Derby (G1), and accordingly ranks as the 1-2 morning-line favorite at Saratoga.
“He likes it up here big time,” Cox told NYRA publicity. “We take him out in the afternoons when it’s not raining and let him graze. He’s a lawnmower. He’s real focused here. He’s doing well.
“I’m very anxious to see him race again just for the simple fact of how he’s training and how he’s filling out. He’s a very intelligent horse. He’s been wanting to do more. He came out of last work great. He’s been very sharp and his energy has been great. The cooler weather is playing a role in that. But he’s ready to run. I’m very excited.”
Yet Saratoga has a reputation for producing shockers – hence it’s dubbed the graveyard of champions. Indeed, the Jim Dandy itself refers to one of the Spa’s most celebrated upsets, when the 100-1 Jim Dandy floored Triple Crown legend Gallant Fox in the 1930 Travers.
That history can give his opponents hope on Saturday, especially combined with a small field, likely modest pace scenario, and Essential Quality’s main goal being the Travers.
Masqueparade’s trainer, Al Stall, recognizes the task at hand.
"Our horse is on the upswing, so if he keeps improving, he could be there or thereabouts,” Stall said. “He deserves a shot. His last two races have been very good and he handled graded competition. The numbers (speed figures) are fine, but stepping up to those proven competitors is more a test to me than running against the clock. I think he deserves a chance.”
Masqueparade has recorded 102 Brisnet Speed ratings in his last pair, both at this distance. His 11-length allowance romp on Kentucky Derby Day propelled him to his stakes debut in the Ohio Derby.
Weyburn boasts the second-best Brisnet Speed rating in the field, a 104 in the Gotham. Essential Quality’s career-high 111 in the Belmont easily tops that, but if the favorite reverts to his previous top of 102 from the Blue Grass (G2), things could get interesting. Weyburn needs to perfect his racing technique, however, and the rider switch to Irad Ortiz Jr. should help.
“He still acts like he's a little confused by two-turn racing,” trainer Jimmy Jerkens said. “He breaks on his own and then gets on the bridle and then he was a little keen down the backside (in the Pegasus). The pacesetter stopped abruptly and he (Weyburn) ended up on the lead by himself, and he looked like he spit the bit out a little bit. Mandaloun made a big, sweeping move past him and then he went after him again. He did that in the Gotham, when he lost the lead, he came back on. I guess it's like a little game with him.
“I think the last race did him a lot of good. His only two-turn race before that was the Wood Memorial, and there was a big gap from that race. He should get better with more seasoning.
“Irad is going to have to figure it out,” Jerkens added regarding tactics. “He's got enough natural speed to where you can pretty much put him wherever you want. I just hope instead of running spotty like that, l just hope he runs a little more even all the way and still has it for the end.”
At least Weyburn came back on Mandaloun at the end of the Pegasus.
“When they come back fighting like that, that's what you want,” Jerkens said.
Keepmeinmind also gets a noteworthy change of jockey to Joel Rosario. Third in the Breeders’ Cup Juvenile (G1) to Essential Quality and Hot Rod Charlie, the Robertino Diodoro trainee concluded 2020 with a maiden-breaking victory in the Kentucky Jockey Club (G2). But he never got close on the Triple Crown trail this spring, winding up a belated seventh in the Kentucky Derby and fourth in the Preakness. Putting blinkers back on for the Ohio Derby galvanized him to a hard-charging third, beaten only a half-length by Masqueparade.
Risk Taking, 2-for-3 at this trip for trainer Chad Brown, was a disappointing seventh as the Wood Memorial favorite. The blueblood had a case to do better in the Preakness, only to retreat to a remote eighth. The suspicion is that Risk Taking still has upside, but he must start to right the ship.
Incoming Hall of Famer Todd Pletcher is giving Dr Jack his chance at a class hike. The winner of his first two starts, Dr Jack made a brief bid in the Pegasus before settling for third. Bred on the same cross as Weyburn – by Pioneerof the Nile (American Pharoah’s sire) and out of an A.P. Indy mare – Dr Jack could show more with that experience under his belt.
The Jim Dandy, Saratoga’s 9TH race Saturday, is scheduled for 5:39 p.m. (ET). 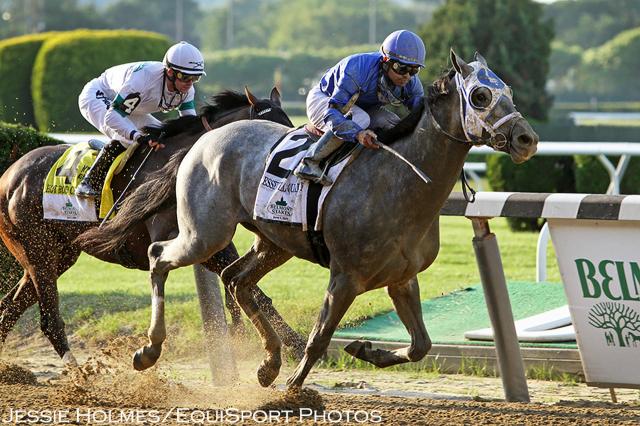