Ete Indien not only waltzed to a comfortable victory in Saturday's Fountain of Youth (G2), but temporarily surged to the top of the 2020 Kentucky Derby leaderboard with a total of 54 points.

The lopsided win, the second in a Derby prep at Gulfstream this winter, came at the expense of Candy Tycoon and Shotski. The latter, who was coming off a maiden win, entered the leaderboard for the first time with 20 points, while Shotski increased his total to 19 though his Derby stock continues to drop after two successive prep losses.

The other significant Derby development of the weekend was the departure of Mr. Monomoy from consideration due to injury. Winner of the first Risen Star (G2) division earlier in February, he was displaced from the top spot by Ete Indien less than 24 hours before his removal by trainer Brad Cox.

Three virtual slots in the Kentucky Derby field will be up for grabs this coming weekend when the Gotham (G3), Tampa Bay Derby (G2), and San Felipe (G2) all award qualifying points of 50-20-10-5 to the top four finishers.

The San Felipe figures to have a short field, but might prove the most intriguing prep seen so far as the Bob Baffert duo of Thousand Words and Authentic will take on each other as well as champion juvenile Storm the Court and the highly-regarded Honor A.P. 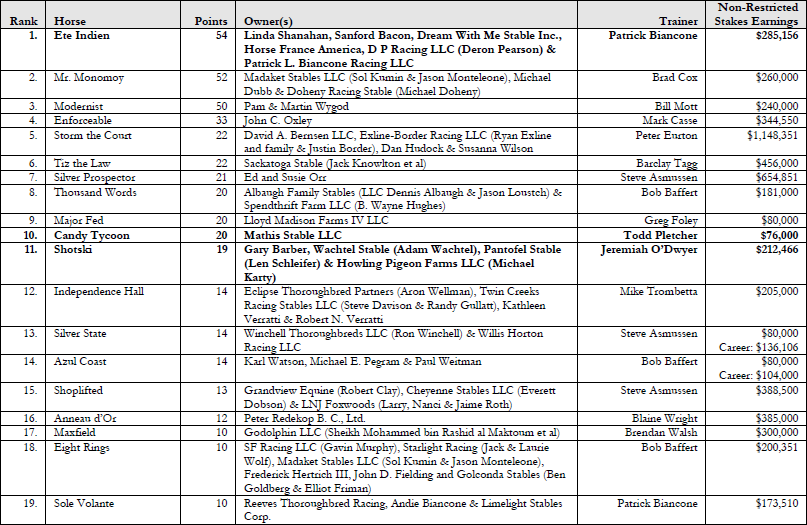 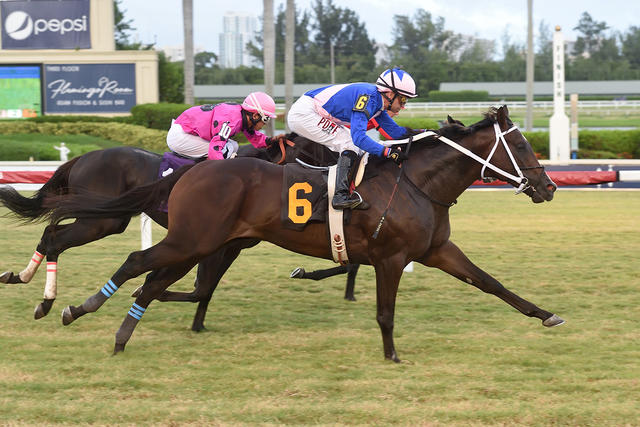