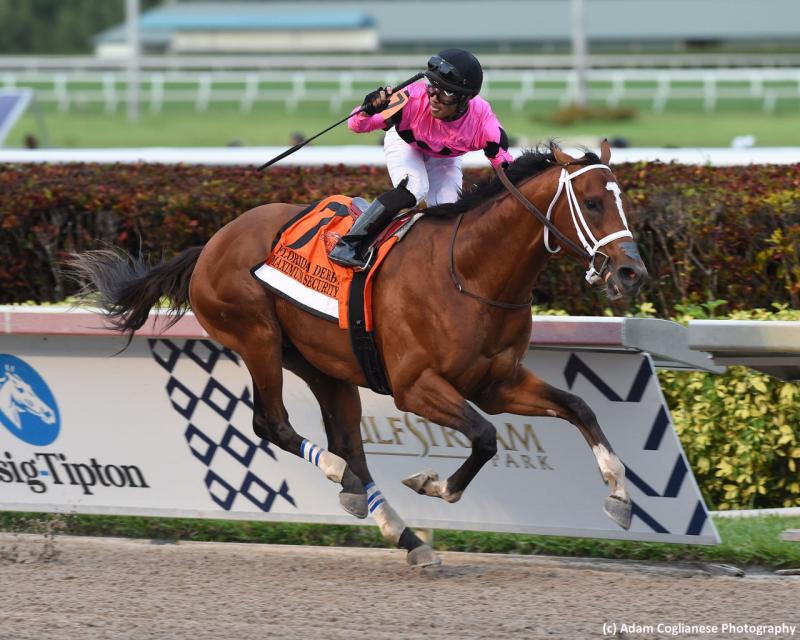 When Hidden Scroll, the 9-5 favorite and pacesetter in last month's Fountain of Youth (G2), was taken back to third early as part of a learning-to-rate exercise, Maximum Security took a lonely lead under Luis Saez. He was chased by 71-1 maiden Bodexpress, and the pair ran one-two around the track with Maximum Security setting fractions of :24.42, :48:98, and 1:12.90.

A homebred campaigned by Gary and Mary West, who also own juvenile champion and fellow Kentucky Derby (G1) contender Game Winner, Maximum Security clinched a spot in the Run for the Roses earning 100 qualifying points. Bodexpress, who has run second in three of five starts, likely did as well earning 40 qualifying points.

This was the first start beyond seven furlongs for Maximum Security, who trainer Jason Servis felt could get the extra quarter-mile given his pedigree.

"His father won a Breeders' Cup (Juvenile [G1]) at a mile and a sixteenth and I had a lot of confidence in Luis Saez," Servis said of the decision to test deeper waters.

Maximum Security won his first three starts by a collective 34 1/2 lengths and, dependent on the outcome of preps over the next two weeks, may arrive at Churchill Downs as one of the betting favorites in the Kentucky Derby.

Bred in Kentucky, Maximum Security is out of the Anasheed mare Lil Indy, a half-sister to multiple Grade 1 winner Flat Out. 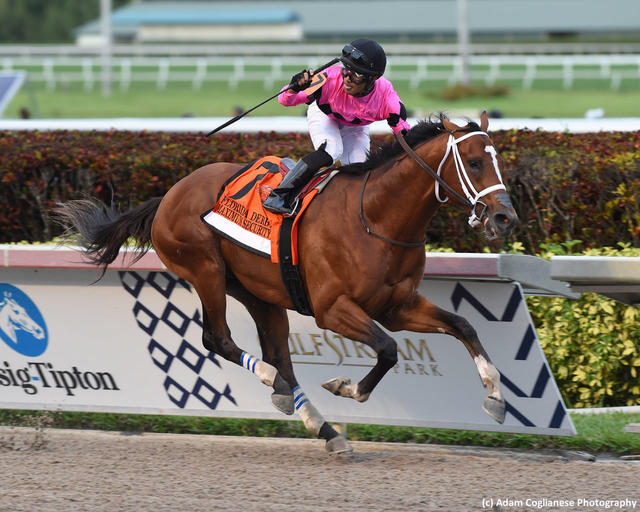