A standout field of 10 sophomore fillies will travel nine furlongs on the Keeneland turf in Saturday’s $500,000 Queen Elizabeth II Challenge Cup S. (G1). The prestigious affair has attracted an enticing cast of three-year-olds this season, both from the U.S. and abroad, in what is a true Grade-1 caliber field.

Canadian invader Lady Speightspeare is unbeaten from a trio of lifetime events in advance of her toughest test so far. The chestnut filly has been a dominant figure in Canada to this stage of her development, and I think that she will be up to the task in her toughest assignment to date. She is the Expert Pick of the Week.

Trained by Roger Attfield, the daughter of Speightstown debuted in August of 2020 and led throughout in a seven-furlong run on the green, winning by a widening 3 3/4 lengths. Sent directly to the top level of racing in her second appearance, the well-bred filly proved best once again when taking the Natalma S. (G1) by a measured three-quarters of a length under Emma-Jayne Wilson.

Lady Speightspeare made her sophomore bow on September 6 at Woodbine over a ‘good’ turf surface and again was much the best, scoring by a facile two lengths while facing her elders. The Charles Fipke homebred has posted four morning drills since that victory, and I have confidence she will be ready to take a big step forward in her second outing of the season.

The Kentucky-bred has ample gate presence and figures to be forwardly placed once again in her first race at picturesque Keeneland. She received a fine post slot outside of the other pace in the cast, and she should enjoy a comfortable voyage throughout.

Aidan O’Brien’s Empress Josephine has faced the toughest opposition of any contender in the field, and the Galileo filly comes off a third-place result when facing a stronger field in the First Lady S. (G1) on the oval a week ago. The Coolmore homebred is a Group 1 Classic heroine with a lot of class, and if the addition of blinkers aid her in her second try on U.S. soil, then she will be a menacing figure inside the final furlong. John Velazquez retains the mount.

An exacta box with Lady Speightspeare and Empress Josephine in the Queen Elizabeth II Challenge Cup S. (G1) is the Best Bet of the Week. 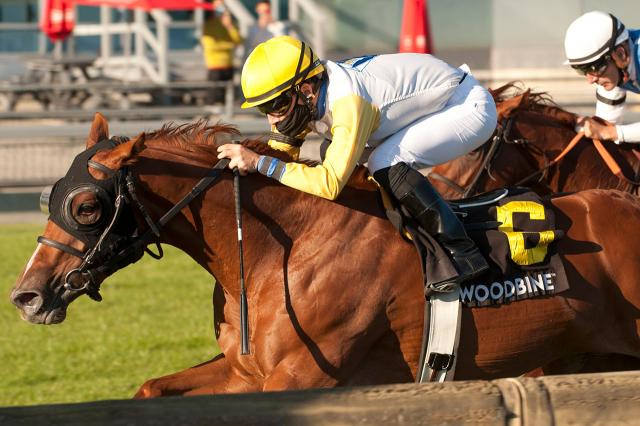