A total of five fantastic graded stakes races will be held at Kentucky Downs on Saturday, led by the lucrative $1 million Turf Cup S. (G2). The 1 1/2-mile headliner attracted an overflow field of 16, including the previous two winners of the race, and promises to be a competitive and thrilling event on a huge day of racing action.

Conditioner Mike Maker has a total of six horses entered for the feature, with five in the main body of the field. Zulu Alpha captured this race in 2019 over firm going, prior to finishing third in the event last campaign when it was contested over a ‘soft’ turf course. The Grade 1-winning dark bay is set to make major improvement in his return to this locale while making his third run off the layoff. He is the Expert Pick of the Week.

Zulu Alpha has been among the top stayers in the country over the past few seasons, and the son of Street Cry earned his biggest win to date when dominating the 2020 Pegasus World Cup Turf S. (G1) at Gulfstream Park. Bred in the Bluegrass State, the eight-year-old has not been in great form from two tries this season, both of which took place at Arlington Park. He was a non-factor from two races when stuck behind a slow pace on each occasion, but figures to receive a much more favorable set up on Saturday.

The Turf Cup S. has a number of contenders who prefer to do their running on or near the front end, which will lead to honest splits being carved out in the early going and, in turn, aid the chances of the late-running types. Zulu Alpha possesses the back class, turn of foot, as well as an affinity for the course, to succeed in this deep contest at a fair price. Ricardo Santana Jr. has the assignment.

Glynn County, also from the Maker shedrow, lacks the experience of many of his counterparts, but the four-year-old seems poised for a fine run on Saturday. The son of Kitten’s Joy was a fine maiden winner on the course as a sophomore, and in his lone run at today’s distance, the bay colt was a dominant allowance winner at Churchill Downs three prior.

The Kentucky-bred closed into a soft pace when a sneaky-good third in the recent Mr. D. S. (G1) at Arlington, and he will move forward with a different race shape in his second local try. Tyler Gaffalione taking the reins is a major positive, as well.

An exacta with Zulu Alpha over Glynn County is the Best Bet of the Week. 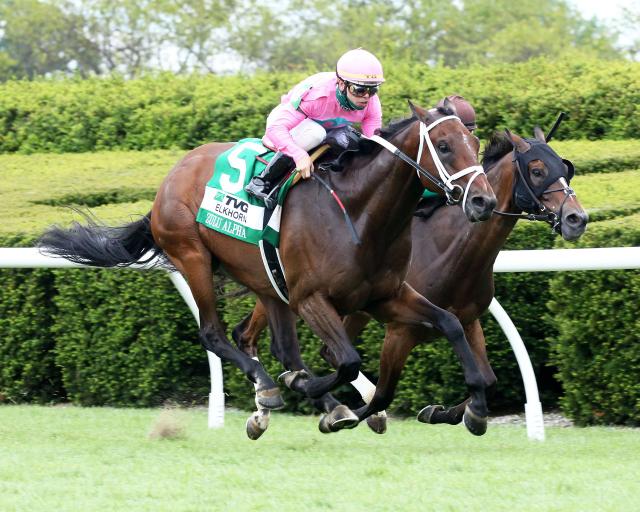