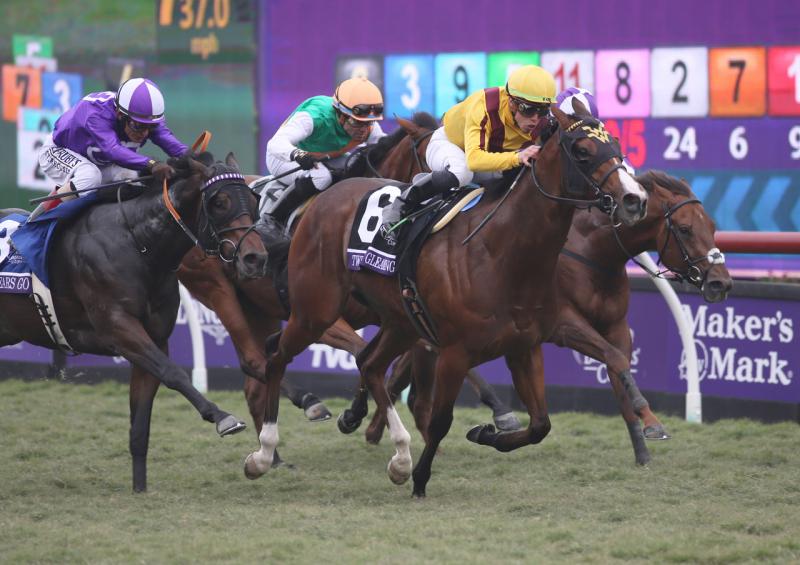 Sophomore fillies will travel five grassy panels on the Churchill Downs turf in Saturday’s $160,000 Mamzelle S. The dash attracted a sizable field of 12, but the affair will go through Breeders’ Cup Juvenile Turf Sprint (G2) heroine Twilight Gleaming. She is the Expert Pick of the Week.

Trained by Wesley Ward, the three-year-old daughter of National Defense was second on debut in a dirt dash at Keeneland last season prior to elevating her game when moving to the lawn. The Irish-bred led throughout in a smashing graduating run on the Belmont Park green prior to taking her tack overseas for her next pair of assignments.

Twilight Gleaming was an excellent runner-up in the Queen Mary S. (G2) at Royal Ascot in her initial stakes try, prior to gamely taking a listed race at Deauville. She led in gate-to-wire fashion at Del Mar to cap her fine juvenile campaign, and the bay filly made her 2022 bow at Keeneland when finishing a clear second by more than five lengths in the Palisades S.

The fleet filly will face some swift runners on Saturday while likely absorbing some pressure early on, but her overall class will be too much for this cast. Tyler Gaffalione will guide the favorite, who spun a swift half-mile on the local lawn in preparation of her Churchill Downs bow.

Margie’s Kitchen lacks experience with just two lifetime outings to her credit at this stage of her development, but the Michelle Lovell trainee left a fine impression of herself in a single turf race so far. The Daredevil filly drew off to a commanding score on debut at Fair Grounds in February, and while she tired in the lane when racing on the dirt most recently, I believe that the Kentucky-bred will relish the return to the lawn in this offering. Regular pilot Jack Gilligan will be in the stirrups.

I will also include Devine Charger from the barn of Jordan Blair. The gray daughter of Will Take Charge has displayed a measure of class on both the dirt and grass, but I feel that she is best on the lawn and will prove it on Saturday. The stakes-placed sophomore will track the pace and make a run into the top three late with Brian Hernandez in the silks.

An exacta with #5 Twilight Gleaming on top of #3 Margie’s Kitchen and #11 Devine Charger in the Mamzelle Stakes is the Best Bet of the Week. 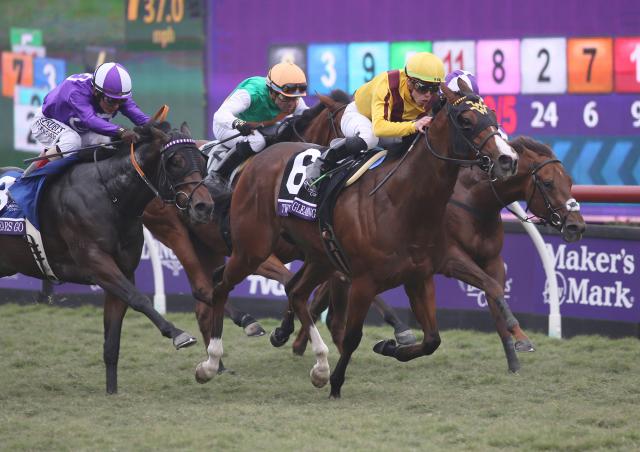