An overflow field of 14 has been entered for Sunday’s $300,000 River City H. (G3) at Churchill Downs. The 1 1/8-mile turf event attracted a well-matched bunch in what appears to be an enticing wagering affair.

The Paulo Lobo-trained In Love, winner of the 2021 Keeneland Turf Mile (G1), has yet to win since his signature victory last campaign but showed signs of life with a sharp allowance second at Keeneland last time out. Agnes Gold six-year-old will make his third run off the break and seems poised to run his best race of 2022 in this spot. He is the Expert Pick of the Week.

In Love failed to make an impression in a pair of deep Grade 1 tilts to kick off the season, but the gelding did show improvement at Kentucky Downs in September when finishing an even fifth, beaten by 2 3/4 lengths, in the Tapit S. And while the Brazilian-bred did burn money as the favorite in his latest performance, the bay did unleash his customary strong late kick to be second to a nice winner.

I expect In Love to be taken back early behind an honest early tempo, prior to starting to pass runners in early stretch en route to a victory. Gerrardo Corrales will guide the accomplished top pick.

Stakes winner English Tavern has won three of his last five and has also hit the board in his trio of lifetime tries at the distance. By English Channel, the five-year-old will make his first run since transferring to the barn of Michelle Lovell and has been training forwardly in advance of his local bow.

The chestnut gelding is a deep closer who has shown a bit more early interest in his most recent outings, and if he can stay in range early on, I can envision the Kentucky-bred making a run and being in the mix late at a nice price. James Graham will be in the silks.

The classy Set Piece is a smart 4-for-6 on the course for conditioner Brad Cox. Juddmonte homebred likes to win, evidenced by his 11-for-24 career record, and he exits a fine try when a close fourth in the Turf Mile (G1) at Keeneland in his most recent performance. The dark bay six-year-old is surely good enough to topple this crew on his best day and must be included with Florent Geroux taking the reins.

An exacta with #5 In Love on top of #2 English Tavern and #11 Set Piece in the River City Handicap is the Best Bet of the Week. 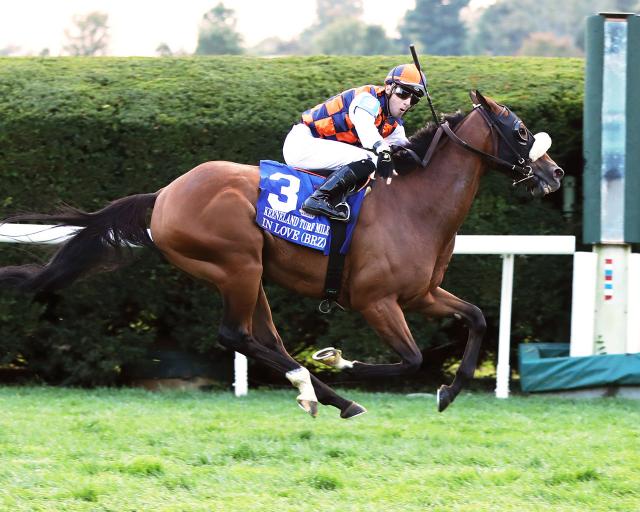