A talented field of 11 sophomores will travel one-mile in Saturday’s $300,000 Gotham (G3) at Aqueduct. The 2020 Road to the Kentucky Derby challenge series contest offers points on a 50-20-10-5 basis to the top-four finishers.

Recent maiden winner War Stopper has shown marked improvement since switching to the dirt, and he moved up in a big way when adding blinkers last time out. The Rudy Rodriguez trainee is improving at the right time of the year, and he is the Expert Pick of the Week.

The Salerno Stables and Madaket Stables’ color bearer didn’t show much potential in his first pair of lifetime outings, both of which came on the lawn. The Declaration of War colt made his dirt debut on this oval in December and finished evenly in fifth after a poor break. He was flattered by the third-place finisher, Modernist, who has won two races in succession since including a division of the Risen Star (G2).

War Stopper was equipped with blinkers for the initial time in a maiden special weight race at Aqueduct on January 11, and the move paid instant dividends. The Kentucky-bred broke best and never looked back in posting a wire-to-wire victory under Jorge Vargas, Jr., who returns to the silks on Saturday.

Purchased for $75,000 at the 2018 Keeneland September Yearling Sale, War Stopper hails from the same female line as champion Stellar Wind and Grade-1 victor Mor Spirit. The chestnut has four route races under his belt, and the sophomore comes in fresh with five solid morning drills in advance of his stakes debut.

While the top pick led at every call in his maiden score, he is likely to take back off the pace in the Gotham when facing a bevy of early speed contenders. War Stopper will save ground along the rail and commence his run approaching the turn for home at a big price.

Note that Pool 3 of the Kentucky Derby Future Wager is also available this weekend. 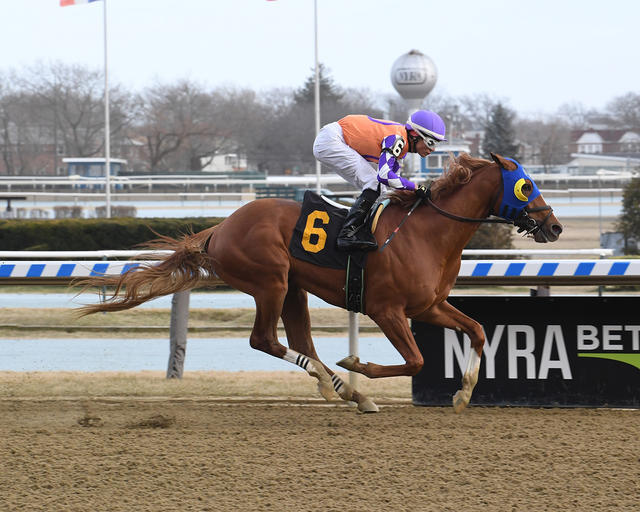