Expert Pick of the Week: Remsen Stakes on Dec. 4

A field of eight juveniles will travel 1 1/8 miles on the Aqueduct main surface in Saturday’s $250,000 Remsen S. (G2). The nine-furlong event acts as a 2022 Road to the Kentucky Derby challenge series contest, with the top four finishers earning points on a 10-4-2-1 structure.

The Chad Brown-trained Zandon is short on experience but long on potential. By young sire Upstart, the dark bay colt rolled home to a visually impressive sprint win at first asking and has trained well in the interim in advance of his route and graded stakes debut. He is the Expert Pick of the Week.

Purchased for $170,000 as a yearling, the dark bay colt hit the gate at the start of his unveiling, and he was pinned down on the inside while taking considerable dirt in his face around the back of the track.

Zandon had to wait for room to display his best stride, and he did just that in the stretch. The Kentucky-bred eagerly moved into the clear down the lane and powered clear under and through the wire, with an excellent gallop out following his triumph to indicate that he prefers to run long.

I feel that the uncomfortable debut from the youngster will do a lot for his seasoning going forward, and the March foal should benefit from a post slot well off the rail for his second assignment, too. Joel Rosario has the call and will likely have the top pick forwardly placed and in the hunt from the opening bell on Saturday.

A pair of horses from top barns also interest me in the race, and I will include both in my exacta play. Todd Pletcher’s Mo Donegal was a stout maiden winner at 1 1/16 miles when displaying a robust late kick at Belmont Park in his second career appearance. The $250,000 son of Uncle Mo showed marked improvement on the stretch out in distance most recently, and the rail post should allow the April foal to save ground throughout with Irad Ortiz in the silks.

The Shug McGaughey-trained Judge Davis impressed with a nice maiden victory two back, which preceded a productive third-place showing in the Nashua S. (G3) in his latest endeavor. The Kentucky-bred son of Distorted Humor will be equipped with blinkers for the initial time on Saturday, and it wouldn’t be surprising to see the Courtland Farms color bearer move forward in his second stakes attempt. The colt will have Jose Ortiz on board.

An exacta with #7 Zandon over #1 Mo Donegal and #3 Judge Davis is the Best Bet of the Week. 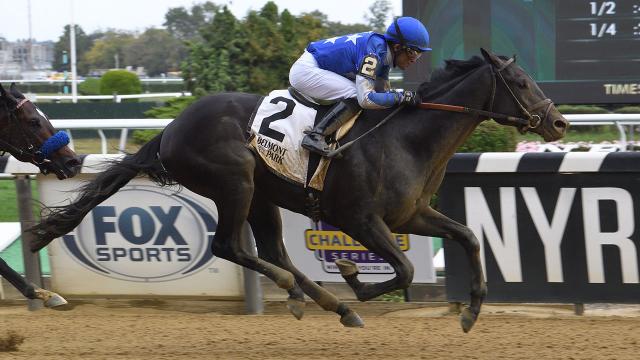