The lucrative event attracted numerous legitimate contenders that could take home the top prize in one of the more interesting races of the weekend. And it also acts as a 2022 Road to the Kentucky Derby challenge series qualifying race, with the top four finishers garnering points on a 10-4-2-1 basis.

The Ron Moquett-trained Osbourne has run a pair of solid races to begin his career at Churchill Downs. Second to subsequent stakes victor Howling Time on debut, the chestnut two-year-old was always prominent before taking over in the stretch last time out en route to graduating in a seven-furlong test on November 17. He is the Expert Pick of the Week.

Osbourne outran his 16-1 odds at first asking when staying in striking range close to a fast early pace and staying on well through the wire at six panels. The gelded son of Tapiture was an overwhelming 1-2 favorite in his second endeavor and left little doubt as to who was best while keeping a nice prospect in Hitting Bombs at bay late in his 1 3/4-length tally.

The Kentucky-bred April foal has the pedigree to handle the stretch out in distance with relative ease, and his running style hints that traveling one-mile fits his profile perfectly as well. He shows two easy morning drills in advance of Friday, and I believe that he will benefit from drawing the widest post in the field. Regular pilot Julien Leparoux coming in to ride is another positive.

Classic Moment, one of two in the cast for trainer Steve Asmussen, defeated a fine prospect in Cyberknife when graduating most recently beneath the Twin Spires. The $350,000 son of young sire Classic Empire showed improvement from his first offering last time out, and he will get Lasix for his stakes debut here. He rates a big chance with a forward move.

The Saffie Joseph-conditioned Make it Big has been dominant in his two career outings, both at Gulfstream Park. By Neolithic, the $120,000 juvenile purchase is proven at seven-eighths, and I feel that the move to one mile will benefit the dark bay, who received a fine post draw just off the rail. Jose Ortiz will guide the colt for the first time on Friday.

An exacta with #9 Osbourne on top of #5 Classic Moment and #2 Make it Big in the Springboard Mile Stakes is the Best Bet of the Week. 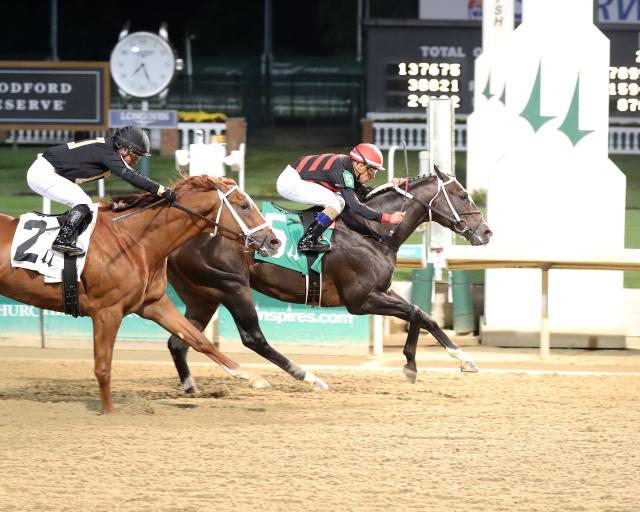