A rematch between the top two finishers of the 2020 Jockey Club Gold Cup (G1) will be the headline attraction in Saturday’s $400,000 Suburban S. (G2) at Belmont Park. The unbeaten Happy Saver defeated recent Dubai World Cup (G1) winner Mystic Guide by three-quarters of a length last campaign over the same track and 1 1/4-mile distance, and I expect a similar result in their second encounter.

Trained by Todd Pletcher, Happy Saver cruised through four races in 2020, capped by his most prominent victory in October, and he commenced his four-year-old year with a smart allowance win going a one-turn mile over Big Sandy on May 28. The Wertheimer and Frere homebred has yet to take a bad step, and he will come into the Suburban with some swift morning drills, as well. With just five lifetime races under his belt, the Kentucky-bred has a lot of room for improvement.

Happy Saver is drawn on the outside of the compact six-horse field and will have clear sailing throughout. The chestnut has very good tactical speed, and it’s likely that he takes the race to his foes from the start in a field lacking a lot of early presence. Regular pilot Irad Ortiz stays in the silks atop the standout colt, who figures to lead every step of the way in the Suburban.

The ultra-talented Mystic Guide has been flat-out brilliant from a pair of tries in 2021. Conditioned by Michael Stidham, the chestnut son of Ghostzapper was a sensational winner of the Razorback H. (G3) in his four-year-old debut, which was followed by his daylight triumph at Meydan. The Godolphin homebred has finished second in both of his previous runs at Belmont Park, and the chestnut colt continues to train forwardly for his initial attempt since returning from the desert.

Luis Saez will be in the silks atop the $7 million earner, and I envision him pressing the pace established by Happy Saver from the start of the 10-furlong event.

A straight exacta with Happy Saver on top of Mystic Guide in the Suburban is the Best Bet of the Week. 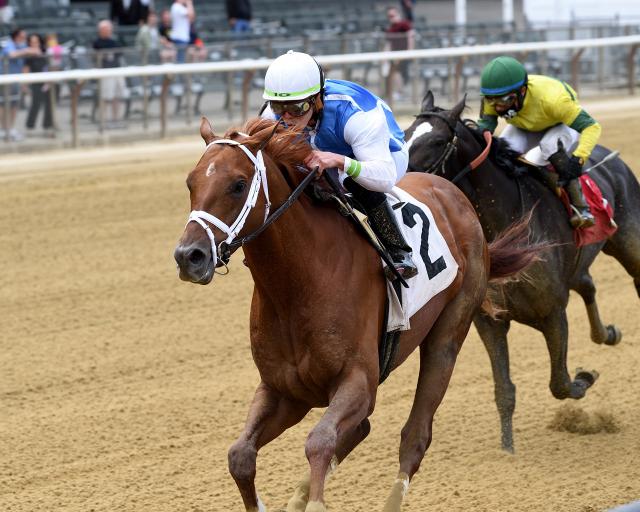