A big cast of sophomores will go postward in the $150,000 William Walker S. in the opening-day feature at Churchill Downs on Saturday. An overflow field of 12 will endure the 5 1/2-furlong turf test, and I think the event is ripe for an upset with question marks surrounding the favorites.

The Brian Lynch-conditioner Rockstar Ro comes in fresh and races as a gelding for the initial time. By Gemologist, the talented three-year-old earned a lifetime best Brisnet Speed figure in his most recent outing, and I expect him to take another step forward on Saturday in his debut beneath the Twin Spires. He is the Expert Pick of the Week.

Rockstar Ro took six tries to break through the maiden ranks when gamely defeating a solid cast at Gulfstream Park two prior in a five-furlong turf tilt. Following a two-month absence, the Kentucky-bred impressed me when just missing second in a tough allowance dash in his latest performance. The dark bay gave the impression of a horse who will appreciate a bit more ground with which to work with, and I envision him liking the Churchill turf compared to the speed-favoring Gulfstream strip, as well.

In the William Walker, Rockstar Ro will sit in the second flight behind a trio of speedy contenders early on, and he will get the jump turning for home on his foes that come from well off of the pace. Corey Lanerie, who has experience on the recently gelded sophomore, will be atop the upset selection.

Jockey Tyler Gaffalione opted to ride recent allowance star Field Day over my top pick, and the Broken Vow gelding makes a lot of sense in this spot. The bay was a fast-closing third in the Texas Glitter S. last time out and can run from on the lead, as well, for trainer Brad Cox.The wildcard in the field is Bodenheimer for Valorie Lund. A two-time stakes winner, the fleet sophomore is three-for-three when gaining the edge early on, and it’s quite possible that the son of Atta Boy Roy clears on Saturday with a swift break from the gate. Regular pilot Brian Hernandez Jr. retains the mount.
Expert Pick

An exacta with Rockstar Ro on top of Field Day and Bodenheimer is the Best Bet of the Week. 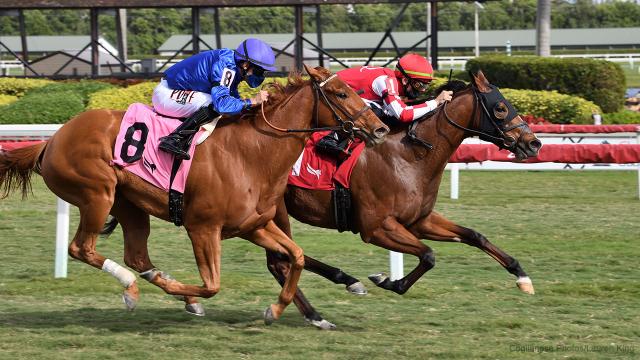