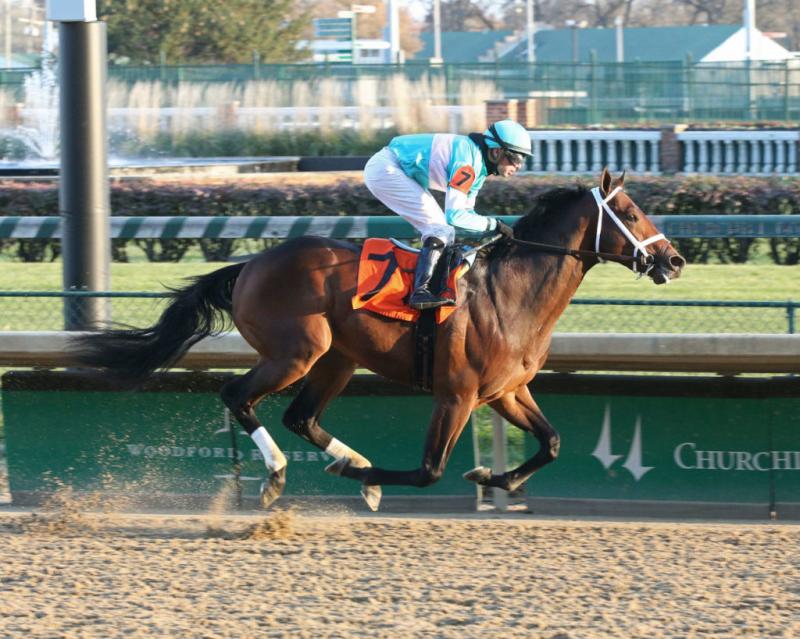 Fair Grounds will play host to a pair of divisions of the $400,000 Risen Star (G2) on Saturday. The popular events for 3-year-olds are key “2020 Road to the Kentucky Derby” challenge series races, with points being distributed on a 50-20-10-5 basis.

The first division of the Risen Star attracted a strong group of 11 prospects, with five of the top six finishers of the recent Lecomte (G3) in the field. And I will tab a contender exiting the race.

The Brad Cox-trained Mr. Monomoy finished a clear third in the Lecomte while always close to a solid pace, with the top pair that defeated him coming from well back early on. Sophomore son of Palace Malice has steadily improved with each lifetime performance to date, and he is the Expert Pick of the Week in the first edition of the Risen Star.

Bred in the Bluegrass State, the bay is a half-brother to champion Monomoy Girl and aims to join her in graded stakes glory. Equipped with early presence and versatility, the top pick will receive a more favorable voyage on Saturday when tracking the pace while outside and in the clear.

Mr. Monomoy has posted a pair of smart morning drills in preparation of this event, and regular pilot Florent Geroux coming back to ride is a positive for sure.

In the second division, Breeders’ Cup Juvenile (G1) runner-up Anneau d’Or is the one to beat while making his 2020 debut. The Blaine Wright trainee was fantastic in his trio of races as a juvenile and is training in fine fashion for his sophomore bow.

The $480,000 2-year-old purchase will wear blinkers for the initial time in the Risen Star, and he also receives a rider change to top pilot Joel Rosario. I love the fact that the colt bypassed the El Camino Real Derby on the same day at his home base at Golden Gate to challenge this cast. That is a sign of great confidence from his connections, in my opinion.

Anneau d’Or has three route races under his belt to this stage of his development. The son of Medaglia d’Oro is a leading Triple Crown contender based off his 2019 form, and I envision him solidifying his status with a prime performance in the Risen Star on Saturday.

Mr. Monomoy and Anneau d’Or taking their respective divisions of the Risen Star are the Best Bets of the Week.