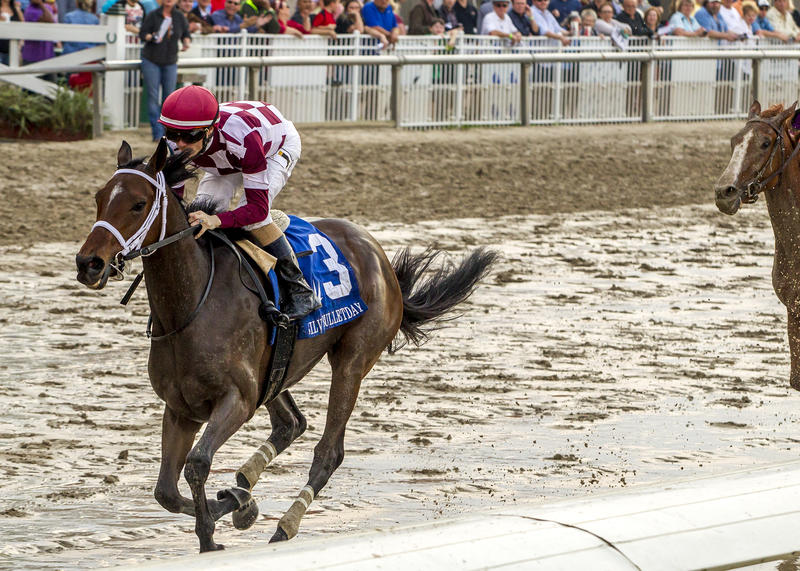 Regular rider Channing Tatum was aboard Farrell, who picked up another 10 points to bring her total to 20 points toward a starting berth in the May 5 Kentucky Oaks (G1) at Churchill Downs. The Silverbulletday Stakes is part of the Road to the Kentucky Oaks series of point races and awarded points on a 10-4-2-1 basis to the top four finishers.

Wicked Lick rallied late to stick her head in front of Gris Gris for the runner-up spot and four points. She debuted on the Leaderboard in 20th. The two points Gris Gris earned for third saw her jump from 34th on the Leaderboard to 21st with three total points. Summertime Sky took home one point for finishing fourth and debuted in position 36.

Farrell is now 5-3-0-1 in her career with $241,357 in lifetime earnings. Until the Silverbulletday she had made all her starts at Churchill Downs. She broke her maiden by five lengths in her second start and finished third when trying stakes rivals for the first time in the Rags to Riches Stakes last October 30. The Malibu Moon filly closed out her juvenile campaign with a six-length wire job in the Golden Rod Stakes (G2) under the Twin Spires on November 26.

“It went accordingly. Channing (Hill) thought (Gris Gris) would have some speed, so I told him we would just go to the front and sit right off her. That’s what we did. We had a nervous moment (at the top of the stretch), but not a whole bunch. You want to wait until mid-stretch here before you really worry. At that point, she was looking nice and Channing was sitting pretty good.”

“This is a very classy filly. She’s bred to be a good horse and the whole barn has done a good job getting her to this level. She shut off really nicely for me, took a few deep breaths down the backside and then punched home when (Untapped) came outside of me.”

“I’m really happy with her performance. She keeps getting better.”

“We had a great trip. I knew I had horse and at the top of the stretch I thought I could maybe out-grind them. She finished off really good and is getting better and better as we go along. Every race is an improvement.”

“The winner was always outside us, so I broke and said ‘let’s go’. My filly never stopped running. She wasn’t even handling the track that well, but she ran as well as she did, so I hope she moves forward.”

“I was a little wider than I thought I would be, but overall it was a clean trip. I tried to follow Farrell around and we got out-kicked down the stretch. Last time we easily beat the runner-up, so sometimes you never know. We’ll get her another day.” 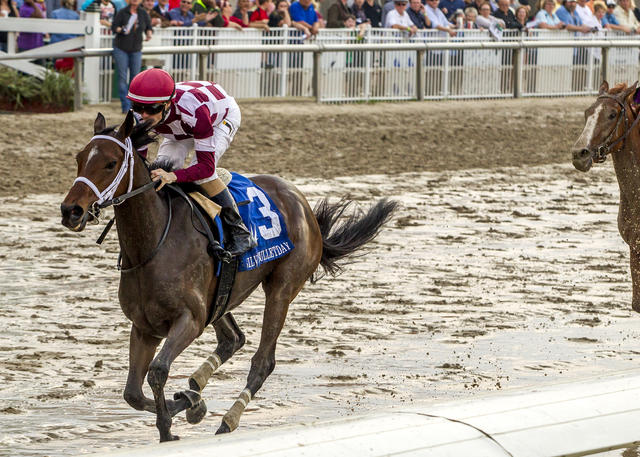