What started out sounding like a cheesy Penthouse Forum letter turned into a sentimental recollection of his 30 years in the game, as Kendall Hansen, MD, fought back tears to describe what a Spiral Stakes win meant.

“I never thought it could happen to me,” Hansen said after winning the Spiral with his Fast and Accurate.. “When I got started in this game moments like these were for other people.”

Hansen has hoisted trophies on higher platforms before, winning the 2011 Breeders’ Cup Juvenile at Churchill Downs with eventual champion two-year-old male Hansen, sire of Fast and Accurate, but the Spiral at Turfway in Florence, Kentucky, took on special meaning for the Northern Kentucky doctor.

“I never thought it would be me here, but here we are.”

Hansen started two horses in the race—the speedy En Hanse from the outside and eventual winner Fast and Accurate. En Hanse, who Hansen owns in partnership with Bode Miller, set the pace before being run down by his stablemate.

“(Trainer) Mike (Maker) liked (Fast and Accurate) better, but En Hanse is blistering fast,” Hansen said. “We figured we’d let him go and see how far he can go. When both had a chance at the top of the stretch, I was pretty excited.”

Most of Hansen’s stable revolves around his eponymous stallion, who stood his first season at Coolmore’s Ashford Stud in Kentucky before selling to Korea. Hansen said Coolmore has the option to buy back the sire for twice what they sold him for.

“They might want to think about that,” Hansen said. “It could be a good deal for them.”

One deal Hansen will have to decide if he wants to do is whether to pay $200,000 to supplement Fast and Accurate to the Triple Crown. The colt is not currently nominated.

However, when asked whether he was going to the Kentucky Derby next, Hansen left no doubt.

Hansen had already gambled with Fast and Accurate when Maker dropped him into a $30,000 maiden claiming event after three losses by a combined 14 1/2 lengths to begin his career. He won by 4 1/2 lengths then shipped back to Gulfstream and won an overnight stakes.

“He really impressed me in Florida because travel down there was tough, but he handled the hurdle better than expected,” Maker said. “He and we gained a lot of confidence from those two wins.”

In addition to the purse, Fast and Accurate’s win was worth 50 Kentucky Derby qualifying points, which is enough to get him into the gate on May 6 at Churchill Downs if Hansen pays the supplemental fee, which it sounds like he is.

Hansen paid $85,000 for Fast and Accurate at the 2016 Ocala Breeders’ Sales Co. two-year-old in training sale. John Penn bred the colt in Pennsylvania out of the Green Dancer mare It’s Heidi’s Dance. 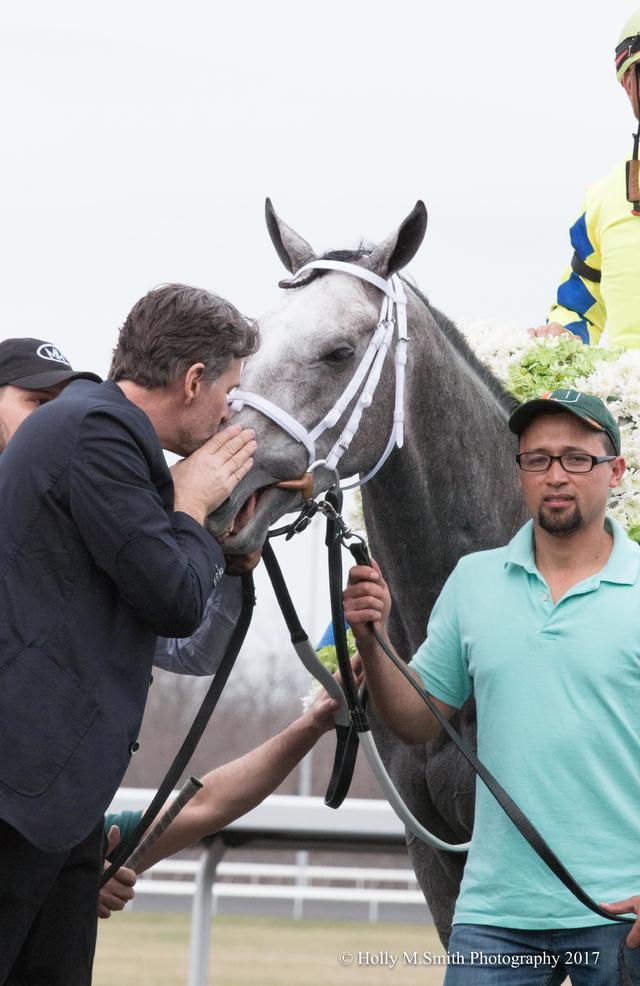