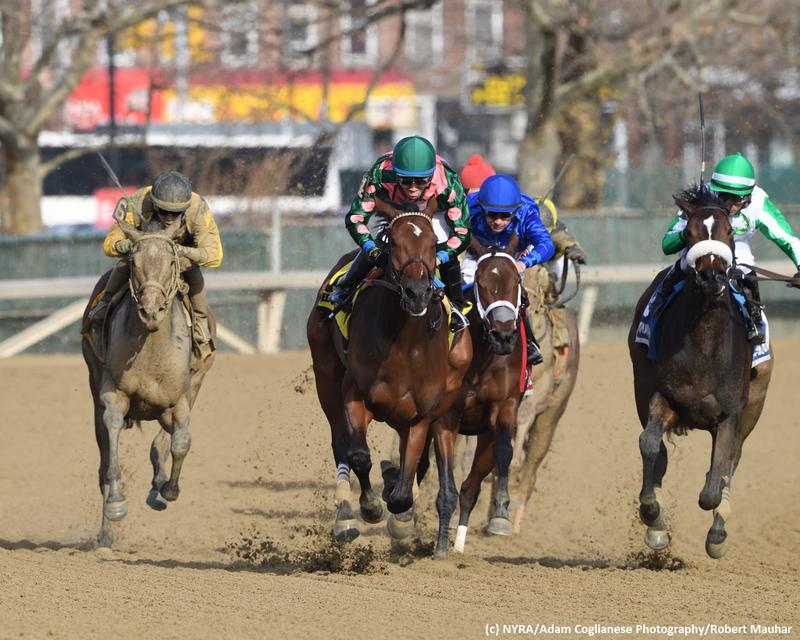 A tiring third when last seen in the Demoiselle (G2), Filly Joel rates as the 2-1 morning-line favorite for Sunday’s $100,000 Busanda over the same 1 1/8-mile distance at Aqueduct. But she’ll have to step up to beat 10 rivals in the Kentucky Oaks (G1) points race.

Filly Joel, who chased the pace before romping in her Belmont Park maiden win, sped to the early lead in the December 1 Demoiselle. By the far turn, though, she came under pressure and could not maintain her position as Positive Spirit drew off. Filly Joel also lost second to the late-running Afleet Destiny and had to settle for third in the strung-out field.

Since the Demoiselle marked her first try around two turns, Filly Joel is eligible to do better for the experience. Pedigree suggests she should, being a daughter of Dialed In and an Unbridled’s Song mare. The Rudy Rodriguez trainee keeps jockey Jose Lezcano aboard.

Afleet Destiny had the benefit of a two-turn race going into the Demoiselle, courtesy of her maiden score at Parx for owner-trainer Uriah St. Lewis. By 2007 Kentucky Derby (G1) runner-up Hard Spun, Afleet Destiny is the 9-2 second choice on the morning line.

Stakes debutante Miss Marilyn comes off a wire-to-wire maiden victory here going a mile. Now the Danny Gargan trainee stretches out on the class hike, and the far outside post 11 doesn’t help. Still, there’s plenty to like about the dark bay, a physical specimen reminiscent of her sire Bellamy Road’s top earner, multiple Grade 1-winning millionaire Diversify. Junior Alvarado picks up the mount.

The rail-drawn Always Shopping, most recently a closing second to Miss Marilyn, was also runner-up to Filly Joel at Belmont. It’s noteworthy that trainer Todd Pletcher has entered the thrice-raced maiden in this spot. The Repole homebred is a well-bred daughter of Awesome Again and stakes winner Stopshoppingmaria, runner-up in the 2011 Breeders’ Cup Juvenile Fillies Turf (G2) and Frizette (G1).

Elegant Zip, one of the most experienced fillies in the field, placed in a trio of New York-bred stakes last season. All came around one turn, and the David Donk pupil is yet another stepping up in distance. The consistent type figures to turn in a characteristically honest performance.

The other six runners are exiting races at Laurel Park. Three aim to rebound from unplaced efforts in the Gin Talking S. – fifth Getting Warmer, who had brought a two-for-two record from Parx; sixth-placer Destiny Over Fate, who takes the blinkers off here; and No Mo Lady, a too-bad-to-be-true eighth. Trained by Michael Trombetta, the Uncle Mo filly had finished in the top two in all four prior starts, including a near-miss as the favorite in the Maryland Juvenile Filly Championship. No Mo Lady could be a 20-1 overlay with Julian Pimentel coming in for the ride.

Lady Banba, hailing from the same connections as Derby contender Maximus Mischief, has improved since stretching out from sprints to routes. An 11-length maiden winner at Parx, the daughter of Into Mischief was second in a Laurel allowance. Discreet Sister captured a Laurel allowance last out, and Floss Dancer, third in both of those races, adds blinkers.

The Busanda offers Oaks points on the 10-4-2-1 scale to the top four finishers. 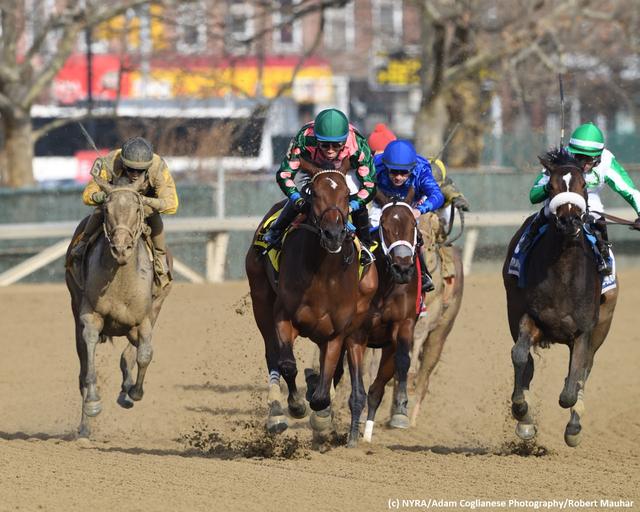