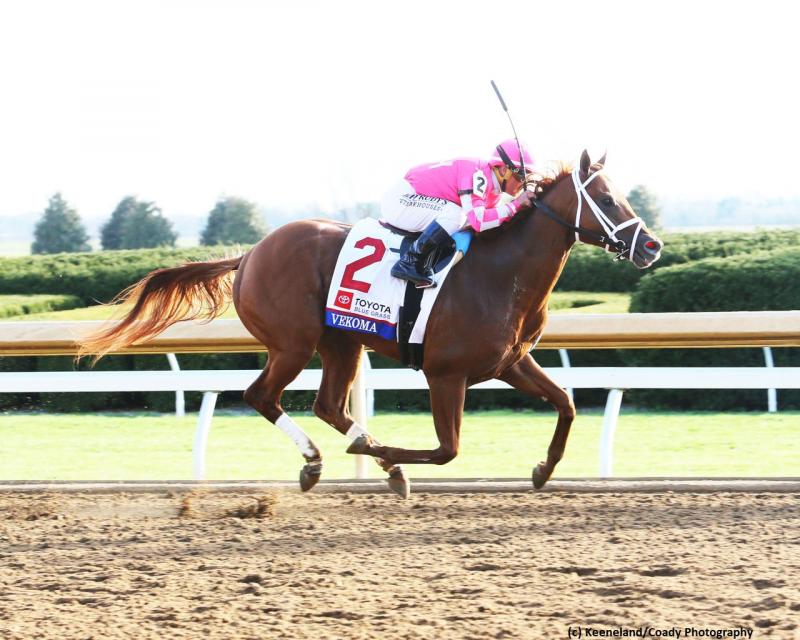 As far as last weekend's action, several runners solidified their hold on a Kentucky Derby slot with first- or second-place finishes in the three major preps. Vekoma (#2, 110 points) improved his position considerably with a big win in the Blue Grass (G2) as did Roadster (#4, 100), who scored his first points in the series winning the Santa Anita Derby (G1). Even reigning juvenile champion Game Winner (#7, 85) gave himself some breathing room above the bubble space running second in the Santa Anita Derby, as did Blue Grass runner-up Win Win Win (#14, 50).

Less fortunate was Signalman (#18, 38), the Blue Grass third who may need need help in the coming weeks to get into the Derby field, while Somelikeithotbrown (#22, 30) and Instagrand (#23, 30) fell out of the top 20 completely.

In one of the more contentious Road to the Kentucky Derby series since its introduction earlier in the decade, the points cutoff line will be presumably be much higher than in recent years when all is said and done. The one certainty is that the likely Derby lineup will come into sharper focus by Saturday evening.