The 1 1/16-mile race is the co-headliner on the second-to-last of the 26-day Fall Meet. Billed as “Stars of Tomorrow II,” each of the 12 races is exclusively for 2-year-olds.

Trained by Hall of Famer Steve Asmussen, Finite scored an impressive six-length win in the Rags to Riches under jockey Ricardo Santana Jr. The chestnut filly by Munnings broke her maiden two starts ago on the turf at Kentucky Downs. The Golden Rod will be Finite’s first test running at two turns. Santana will be in the saddle once again and the duo will break from the rail.

Chief among Finite’s rivals in the Golden Rod is Brereton Jones’ homebred Turtle Trax, who will test stakes company for the first time following an easy 2 3/4-length win one month ago in a first-level allowance contest. Trained by Ian Wilkes, Turtle Trax will be ridden by Julien Leparoux out of post position No. 2.

All fillies will carry 119 pounds. 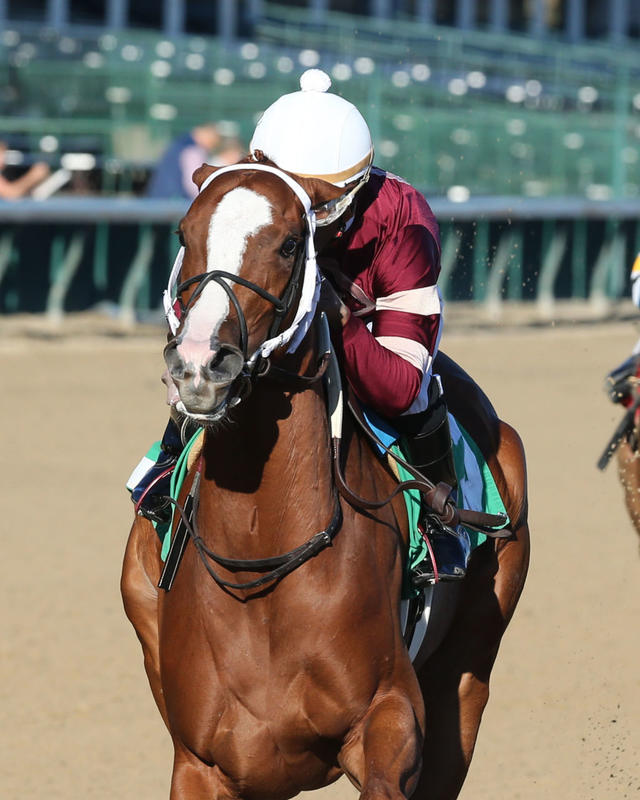