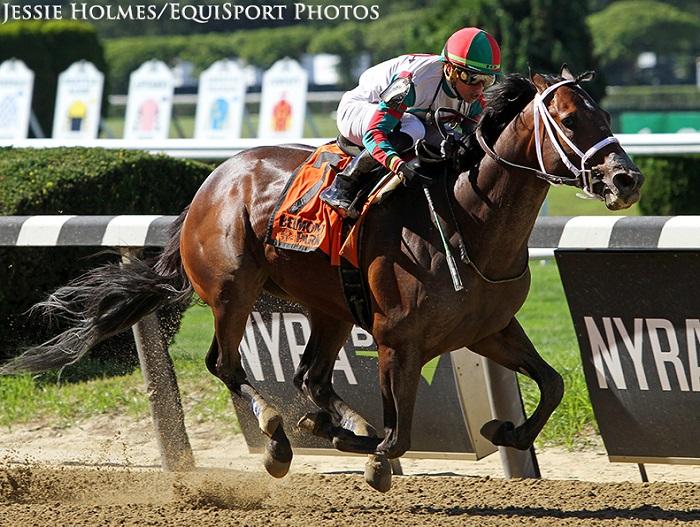 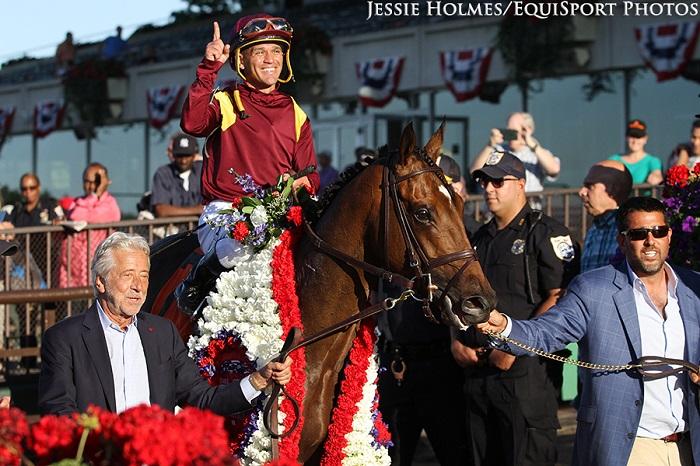 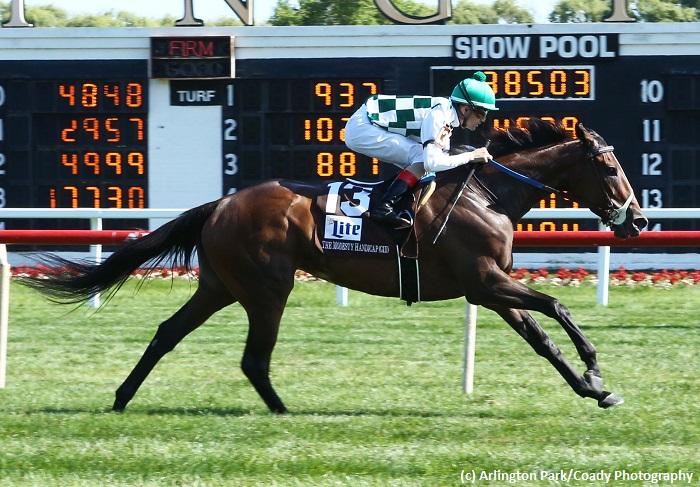 A number of runners, and almost-runners, from this year’s Kentucky Derby (G1) showed up at Belmont Park on Saturday to take part in the track’s Stars and Stripes Day.

The biggest names entered the Dwyer Stakes (G3), which sent a field of seven a one-turn mile on the main track. Included in the group were FIRENZE FIRE, who ran 11th in the Kentucky Derby; NOBLE INDY, who filled the 17th spot in the Run for the Roses; and MENDELSSOHN, last of 20 in this year’s Derby.

Firenze Fire made his first start since the Kentucky Derby in the Dwyer and proved the break did him some good when pulling off for an effortless nine-length victory on Saturday. The Jason Servis trainee came four wide around the turn after stalking in midpack, grabbed control of the race and simply drew off under jockey Irad Ortiz Jr.

"Irad's been breezing him all week and I asked him if he was worried about anybody. He said, 'I'm not worried about anybody.' He showed it; it was unbelievable," Mr. Amore Stable's Ron Lombardi said of his homebred colt. "When he was sitting right off the pace there, and he made a move at the top of the turn, it was so easy. It's just amazing.

"There's a lot of thinking to do now," he continued. "I haven't been thinking about the Haskell ([G1] on July 29 at Monmouth Park). I think the horse needs a little more time than three weeks, but I'm not taking anything off the table right now."

Lombardi went on to indicate Firenze Fire would show up at Saratoga, where he could target such races as the July 28 Jim Dandy Stakes (G2), August 25 H. Allen Jerkens Memorial (G1) and even possibly the Travers Stakes (G1), also on August 25.

Mendelssohn returned to trainer Aidan O’Brien’s famed Ballydoyle stable in Ireland following the Kentucky Derby but shipped back over for the Dwyer, where he was sent off the 3-2 favorite. The Grade 1-winning bay prompted the early pace, and even held the lead briefly, but could not withstand Firenze Fire’s furious run. The Scat Daddy colt ended up third, a half-length behind runner-up Seven Trumpets on the wire.

"He ran a nice race for his first run in two months," said jockey Ryan Moore, who traveled from Europe for the mount. "I expect him to come forward from this today. He was comfortable, he jumped well (from the gate) and he just felt like he'd improve off how he ran today."

Noble Indy fared about as well in the Dwyer as he did in the Derby. Unlike Firenze Fire and Mendelssohn, the Todd Pletcher trainee had a start between the two races, running last of 10 in the Belmont Stakes (G1) most recently. He dueled early with Mendelssohn in the Dwyer before tiring in the lane to be last under the wire, beaten 31 3/4 lengths.

Also at Belmont Park on Saturday, CATHOLIC BOY battled his way to a head score in the Belmont Derby Invitational (G1) over the turf course for trainer Jonathan Thomas. The bay son of More Than Ready was on the Kentucky Derby trail, finishing second in the Sam F. Davis Stakes (G3) and fourth in the Florida Derby (G1), before bowing out with too few points to make the field.

There was no denying the sophomore on Saturday, though, as he duked it out with Analyze It for a second straight time. The pair first hooked up in the grassy Pennine Ridge Stakes (G3) at Belmont Park on June 2, with Catholic Boy sticking his head in front on the wire to secure victory that day. The margin was cut down to a head on Saturday, but it was enough for the colt to get his picture taken in the winner’s circle yet again.

"What a stretch drive. It was a hell of a horse race," said Thomas, who earned his first Grade 1 win as a trainer in the contest. "He really has an awful lot of heart. I didn't expect him to fight back this time. I thought we were going to finish a really good second; somehow he got it done."

Catholic Boy has proven himself on both turf and dirt, but Thomas was noncommittal regarding future plans for the colt, merely saying after the race, "I don't know what's next. Definitely a bath and dinner. And a couple of pats."

However, co-owner Robert LaPenta gave a hint about where the colt could end up next.

"My bucket list race is the Travers," he said. "I almost won it with The Cliff's Edge."

MY BOY JACK also ran in the Belmont Derby but showed little when finishing eighth, beating only one rival. The Creative Cause colt was making his first start since a fifth-placing in the Kentucky Derby two months ago.

Numerous graded contests took place on Saturday around the country, and a couple featured runners from the past two editions of the Kentucky Oaks (G1).

COACH ROCKS could do no better than seventh in this year’s Oaks but the Dale Romans pupil has reputed herself well since then, finishing second last out in the Black-Eyed Susan Stakes (G2) at Pimlico and showing up at Delaware Park on Saturday to fill that same spot in the Delaware Oaks (G2).

The most notable runner on Saturday from the Run for the Lilies was DADDYS LIL DARLING, who finished second in last year’s Kentucky Oaks to Abel Tasman. The Kenny McPeek trainee has proven to be a duel surface threat, and on Saturday showcased her turf talent with an easy 2 1/4-length victory in the Modesty Handicap (G3).

Daddys Lil Darling will remain on the grass for her next race, the Beverly D. Stakes (G1) at Arlington Park on August 11.

“It’s a thrill,” said Nancy Polk, who campaigns Daddys Lil Darling as Normandy Farm. “From the time she was little to when she was grown up she was special. We wanted to keep her bloodline going from her mother (Miss Hot Salsa) so we decided to keep her and race her. 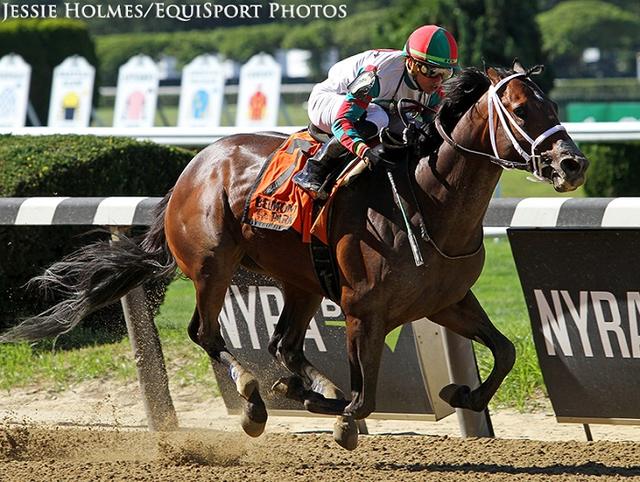