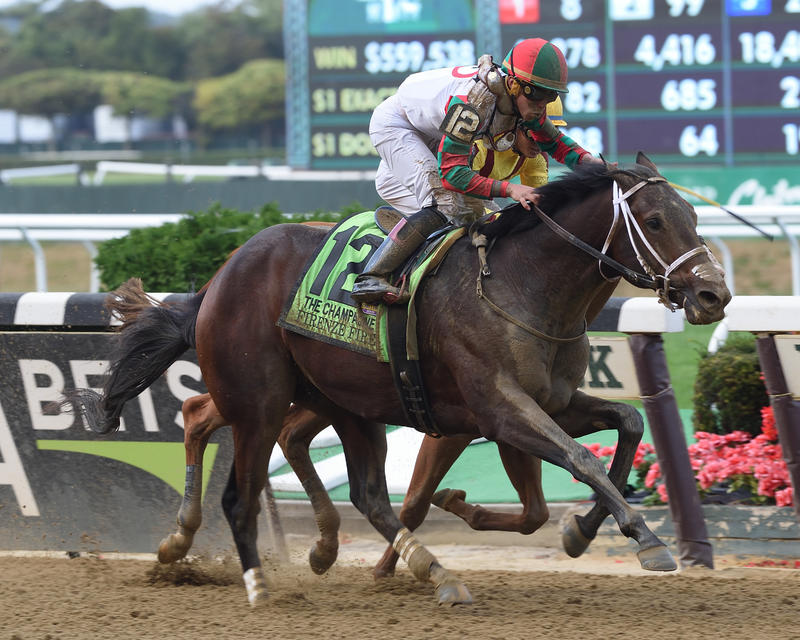 The Hopeful (G1) at Saratoga continues to bear fruit. Two colts that finished behind the winning Sporting Chance in that Labor Day test won Grade 1 races on Saturday, including Firenze Fire in an 11-1 upset of the $500,000 Champagne (G1) at Belmont Park.

Ridden by Irad Ortiz Jr., the son of Poseidon's Warrior settled near the back of the field down the backside, made a five-wide bid into contention turning for home, and wore down the maiden Good Magic in the final furlong to won by a half-length.

"He always breaks good, but we've been working with him to drop in, take some kickback, get some dirt and finish. He was working great," Ortiz said. "He broke in front but I took him back like the way we've been working him and it worked out perfect for us. When I asked him, he exploded. He responded very good."

Owned by Ron Lombardi's Mr. Amore Stable, who also bred the colt in Florida, and trained by Jason Servis, Firenze Fire paid $24 after completing one mile on a fast track in 1:35.91. Good Magic was three lengths clear of Enticed, who was a neck ahead of Kowboy Karma. Aveenu Malcainu, the 3-1 favorite, finished seventh of 12.

A debut winner at Monmouth Park on June 18, Firenze Fire posted a 12-1, one-length upset of the Sanford (G3) at Saratoga the following month, but could only finish fourth in the Hopeful. He's now earned $429,100.

"He was flat. The week before the race the horse was coughing, but sometimes you've got to run them," Servis said. "Everything's there, it's in the moment. You run them and you move on." 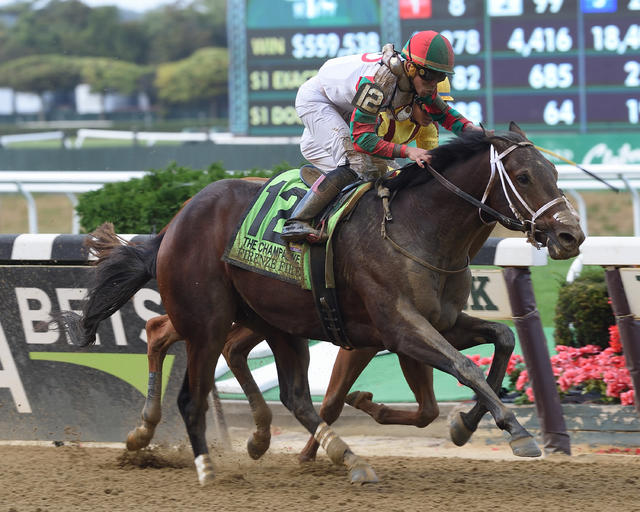