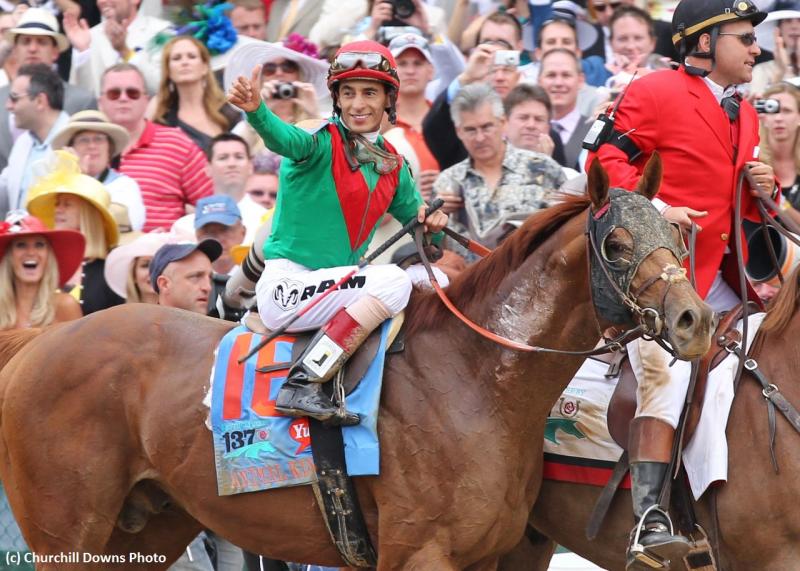 I recently viewed Kentucky Derby (G1) video covering the last 25 years, and it never gets old to me. We have witnessed some superb performances over the last 2 1/2 decades, along with some deft rides from standout jockeys.

The following compilation is not of the greatest Derby winners, nor is it which equines had the easiest of trips en route to achieving Derby glory.

I tabbed a handful of Derby heroes who might not have taken the historic race without the voyage that they encountered.

In the 1999 Run for the Roses, Chris Antley got Charismatic off quickly and kept the 31-1 longshot in the clear while always in striking range. His smooth voyage in a well-matched field was the key in holding off Menifee and Cat Thief, who each encountered some adversity during the race.

Capitalizing on the torrid fractions, Chavez brought Monarchos wide turning for home and flew past his competition late.

Jockey Victor Espinoza coaxed War Emblem to the lead around the first turn, and the colt never looked back. Espinoza kept the son of Our Emblem in perfect rhythm throughout his four-length score and he never had to go to the whip!

A trio of horses ridden by Calvin Borel could have made the list, but his ride on Street Sense was a sterling one. The son of Street Cry had just one horse beaten early on but was traveling comfortably along the fence.

Borel kept Street Sense inside when he began to pick off horses, and the veteran jockey made a decisive move coming off the rail at the top of the lane. That move likely won the colt the Derby.

Street Sense flew home a convincing 2 1/4-length winner over stubborn pacesetter Hard Spun, but the outcome could have been different without his voyage.

Graham Motion trainee made his dirt debut in the 2011 Kentucky Derby. The future Hall of Fame colt broke from the 16 post and was in midpack between runners along the back stretch.

Approaching the turn for home, pick-up pilot John Velazquez got Animal Kingdom in the clear at just the right time and he let his mount do the rest.

Animal Kingdom was the best horse in this field and might have won regardless, but the great trip surely didn’t hurt his chances.