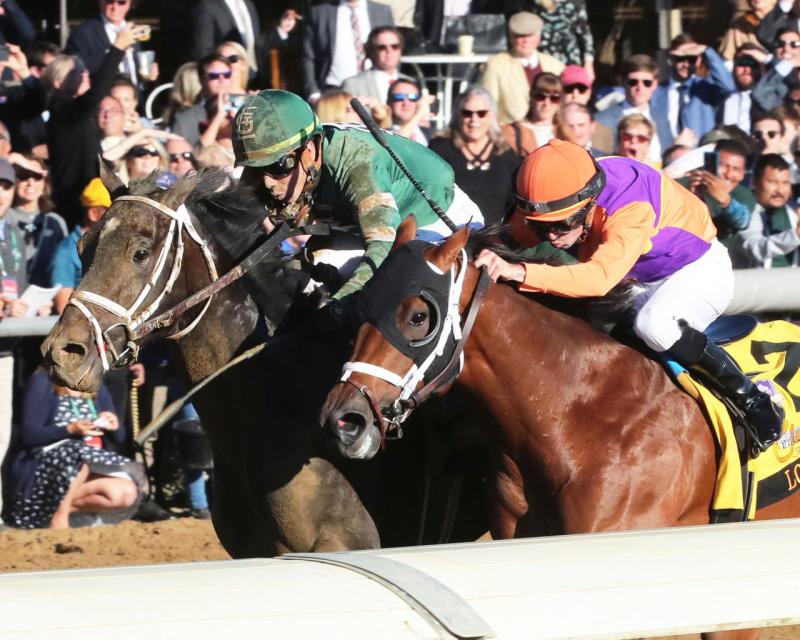 LEXINGTON, Ky. -- Forte and Loggins put on a show before a sun-drenched crowd at Keeneland on Saturday, dueling through the short stretch in the $600,000 Breeders' Futurity (G1). At the wire, it was Forte who had his neck in front under Irad Ortiz Jr.

The pair brushed enough inside the final furlong to prompt Florent Geroux, aboard 3-2 favorite Loggins, to lodge a claim of foul against Forte. The objection was eventually disallowed.

Owned by Repole Stable and St. Elias Stables, Forte is trained by Todd Pletcher, who was winning the Breeders' Futurity for the third time following the back-to-back wins by We Miss Artie and Carpe Diem in 2013 and 2014.

Forte moves on to next month's Breeders' Cup Juvenile (G1) at Keeneland with three wins from four starts. A maiden winner at Belmont Park on debut, he finished fourth as the favorite in the Sanford (G3) prior to rebounding in the Sept. 5 Hopeful (G1) at Saratoga by three lengths.

Bred in Kentucky by South Gate Farm, Forte was sold for $110,000 at Keeneland September. By Violence, he is out of the multiple stakes winner Queen Caroline, by Blame. Forte hails from the same female family as champions Essential Quality and Folklore. 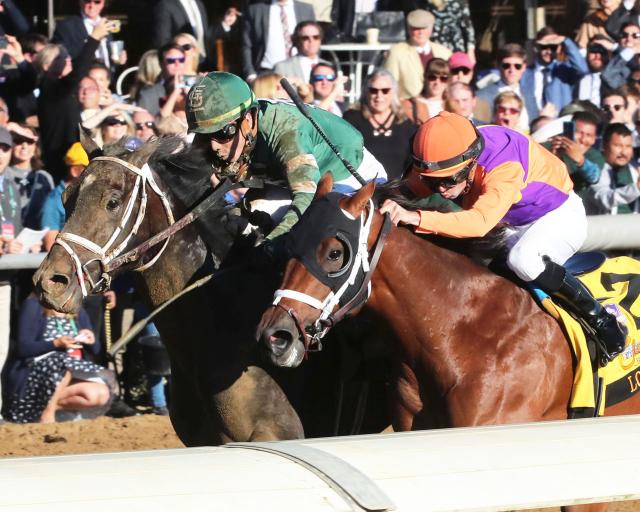