Fountain of Youth is the Best Bet of the Weekend 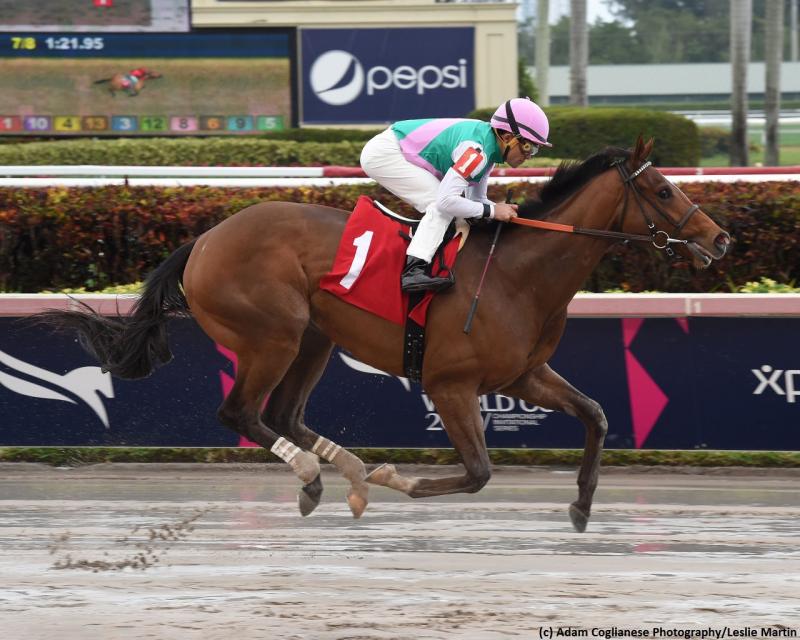 Juddmonte Farms’ homebred Hidden Scroll debuted on January 26 at Gulfstream Park and drew the rail in a crowded 13-horse field. What he did in that race against a nice group of prospects was pretty special.

The Hard Spun colt broke best and increased his advantage at every call, ultimately decimating his foes by 14 lengths in a virtual hand ride from Joel Rosario. I think this colt will be on his game once again in Saturday’s $400,000 Fountain of Youth Stakes (G2) back at Gulfstream. He is the Best Bet of the Weekend.

Conditioned by Bill Mott, the Kentucky-bred did his impressive work on a sloppy, sealed surface, and he still has a lot of questions to answer. Hidden Scroll must prove his ability on a fast surface, and he also has to be up to the task of doing the same kind of damage against a field of this caliber. I think that he will do both on Saturday and become the leading Kentucky Derby contender in the process.

Hidden Scroll is bred to be classy and appears to be just that. His dam, the unraced Empire Maker mare Sheba Queen, is a half-sister to Grade 2 heroine and three-time Grade 3 winner Starformer. Etoile Montante, Hidden Scroll’s second dam, was a Group 1 winner. This family traces back to some sensational horses, with names like Bowman’s Band, Sightseek, Tates Creek and more filling up the catalog page.

I love the confidence Hidden Scroll’s oft-conservative connections are showing in throwing him into the Fountain of Youth with just a single race under his belt. I also like the confidence of what they are saying.

Garrett O’Rourke, the U.S. racing manager for Juddmonte, has already stated that the Florida Derby (G1) and Kentucky Derby (G1) are on the colt’s dance card. My take on that is O’Rourke and his team thinks a whole lot of Hidden Scroll if they are even mentioning a certain race in early May.

The Fountain of Youth has a lot of potential early speed in the field. The 7 post position seems ideal for Hidden Scroll to avoid any early traffic and to allow Rosario to get the trip that he wants throughout.

My key horse underneath of the favorite is Bourbon War. The son of Tapit is out of the talented Grade 1 victress My Conquestadory and the colt looks like he might be running to his pedigree.

Bourbon War was a winner on debut at Aqueduct and finished fourth in the subsequent Remsen Stakes (G2) to cap his 2018 campaign. In his three-year-old bow, the bay colt received a lot of seasoning in rallying through a crowd to win an allowance/optional claimer going away late at Gulfstream.

Bourbon War has paired up 96 BRIS Speed numbers with BRIS Late Pace figures of 107 and 108. A small step forward will give him every chance to make the frame from off the pace.