The European Road to the Kentucky Derby moves to the “headquarters” of British racing on Saturday, Newmarket, for the Royal Lodge (G2).

Unbeaten world champion Frankel won the Royal Lodge in 2010, the last running at its historic home at Ascot before the change of venue to Newmarket. Now Frankel is the sire of the top two betting choices in Saturday’s edition, even-money favorite Nelson and the 5-2 Herculean (scratched - see update below).

Nelson, owned by the Coolmore partners and trained by Aidan O’Brien, has won his past two in grand style at Leopardstown. Last time out, he opened up by three lengths in the Willis Towers Watson Champions Juvenile (G3), a “Win & You’re In” for the Breeders’ Cup Juvenile Turf (G1). Nelson will be making his first start outside of Ireland in the Royal Lodge, which likewise offers a free berth to the Juvenile Turf.

Herculean is a homebred for Frankel’s owner/breeder, Prince Khalid Abdullah’s Juddmonte Farms. The Roger Charlton trainee is the least experienced runner in the six-horse field, with just one race under his belt. But Herculean created a fine impression by winning his debut at Ascot, and the chestnut with the blaze face and knee-high stockings sports a flashy appearance. Note that ace jockey Ryan Moore, who rode him that day, switches to Nelson on Saturday, and bettors may take that as a guide to their relative win chances.

Update: Herculean has been withdrawn after an unsatisfactory scope, an indication that he is a bit under the weather. Charlton is reportedly inclined to rest him and gear back up next season.

American turf champion and leading sire Kitten’s Joy fields a prime contender in Roaring Lion, who is out of a Grade 1-placed daughter of 2007 Kentucky Derby champion Street Sense. Perfect from two starts for trainer John Gosden, the Kentucky-bred gray has stayed on powerfully at the end of both of his races. Roaring Lion may be the best value play at 9-2.

The Mark Johnston-trained Mildenberger must be respected for his three-for-four record, and his lone loss was a third in perhaps the season’s key juvenile stakes so far, the Vintage (G2) at Glorious Goodwood. He was last seen getting up in time in the Stonehenge Stakes at – can you guess where? – Salisbury. Petrus has not raced since his July 7 maiden win, while Midnight Wilde appears out of his depth in this company.

The Royal Lodge may have a small field, but its historical significance is larger. Since its establishment as a mile fixture for juveniles in 1948, its honor roll includes Epsom Derby winners St Paddy (1959), Royal Palace (1966), Shirley Heights (1977), and Benny the Dip (1996).

As with the other European Road scoring races this fall, the Royal Lodge offers points to the top four finishers on a 10-4-2-1 basis. You can watch and wager at TwinSpires.com – be sure to tune in early Saturday because post time is 8:50 a.m. (EDT). 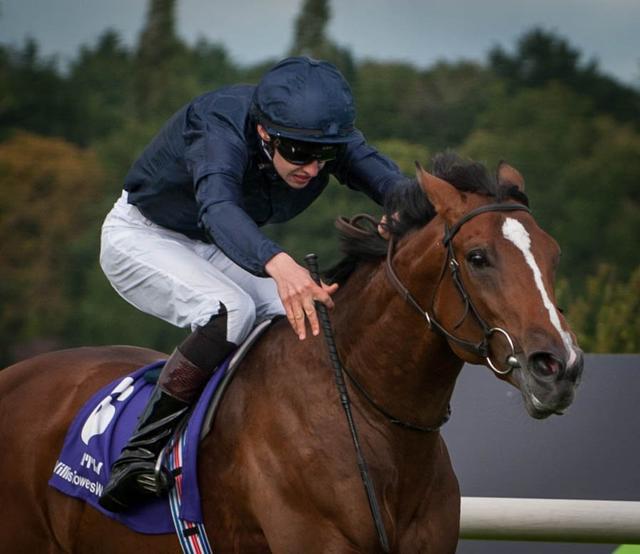