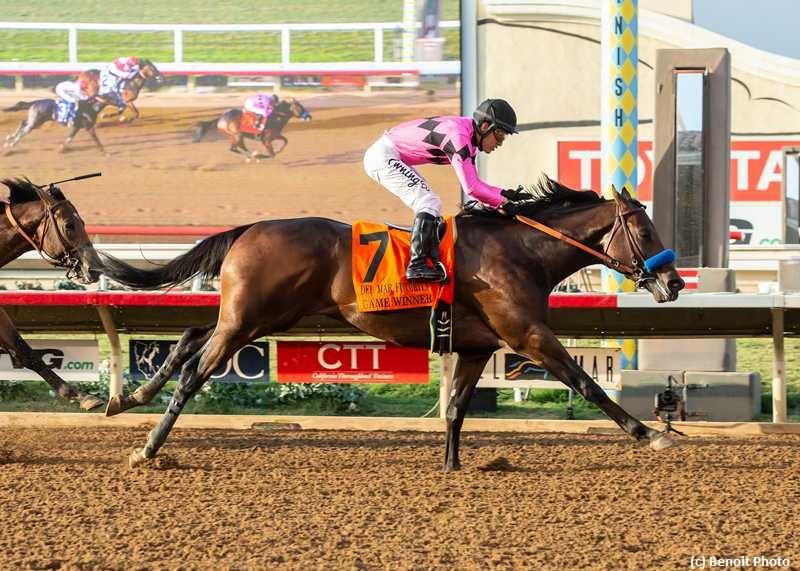 It started life as the Norfolk and in recent years has been run as the FrontRunner. On Saturday, the $300,000 American Pharoah (G1) at Santa Anita Park oozes with long-term implications as both a Road to the Kentucky Derby series prep and a "Win & You're In" Breeders' Cup Challenge race for the $2 million Breeders' Cup Juvenile (G1) at Churchill Downs on November 2.

As part of the Road to the Kentucky Derby series, the American Pharoah, renamed this year for the 2015 Triple Crown winner, will offer qualifying points of 10-4-2-1 to the top four finishers, thus only one among the field of five will walk back to the barn without any Derby points.

The Futurity also marked the stakes debut for Rowayton, who won on debut by 1 3/4 lengths for trainer Jerry Hollendorfer in the early days of the Del Mar meeting.

Stepping up to stakes company in the American Pharoah is Gunmetal Gray. Fifth in his debut behind eventual Del Mar Futurity third Roadster, Gunmetal Gray successfully stretched out to a mile last time to graduate by 6 3/4 lengths, earning a 96 BRIS Speed rating.

Maiden winner Sigalert was a distant fourth of five runners in the Del Mar Futurity, while Jefe remains a maiden after placing in his first three starts.

You can watch and wager on the American Pharoah at TwinSpires.com. 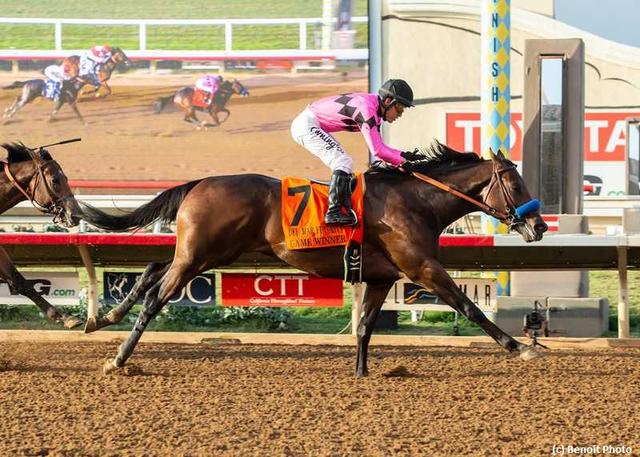