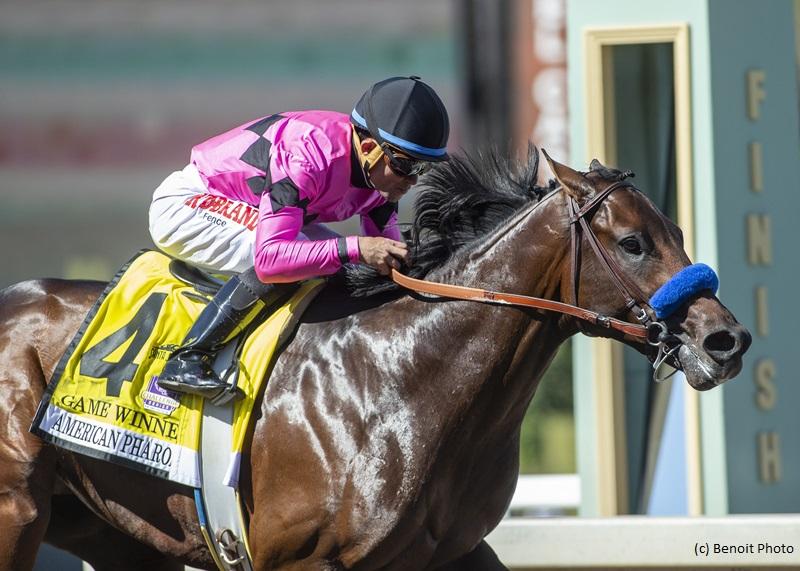 Game Winner confirmed himself as a major prospect for the 2019 Kentucky Derby with a 4 1/2-length victory in the American Pharoah (G1) at Santa Anita, remaining unbeaten in his third career start and two-turn debut for owners Gary and Mary West and Hall of Fame trainer Bob Baffert.

He earned 10 points winning the second of 35 races in the Road to the Kentucky Derby series, joining Iroquois (G3) winner Cairo Cat atop the early Kentucky Derby Leaderboard.

Baffert is synonymous with the Triple Crown, posting a record 15 race wins and sweeping the Kentucky Derby, Preakness and Belmont Stakes with American Pharoah (2015) and Justify (2018) in the last four years. The five-time Kentucky Derby winner will be seeking to tie all-time leader Ben Jones, who captured six editions of the Run for the Roses from 1938-52.

Game Winner has established himself as the probable favorite for the Breeders’ Cup Juvenile (G1) at Churchill Downs on November 2. Joel Rosario rides the son of Candy Ride and the bay colt appears well-suited for longer distances; he’s out of an unraced A.P. Indy mare and counts Fleet Indian, a convincing winner of the Personal Ensign (G1) and Delaware Handicap (G2) at 1 1/4 miles, as his second maternal dam.

“This horse tipped us off this summer that he was going to be a good one,” Baffert noted. “He is strong and he still looks a little heavy. It’s exciting to have this horse.”

Game Winner raced up close in his first outing, a six-furlong maiden special weight at Del Mar on August 18, and blew the competition away entering the stretch as he drove to a 5 3/4-length score. The promising youngster came back for the Del Mar Futurity (G1) 16 days later and displayed a new dimension rating off a fast early pace, rallying into contention on the far turn and determinedly outfinishing a pair of well-regarded foes to win edging away by 1 1/2 lengths.

The American Pharoah lacked suspense as Game Winner always appear to be traveling best while racing on the front end through slow fractions with Rowayton. He seized the lead leaving the far turn and drew off nicely through the stretch, completing the final five-sixteenths in a respectable :31.92.

Game Winner has been beating up on short fields, taking a six-horse Del Mar Futurity and five-horse American Pharoah, and arguably defeated a suspect bunch in the latter with sidelined rivals Instagrand and Roadster missing scheduled appearances.

There’s still plenty to like about the up-and-coming colt. Game Winner has earned a commendable 97 BRIS Speed rating in the last two starts and won with seemingly more in the tank every time. And it’s easy to envision further progress for the ever-dangerous Baffert, who has also trained Juvenile winners New Year’s Day, Midshipman and Vindication.

“I just want to keep him healthy; I don’t plan to do too much with him before the Breeders Cup,” Baffert said. “The good ones get there. I was very happy to win the first American Pharoah (renamed this year after being formerly known as the FrontRunner Stakes). Pretty cool and nice of Santa Anita to name a race after him. We had the same groom on this horse as American Pharoah (Eduardo Luna).” 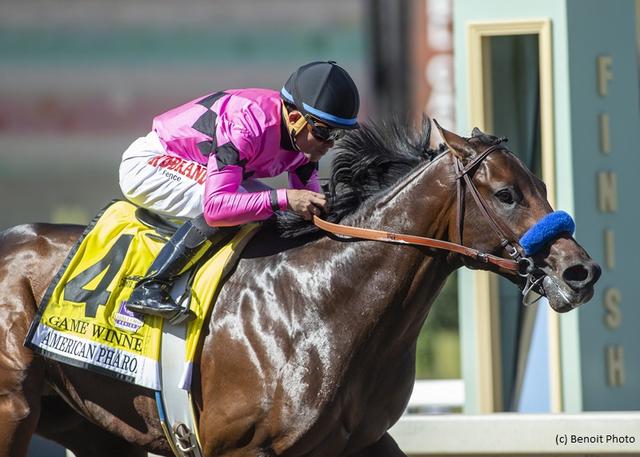