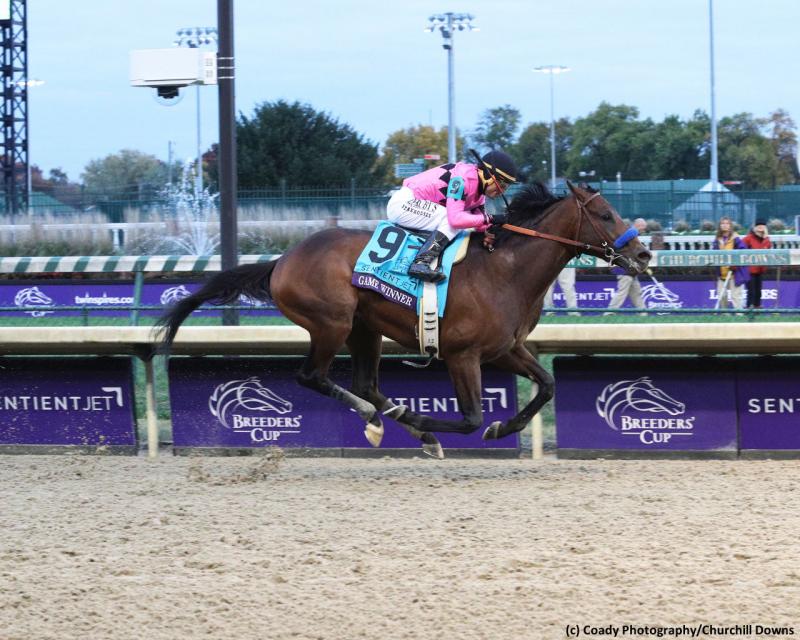 Champion Game Winner, last seen circumnavigating Churchill Downs in a wide-trip Kentucky Derby (G1), towers over a short field in Saturday’s $150,000 Los Alamitos Derby (G3). Only three rivals have signed on for the 1 1/8-mile feature, expected to serve as Game Winner’s stepping stone to the August 24 Travers (G1) at Saratoga.

Unbeaten at two when clinching an Eclipse Award in the Breeders’ Cup Juvenile (G1), the Bob Baffert trainee hasn’t managed a win this season. Yet that stat doesn’t reflect how well Game Winner has performed in defeat. He missed by only a nose in the second Rebel (G2) division to Omaha Beach, who would go on to rank as the early Derby favorite before being sidelined. Game Winner again turned in a fine effort in the Santa Anita Derby (G1), only to be run down late by stablemate Roadster.

All indications pointed to Game Winner peaking in his third start of the year in the Kentucky Derby, but a tough trip proved his undoing. Lagging far back in the field early, he was hung out very wide, and improved his position until crossing the wire in sixth. Game Winner was beaten just 3 3/4 lengths by fellow Gary and Mary West colorbearer Maximum Security, while covering 74 more feet (according to Trakus). His ground loss was greater than his margin of defeat, and upon the disqualification of Maximum Security, he was officially placed fifth.

Game Winner makes an equipment change here, adding blinkers that he hasn’t worn since his career debut. Joel Rosario retains the mount on the champion, who breaks from the rail as the heavy favorite.

It would be an understatement to say that Game Winner is the one to beat, since he’s by far the class of the field. One way of quantifying his superiority is by the Brisnet Prime Power rankings, where he holds a 15.4-point advantage over stablemate Kingly (148.1 versus 132.7).

Kingly is the only other stakes winner in the group. A half-brother to New Year’s Day (sire of Maximum Security) and a full brother to Mohaymen, Kingly captured the California Derby over the Tapeta surface at Golden Gate Fields. He’s since finished third in the off-the-turf Alcatraz and a troubled fifth behind another Baffert pupil, Mucho Gusto, in the June 16 Affirmed (G3). Mario Gutierrez has the return call aboard the potential pacesetter.

Drawn in between the Baffert pair, in post 2, is Feeling Strong from the Hector Palma barn. The California-bred tries open company for the first time after a pair of placings in restricted stakes and an entry-level allowance score in his latest. Trainer Doug O’Neill entered Parsimony, still a maiden through 12 starts but runner-up in the Cinema S. on the Santa Anita turf. With tactical speed himself, Parsimony is the other logical pace player as Martin Garcia guides from post 4.

Post time for the Los Alamitos Derby is 6:28 p.m. (EDT), and the action isn’t over then. Later Saturday night, Kentucky Derby and Oaks veterans are competing on a big card at Indiana Grand.

The $500,000 Indiana Derby (G3) features a much more competitive line-up than Los Al. Mr. Money, winner of the Matt Winn (G3) and Pat Day Mile (G3) by a combined margin of 11 3/4 lengths, brings a hot hand. The Bret Calhoun pupil must prove he’s not just a Churchill specialist, however, and he’s drawn widest of all in post 11.

Mr. Money figures to be tested by the respective second and third from the Ohio Derby (G3), Math Wizard and Long Range Toddy (hero of the first Rebel division and an also-ran in the Kentucky Derby); Maryland shipper Alwaysmining, well below his best when 11th in the Preakness (G1) but most recently third in the Easy Goer; UAE Derby (G2) runner-up Gray Magician, who has been freshened since his poor run in the Kentucky Derby; and Roiland, unsuccessful in a series of Derby points races but representing high-percentage connections in trainer Tom Amoss and jockey DeShawn Parker. Not be overlooked is Dallas Stewart’s duo of Frolic More and Chess Chief.

Unbeaten With Dignity, a half-sister to McCraken, makes her stakes debut for Ian Wilkes. The Whitham homebred exits an allowance victory like a few other contenders – the impressive Kim K, Sweet Diane (previously the Fair Grounds Oaks third), and Shacklette (who upset the troubled Sundaysatthebeach). Grade 2-placed High Regard reverts to her own age group after a fourth in an allowance versus elders, while Sally’s Curlin steps up from a maiden win.

You can watch and wager on both Indiana Grand and Los Alamitos at TwinSpires.com. 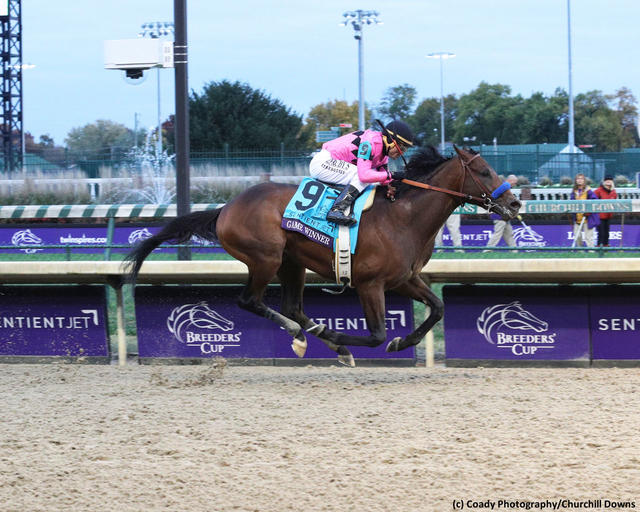