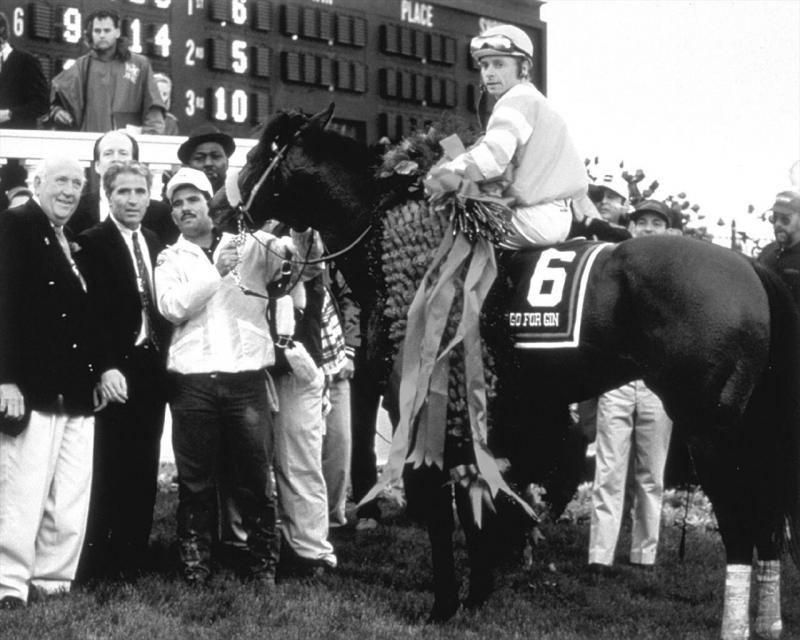 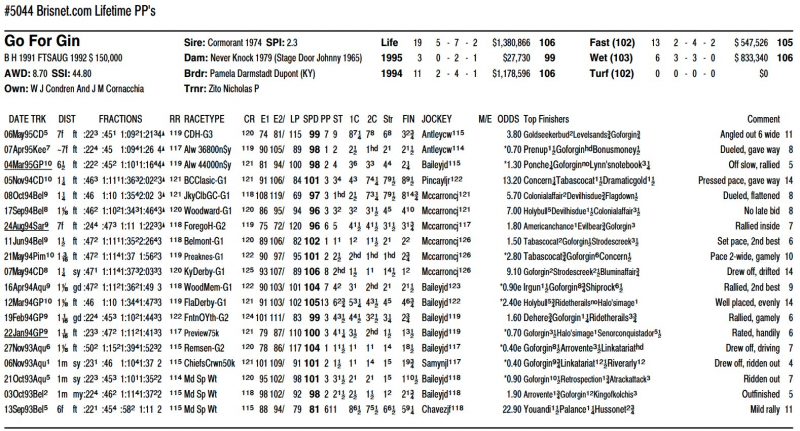 Go for Gin, who splashed his way through the slop at Churchill Downs to win the 1994 Kentucky Derby (G1), has died at the age of 31.

The cause of death, which occurred Tuesday, was heart failure, according to officials at the Kentucky Horse Park. Go for Gin had resided at the park since 2011 when he was pensioned from stud duty.

"We're honored that Go for Gin was an ambassador of the park for nearly 12 years," said Kentucky Horse Park Executive Director Lee Carter. "As a visitor favorite, Go for Gin brought visitors from around the world to the Bluegrass and introduced new fans to the sport of Thoroughbred racing. He will be greatly missed by all of us at the Kentucky Horse Park."

The 9-1 fifth choice in a field of 14 for the 1994 Derby, Go for Gin led most of the way to win by two lengths over Strodes Creek. Holy Bull, who would be named champion three-year-old colt and Horse of the Year that season, finished 12th as the 2-1 favorite after a rough trip.

Go for Gin provided trainer Nick Zito and jockey Chris McCarron, both Hall of Famers, with their second wins in the Run for the Roses. Zito trained 1991 Derby winner Strike the Gold, while McCarron had ridden Alysheba to victory in 1987. Go for Gin was owned by William Condren and Joseph Cornacchia, who also owned Strike the Gold in a partnership with B. Giles Brophy.

The Kentucky Derby was the fourth and final stakes win in Go for Gin's career. His signature wins prior to the Derby occurred in the 1993 Remsen (G2) at Aqueduct and the 1994 Preview S. at Gulfstream Park, now known as the Holy Bull (G3).

Initially standing at Claiborne Farm upon his retirement, Go for Gin was later sold to Bonita Farm in Maryland. His most accomplished offspring was 2000 Jockey Club Gold Cup (G1) winner Albert the Great.

Bred in Kentucky by Pamela Darmstadt du Pont, Go for Gin was by the New York-based Cormorant and out of the Stage Door Johnny mare Never Knock. Go for Gin was a half-brother to 1992 champion older male Pleasant Tap.

The Kentucky Horse Park announced Go for Gin would be buried at the Memorial Park of Champions alongside Derby winners Alysheba and Bold Forbes, as well as the Hall of Fame geldings Forego and John Henry. A public memorial service will be held at a future date.

At the time of his death, Go for Gin was the oldest living winner of the Kentucky Derby. 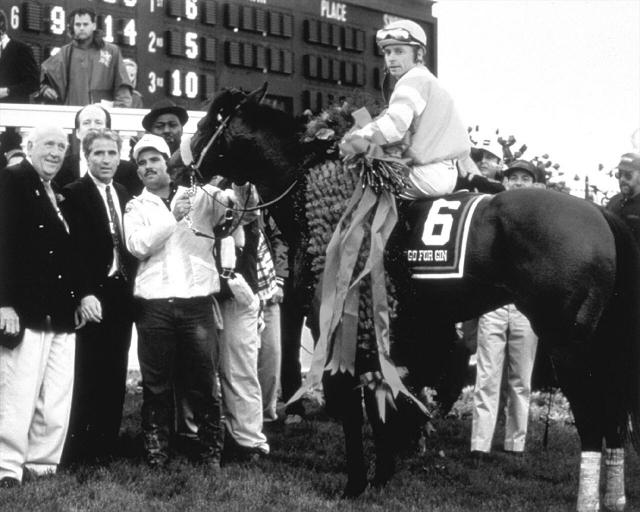