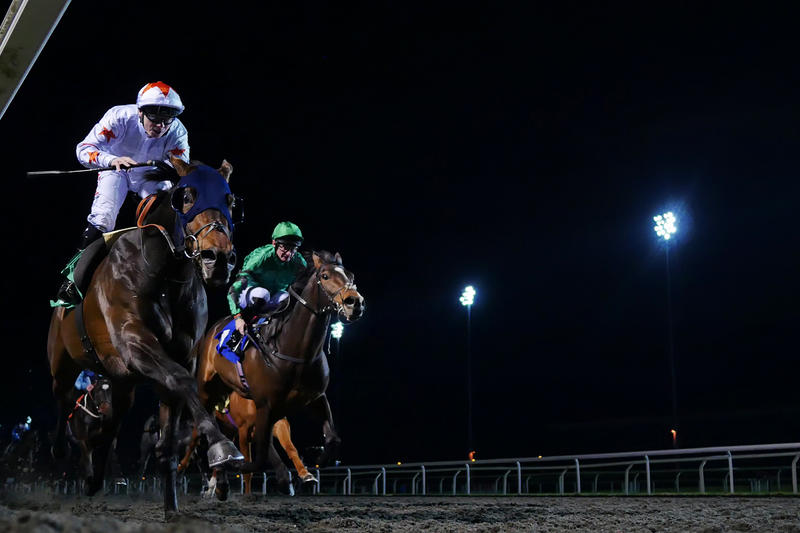 New England Patriots star Rob Gronkowski may be currently mulling his future in the NFL, but the three-year-old colt Gronkowski is just getting started. With a physique worthy of his namesake, the British-based Triple Crown nominee muscled his way to victory – and survived a stewards’ inquiry – in Wednesday’s Road to the Kentucky Derby Conditions Stakes at Kempton Park near London.

Dispatched as the 6-4 favorite in Great Britain, and a heavier 3-5 favorite in North America, Gronkowski employed a different running style from his past two wins. Instead of being on or near the lead, the Jeremy Noseda trainee was reserved off the pace early. But “Gronk” didn’t like the restraint, and jockey Jamie Spencer let him roll forward to press front-running Ventura Knight as they neared the right-handed turn for home.

While Gronkowski appeared ready to power clear upon straightening, Spencer continued to hold onto him and didn’t ask him until midstretch. Then he put away Ventura Knight, the closing Fortune’s Pearl wasn’t finding enough to threaten, and most of the rest were treading water.

The exception, however, was Court House, who loomed a danger on the rail. Under left-handed urging from Spencer, Gronkowski lumbered across Court House’s path and forced him to alter course in the midst of his rally. Court House picked up again, this time on Gronkowski’s outside, but it was too late. Gronk was already three-quarters of a length up at the wire.

The stewards conducted an inquiry but let the result stand. If Court House could be considered a little unlucky, he had gotten off to a tardy start, as usual, and Gronkowski wouldn’t have been easy to tackle with a clear passage either.

Court House, who took home 8 points for the runner-up spot, would need to be made eligible for the Triple Crown for those to count meaningfully. Same goes for the third-placer Fortune’s Pearl (4 points) and fourth Ventura Knight (2 points). Aside from Gronkowski, the only other Triple Crown nominee, Three Weeks, earned no points in fifth. Next came the maiden Ambient and Bobby Biscuit, who attended the pacesetter Ventura Knight early but dropped away after Gronkowski made his move.

Now a perfect three-for-three on synthetic surfaces, Gronkowski completed the mile on Polytrack in 1:37.74. He began his career on turf last summer, finishing seventh after a slow start at Newbury but improved to take second at Newmarket. Gronkowski has been a different horse since donning blinkers and moving to synthetic tracks. A four-length winner November 9 at Chelmsford, he bossed two opponents February 9 at Newcastle, and made it a hat trick here.

Bred in Kentucky by Epic Thoroughbreds, Gronkowski is an auction veteran. He brought $75,000 as a weanling at Keeneland November, exported and sold for 50,000 guineas as a yearling at Tattersalls October, and finally purchased by Phoenix Thoroughbred – the owner of Kentucky Oaks (G1) contender Dream Tree and Smarty Jones scorer Mourinho – for 300,000 guineas as a two-year-old in training at last April’s Tattersalls Craven Breeze-Up Sale.

Gronkowski is by Australian celebrity Lonhro, who also has a well-regarded sophomore Down Under in Godolphin’s Kementari. Gronkowski’s dam, Four Sugars, is by two-time champion Lookin at Lucky, the unlucky sixth in the 2010 Kentucky Derby but subsequent hero of the Preakness (G1) and Haskell (G1). Four Sugars is a half-sister to Flashy Bull, winner of the 2007 Stephen Foster (G1) at Churchill Downs.

Two races remain on the European Road to the Kentucky Derby. After Friday’s Patton S., which could involve O’Brien’s Breeders’ Cup Juvenile Turf (G1) victor Mendelssohn, the series concludes with the March 30 Burradon S. at Newcastle.

At last report before Kempton, Noseda was entertaining a U.S. prep rather than keeping Gronkowski on the European Road. 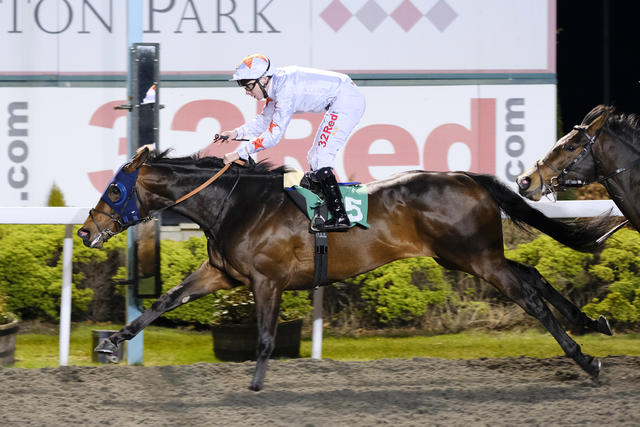