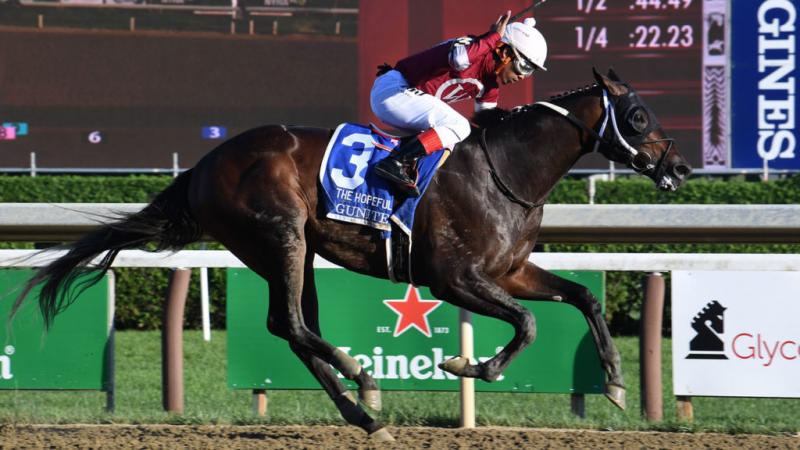 The top two finishers from the Sept. 6 Hopeful S. (G1) at Saratoga, Gunite and Wit, head six runners in Saturday’s $500,000 Champagne S. (G1). One of four stakes at Belmont Park, the mile race is the first Road to the Kentucky Derby series qualifier in New York, awarding points on a 10-4-2-1 scale to the top four finishers.

Sea Hero (1993) is the last Champagne winner to capture the Kentucky Derby.

The Champagne also guarantees a berth to the Nov. 5 Breeders’ Cup Juvenile (G1) at Del Mar as a “Win & You’re In” event.

Wit will try to rebound after a troubled second as the 3-5 favorite in the Hopeful, stumbling badly out of the starting gate. An impressive debut winner for two-time Kentucky Derby winner Todd Pletcher, the Practical Joke colt romped by eight lengths in the Sanford S. (G3) the second time out. Irad Ortiz Jr. rides.

Pletcher has three in the field. My Prankster stamped himself as one to watch winning his career debut by 10 lengths at Saratoga on Aug. 21, and Luis Saez will ride the promising Into Mischief colt. Commandperformance jumps to stakes competition following a runner-up finish versus maiden special weight foes in his first outing.

Jack Christopher will make his first stakes attempt for Chad Brown after drawing away to an 8 3/4-length victory in his initial appearance on the Aug. 28 Travers undercard. Jose Ortiz will be back up on the son of Munnings. Kavod, unplaced versus stakes foes in his last two, completes the field. 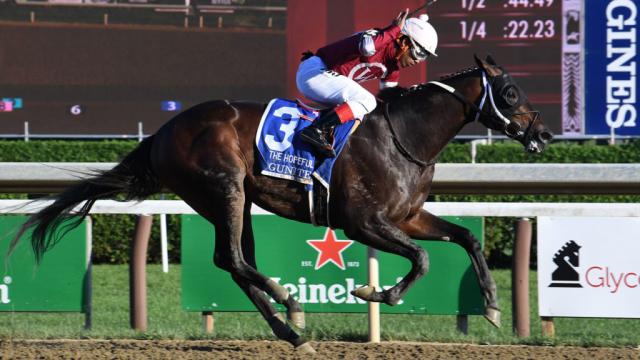